The service, unveiled in March by L3Harris Technologies, was developed to identify unusual FDR parameter patterns, highlight them for user inspection and eliminate the need to physically remove or send a recorder off-site for verification. L3Harris Technologies CTO Chris Jesse described the service as being “revolutionary for the industry as it provides operators with the ability to test their equipment and generate the necessary documentation faster than ever before” in a March 26 press release.

“The automation consists in having some mathematical algorithms in place to look for correlations between parameters, expected values of specific parameters - per fleet, per flight phase,” Jesse said.

A key aspect of the new service is aimed at removing the need for FDR parameter analysis by MROs and operators. It allows the end user to upload their flight data, choose the regulatory authority they’re providing a verification for and then Express Readout generates the necessary documentation. L3Harris Technologies also provides two different versions of the service, including an automated self-service and a full validation service where one of their data specialist guarantees the generation of the verification report within one business day.

An example of the verification report generated by Express Readout. Photo: L3Harris Technologies

According to Jesse, each flight information region has its own set of rules when it comes to FDR verification checks. In Europe, operators must adhere to "Part-CAT of Regulation (EU) No 965/2012 on Air Operations," requiring them to conduct operational checks and evaluations of recordings of flight recorders in order to ensure their "continued serviceability." The International Civil Aviation Organization (ICAO) also recommends several scheduled tasks to comply with this requirement.

Up to 50 flight hours of data across multiple flights can be inspected within the same readout using the new service. FDR parameters to be analyzed include "Signed, Unsigned, BCD and ASCII," according to Jesse, who also provided examples of the types of verification capabilities of Express Readout.

“Example: we expect Airspeed to be between 250 kt and 350 kt during climb for a B737 NG and we expect Rudder Pedal to be correlated with the Rudder during a 'turn in flight'. A more subtle automation consists in the fact that between any two parameters there is a correlation - it can be close to null or close to 1 (which translates to a perfect match) - setting the appropriate threshold for the pair of parameters makes the difference between a reliable test and an unreliable test. In the same context we do something called 'masking', which basically means we hide bits of the parameters which are not relevant for the scope - we use things like saturation tests and rate of change tests,” Jesse said. 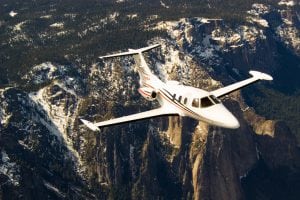 Safety in Avionics: It Ought to Be in Pictures