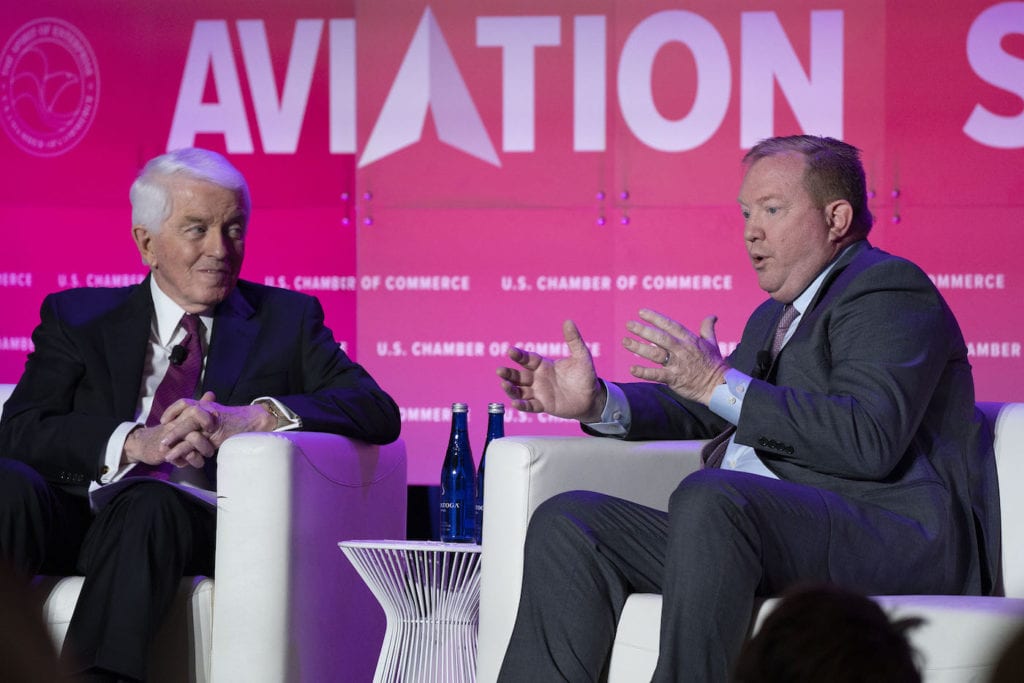 Boeing Commercial Airplanes CEO Stan Deal expects the grounded 737 MAX fleet to achieve re-certification and a return to service by mid-year, the executive said during a fireside chat at the U.S. Chamber of Commerce’s annual Aviation Summit.

Deal took over as the chief executive of the commercial airplanes division for Boeing in October 2019, following months of the global 737 MAX fleet being grounded as a result of the Ethiopian Airlines and Lion Air crashes that killed a combined 346 passengers and crew onboard. The next milestone for the grounded MAX fleet is a certification flight, which FAA Administrator Stephen Dickson said during a separate question and answer session at the Aviation Summit could happen in the “next few weeks.”

“For our operators, there is frustration and it’s taking time, but we still believe mid-year, subject to our regulators being the final verification of our hard work, we’ll have that airplane operating by mid-year,” Deal said.

Canadian transport minister Marc Garneau told reporters during a question and answer session that Canada is still working with the FAA and other aviation regulators to review modifications made to the 737 MAX, but the plane will remain grounded until criteria specific to Canada are met, according to Politico.

“We may end up with the same thing," said Garneau. "But what I'm saying is we don't exclude the fact that we could end up doing some things differently."

Boeing temporarily suspended 737 MAX production in January, and there are currently 420 aircraft that are in storage and waiting to be delivered. Deal said that the airplane maker is focused on finalizing a software update to the aircraft’s maneuvering characteristics augmentation system (MCAS) system that contributed to the Ethiopian Airlines and Lion Air accidents.

Changes Boeing has made to the MCAS functionality include a new dual sensor feed that will compare data from both angle of attack (AOA) vanes, instead of relying on one, according to Deal. On a section of Boeing’s corporate website dedicated to 737 MAX updates, the company also describes how the MCAS software update will also feature “three additional layers of protection.”

“We’ve made changes to the airplane in terms of how the system gets input from the angle of attack vanes, it will cross-compare with two, and it will only activate the MCAS system a single time in the condition that the accident occurred. We’ve re-looked at the training, we recommended enhancements to the training, that every pilot gets the opportunity to be in the MAX simulator,” Deal said.

How Boeing and airlines that fly the 737 MAX will re-train pilots on the updated flight control computer functionality has been a focus of regulators and safety experts tasked with investigating the two crashes and with reviewing changes to the MCAS software in recent months. In January, Boeing issued a statement recommending simulator training for MAX pilots to the FAA, although the agency ultimately will make the final decision.

When the MAX first entered into service in 2017, because of its similarities to the previous generation 737 Next Generation, no simulator training was required in an effort to lower airline training costs associated with purchasing the aircraft. If a stipulation in returning the MAX fleet to service does require simulator training funded by Boeing, the manufacturer could be looking at spending billions of dollars to do so. In a lawsuit filed by the Southwest Airlines Pilots Association (SWAPA) in October, the group stated that if the FAA had initially required simulator training when the carrier first acquired the MAX, Boeing had agreed to provide Southwest up to $1 million per MAX aircraft received. 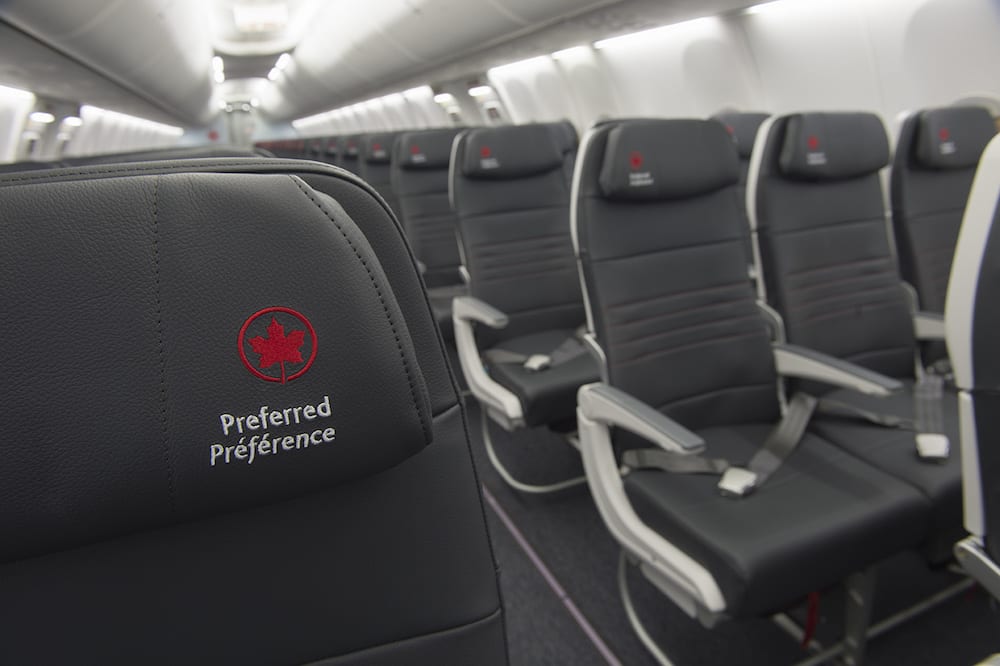 When Air Canada published its 2019 financial results in February, the carrier anticipated a return to service for its 737 MAX fleet by the third quarter of 2020. Pictured here is the cabin of an Air Canada 737 MAX. Photo: Air Canada

While the MAX fleet has remained grounded, airlines that operate the aircraft have had to make significant adjustments to their flight operations to include finding replacement aircraft for MAX routes and completely removing the aircraft type from their schedules. When Air Canada reported its annual 2019 results on Feb. 18, the carrier stated that the MAX accounts for 25 percent of its narrow-body fleet. Air Canada removed the MAX from its operating schedule until June 30, 2020, and indicated in its financial reporting that it is anticipating return to service for the MAX by the third quarter of 2020.

All three U.S. carriers that operate the aircraft have pulled it from their schedules as well, with American and Southwest removing it until August and United until September.

Southwest Airlines CEO Gary Kelly, during a separate fireside chat at the Aviation Summit, said that his pilots remain confident in the safety of the MAX.

A challenge for Southwest though, and other airlines operating the MAX will be restoring the traveling public’s confidence in the safety of the airplane. Kelly believes that one advantage of his airline is its status as an all-737 operator, and the stringent requirements they implement when hiring pilots.

Southwest only hires captain-rated pilots with a minimum of 6,000 hours of flying. Kelly said Southwest is working on a communication plan for customers when the MAX is eventually ready to return to service, and believes there are three categories of perspectives from passengers about its return.

“We’ve been talking to our customers throughout and so has the Boeing company, and in sharing our conversations they’re very similar,” Kelly said. “There is a percentage of customers who say ‘I will never fly on that airplane,’ it is a very relatively small percentage. I think there’s a much larger group who says ‘I want to see what the experience is like’ and there’s a much larger percentage that says ‘I am more likely to fly because this airplane has gone through so much scrutiny I think it’s going to be the safest airplane in the history of mankind.’” 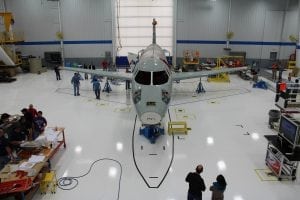