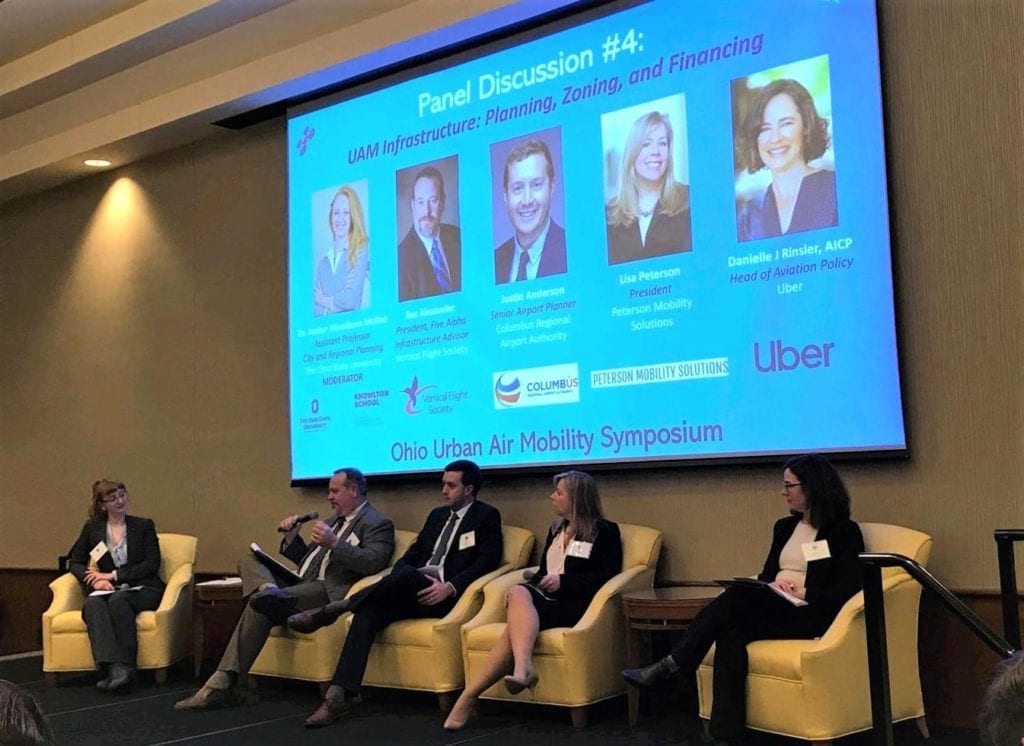 COLUMBUS, Ohio — Home to a number of leading aerospace research centers and suppliers, Ohio is taking steps to ensure it will be on the leading edge of the low-altitude urban air mobility (UAM) revolution, including medical and cargo delivery by drone as well as passenger transport.

At the Ohio UAM conference in Columbus last week, leaders touted the state’s long history as the birthplace of aviation — with plenty of good-natured jabs at North Carolina — as well as more recent projects in unmanned aviation and smart mobility.

The governor’s order also created sister effort FlyOhio, a project to “make Ohio airspace among the first in the nation ready to fly beyond line of sight,” according to the Ohio UAS Center’s website.

“We’re forming that strategic plan for the state of Ohio, and how Ohio is going to deal with the advances in aviation, and how we’re going to promote that research and development,” said Fred Judson, director of the DriveOhio UAS Center.

Working with the Dayton-based Air Force Research Lab, the UAS Center developed SkyVision, an asset located at Springfield-Beckley Airport that is used to manage a 200-square-mile parcel of unrestricted airspace between 1,000 to 10,000 feet above ground level (AGL), enabling drone flights beyond visual line of sight (BVLOS) and providing deconfliction services to unmanned and manned aircraft.

In conjunction with The Ohio State University (OSU) and many other partners, the UAS Center also developed the 33 Smart Mobility Corridor, a 35-mile stretch of highway used for autonomous ground and air vehicle testing. Three radars installed along the corridor enable safe BVLOS flight and airspace management up to 2,000 feet AGL.

One planned effort is a similar air corridor following I-71, connecting hundreds of miles of highway between Cleveland, Columbus and Cincinnati, and “using that as a blueprint to continue development for the whole state,” according to Judson.

Early use cases for UAM in Ohio are likely to include medical delivery, where the transport of relatively lightweight packages often costs thousands and speed can be critical. UPS Flight Forward, which in October was awarded a Standard Part 135 air carrier certificate by the FAA for drone delivery, hasn’t announced specific plans in Ohio but is rapidly expanding from its initial partnership with WakeMed hospitals in Raleigh, North Carolina.

“That certificate allows us to fly aircraft with the capability of up to 7,500 lbs of payload capacity,” said Edgar Valdez, HR and regulatory strategy at UPS Flight Forward. “If there’s an aircraft like that out there, we’ll fly it. We have the customers and we have the demand.”

Alice Cummings, co-founder and chief operating officer of VyrtX, a startup testing unmanned aircraft as an option for organ and tissue transport, said it was an easy decision to incorporate the company in Ohio, given the large market for medical delivery and the state’s numerous initiatives to integrate UAM, including the I-71 corridor.

“From our perspective, here in Ohio we have the revenue-generating capabilities,” Cummings said. “I’m calling out Cleveland and Columbus particularly because of OSU, because of the Cleveland Clinic; we have the early adopters ready to go and wanting to have this technology … We’re willing to rely on Ohio and Ohio’s administration because they’re just as gung-ho as we are on this.”

As for passenger UAM, Ohio’s major cities — for example Cleveland, Columbus and Cincinnati, along the proposed I-71 corridor — weren’t large enough to be captured by a market study conducted by Nexa Advisors last year. The study looked at 74 metropolitan areas Nexa believes are capable of supporting a profitable UAM ecosystem, based on factors including existing infrastructure, congestion, public transportation solutions and per capita income.

Michael Dyment, managing partner at Nexa Advisors, believes smaller cities should flourish with regional air mobility, and pointed to the firm’s analysis of Syracuse, New York — population ~140,000 — as an example.

“We found that Syracuse doesn’t have any congestion problems worth solving with eVTOLs, but they do have regional mobility problems,” Dyment told Avionics International. “A lot of people go from Syracuse to Albany, and that’s an example of a route that airlines will never accommodate because it’s short and there’s not enough volume. But it’s viable for eVTOL aircraft, and that may be a better use for smaller cities than tackling congestion.”

However, none of these UAM use cases can materialize without regulatory progress, which Rex Alexander, infrastructure advisor at the Vertical Flight Society, said is about “two and a half years behind the technology” at this point, with many questions remaining on what kind of authority and oversight the FAA will have over locally-operated infrastructure.

Representatives from Ohio’s many civil and military aerospace research and development organizations see that as a challenge to participate in solving.

“I think the threshold issue remains, from a regulatory or policy standpoint, can we get the FAA comfortable with the risk profile of this industry?” said Robert Tanner, executive director of the Ohio Federal Research Network. “Until you can demonstrate to the FAA that this is safe and you’ve thought through all the scenarios, they’ll continue to step back and watch.

“I think Ohio is actually uniquely positioned to help do that,” Tanner added. “My mission is to show the FAA how we’ve thought through these issues, to help them with that risk analysis, so that we can begin to have mainstream operations. We can demonstrate that through research that occurs here in Ohio.” 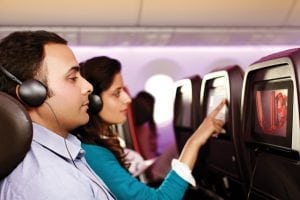