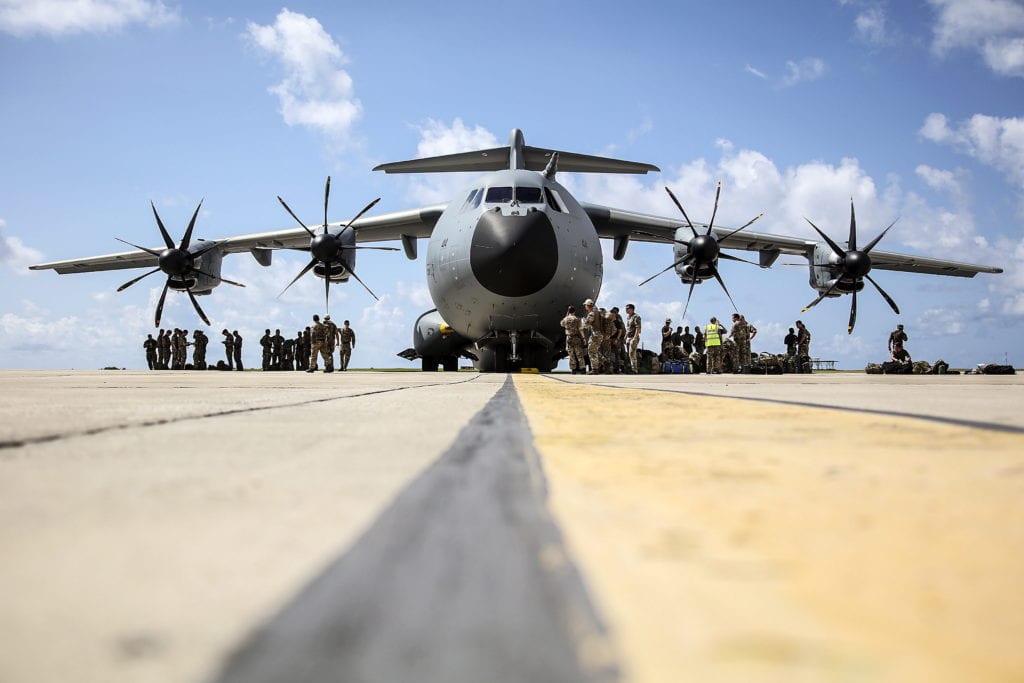 The Royal Air Force is upgrading the way it monitors and analyzes flight data on its fleet of Airbus A400M aircraft, such as the four engined tactical airlifter pictured above. Photo: Ministry of Defense

London, U.K. – The Royal Air Force is upgrading its approach to flight data monitoring (FDM) and analysis for its fleet of Airbus A400M, through the use of Teledyne Controls’ AirFASE and flight data analysis (FDA+) modules to capture and identify trends about the aircraft’s engines and other critical components.

A400M aircraft first started entering service for RAF in 2014, and has grown to a fleet of 20 aircraft with the full fleet size expected to reach 22 by the early 2020s as a fleet replacement to their C130J Hercules fleet. Used by RAF as a strategic lift and tactical air transport aircraft, the AirFASE and FDA+ technologies were procured by the UK Ministry of Defense’s (MoD) Defense Equipment and Support (DE&S) team.

This marks the first purchase of new flight data monitoring technology by DE&S since the MoD published “Regulation RA1205,” which identifies as a safety case requirement for military aircraft types. AirFASE is flight data monitoring software developed by Airbus and Teledyne Controls that is capable of translating raw flight data into engineering values. As part of the back-end support functionality for the data-capturing and storage capability provided by AirFASE, Teledyne is using IBM for its cloud computing needs and has expanded support of cloud-computing analysis and storage for operators. Teledyne now owns 100% of AirFASE.

Michael Wilkinson, who serves as officer in charge of FDM and the A400M training manager for RAF, told Avionics International that their use of the technology will bring new benefits to maintenance, flight operations, training and safety.

“We are using AirFASE to monitor the engines so that we can see any trends from the normal limits and put in place solutions prior to the engine malfunctioning. For this we trend all four engines and monitor for one of the engines diverging from the other three’s parameters. In time we will modify and enhance this when we get more data from the aircraft – it is early days having only realized the capability this month,” Wilkinson said.

According to Wilkinson, on the operations side, AirFASE will also provide the RAF’s “fuel monitoring cell” with fuel usage data at a much higher fidelity than they’re currently capable of. It will also provide insights on fuel usage on specific routes and altitudes for flight planning. Data analysis capabilities from the new tools will also be used to supplement RAF’s existing safety management system and will provide Wilkinson with data that will optimize and lead to “informed changes” for A400M training. 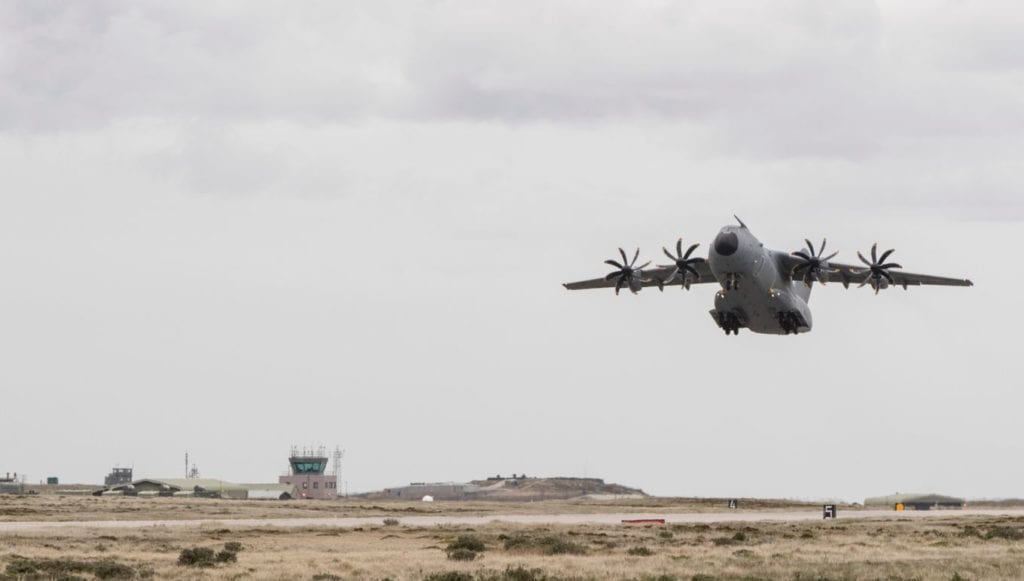 An RAF A400 aircraft takes off from Mount Pleasant Airfield en route to Chili to assist with the search for a missing Chillean C130 transport aircraft which went missing with 38 persons onboard. Photo: Ministry of Defense

“Prior to selecting AirFASE the RAF was collecting and storing all flight data to be used when a suitable contract was finalized. With the A400M now the lead platform in this field it will shortly be followed by other RAF platforms. In the past we have used FDM on platforms such as the Tristar and BAE 146, however the contracts for these platforms expired, alongside the technology previously used. With AirFASe we are now able to re-energize this capability,” Wilkinson said.

As an example, Teledyne supplies similar support to the Australian Defense Force, Canadian Air Force, Netherlands Air Force, U.S. Air Force, U.S. Navy and U.S. Marine Corps to name a few. Collishaw said he has seen renewed interest on the defense side of their business in the technology.

“Conferences such as the SMi Defense Aviation Safety seminar are advocating flight data analysis/flight data monitoring to military aviation authorities, who are starting to accept that good usage of recorded flight data has an important part to play in increasing mission effectiveness and capability,” Collishaw said.

A major difference between the recent Polish Air Force deal for 737NG and RAF’s selection of AirFASE for the A400M is that the 737NG features Teledyne’s digital flight data unit as standard flight data acquisition equipment, whereas the A400M does not.

“Airbus Defense and Space has equipped its A400M aircraft with technologies from vendors other than Teledyne Controls.  This underlines one of the strengths of AirFASE; that it can process recorded flight data from an array of data acquisition units, flight data recorders, quick access recorders and onboard servers from an array of vendors other than Teledyne,” Collishaw said.

Mike Kitching, a squadron leader for the RAF’s safety center, agrees with Collishaw, noting that the U.K.’s Air Force has previously used elements of flight data monitoring on certain fleets for many years. He believes the use of AirFASE an introduce more automation into their process for acquiring and analyzing A400M data.

Kitching described RAF’s use of Teledyne’s FDM tools as simply asking “some questions and perhaps there will be something that FDM can do for them.  We don’t know until we ask,” he said. That's where RAF's selection of the FDA+ add on modules could become beneficial as well.

Teledyne describes FDA+ as featuring dashboards with enhanced views of flight data and providing “greater utilization of both parametric flight data and aircraft conditioning monitoring system reports.” The FDA+ technology is managed by Teledyne personnel on the ground and can generate focused analytics to achieve flight operational benefits and cost savings.

“Recently, there has been renewed interest in the exploitation of data from all sorts of aircraft systems.  Overall, FDM in the RAF suffered from stagnation and the issue of diminishing returns.  This is mainly because of manpower churn and lack of resource.  The RAF have evolved and we are now in a position to do this properly,” Kitching said. 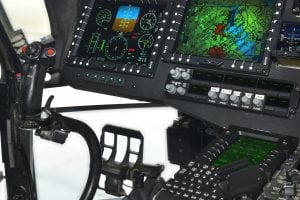