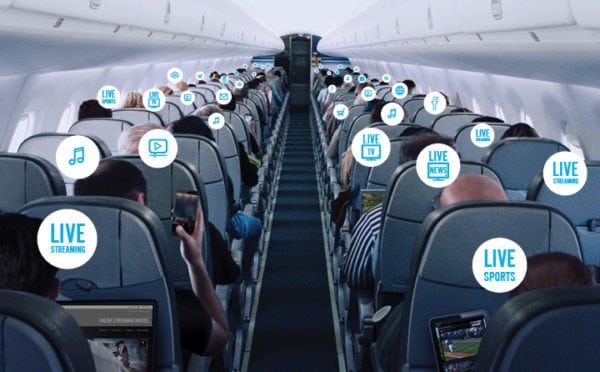 Viasat wrapped up its fiscal year 2019 with $2.1 billion in revenue, marking a 30 percent growth from 2018, highlighted by nearly $1 billion in government systems earnings and a viral growth in ubiquity on commercial aircraft, more than doubling its presence by year's end.

The communications provider has increased revenues at 14 percent compounded annual growth for the last 15 years and its adjusted earnings before interest, tax, depreciation and amortization (EBITDA) grew by 44 percent year-over-year (YOY) for 2019 and 95 percent for the fourth quarter.

Contract awards for the year totaled $1.2 billion — a 50 percent YOY increase — with an additional billion in indefinite-delivery/indefinite-quantity and airborne broadband aero mobile satellite service contracts that could be captured.

"They're not definitive orders but have often led to firm orders and are indicative of demand," said Viasat chairman and CEO Mark Dankberg on a financial call.

Perhaps the most interesting thing ViaSat is doing in the defense space is its work with the Air Force Research Laboratory, whose space vehicles directorate has entreated the company to develop a prototype low-earth-orbit small satellite to extend the range of the Link 16 tactical data link radio the U.S. military relies on.

"What the system ultimately turns out to be and how big it is, a lot will be influenced by how well we do and the concepts we put forth," Dankberg said. "The capability in a nutshell ... is to turn this very valuable datalink into more of a beyond-line-of-sight capability, instead of just line of sight. That's the fundamental value proposition. I think to the extent that we can do that and integrate it with existing and planned terminals is a powerful opportunity."

The need for more capability in space is particularly stark in light of the military's push to set up a Space Force, Dankberg said.

Commercially, Viasat started the fiscal year with its in-flight-connectivity (IFC) equipment installed on 635 commercial in-service aircraft. By the end of the year, that number was 1,312 — and it would be higher if not for the 737 MAX's grounding. Much of that growth was thanks to American Airlines swapping Gogo for Viasat on some 500 planes.

While the $428 million earned by Viasat's commercial networks business is lower than the government or satellite businesses, all those installations meant an 84% YOY revenue growth (though adjusted EBITDA has been negative each of the last two years). The company has about 490 more aircraft installs contracted currently, and Dankberg expressed optimism in plans for adoption of Viasat among international carriers in the coming year.

That said, Viasat expects the much-larger install base to let it replace some of that lost revenue with increased income from services. 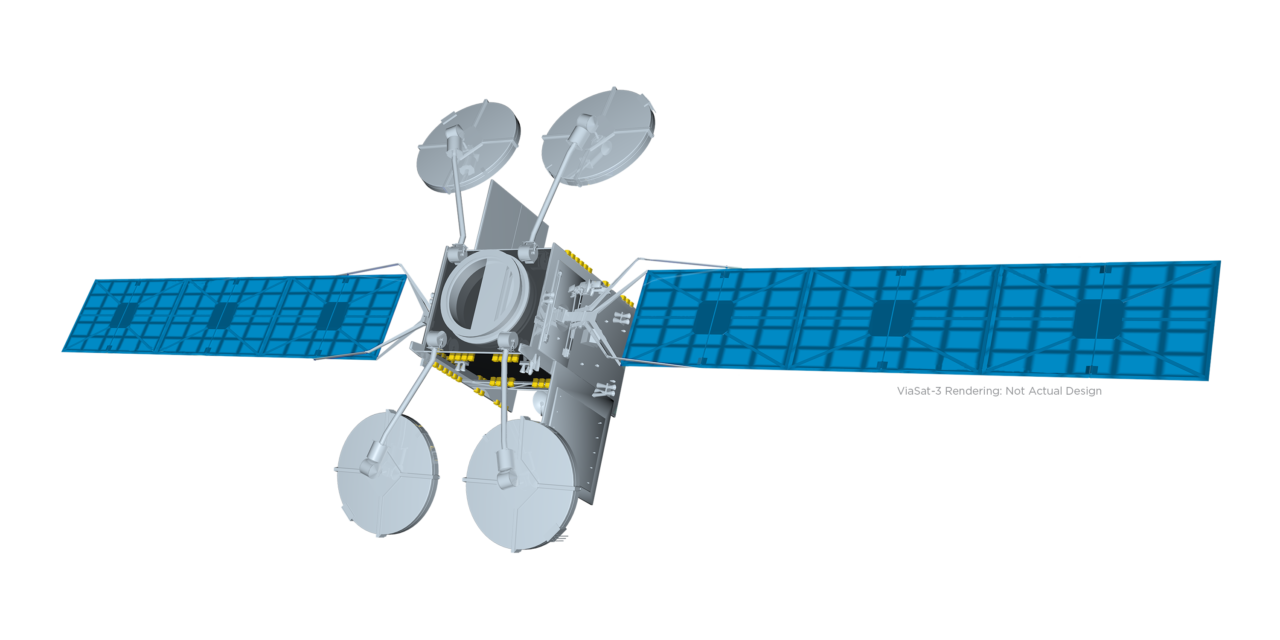 A rendering of the ViaSat-3 satellite. (ViaSat)

"Some airlines, including international ones like Qantas, have come up with really comprehensive strategies with free IFC, sponsorship programs, sports entertainment, things like that," he said, which allows for higher revenues than "entry-level" paid IFC packages. "It's difficult to pinpoint a trend that isn't' tied to the way each airline wants to use it."

ViaSat is focused on working with airlines to drive passenger engagement with the equipment and push third-party agreements, such as the recent one to bring Apple Music to American Airlines.

In the coming year, Dankberg expects on the order of 10 percent revenue growth.

"From a book-to-bill basis, you'd think we could do better, but some of it has to do with the timing of deliveries on those things," he said. "Not all of that will fall in the fiscal year."

One expected driver for fiscal year 2020 international growth — thanks to the Viasat-3 satellite the company is launching and the availability of Ku/Ka- dual-band systems aimed at wide-body jets. Viasat has an agreement with Chinasat that it hopes to parlay into deals with Chinese airlines.

"Airlines in China have expressed the desire to have a really good service," Dankberg said. "They've said 'We'd like to have what JetBlue has,' so Viasat and ChinaSat are jointly in discussion with Chinese airlines. Look for announcements with airlines; that will be the way to know we're getting traction in those markets."

The company also wants to improve its performance in business aviation. The strategy there is primarily to work with manufacturers to offer its Ka-band service as a line-fit option.

The first part of our strategy is to build up that," Dankberg said. "Part of what's helping us is the quality people associate with us thanks to our commercial in-flight connectivity."

A final thing that would help Viasat would be if the 737 MAX gets back in the air. About 4 percent of would-be-flying equipped planes are 737 MAXs, and that number would be higher if installations hadn't scaled back as carriers stopped taking delivery and production slowed after the grounding. Once it's back in the air, not only are 40-plus more Viasat-equipped aircraft flying immediately, but the company goes back to installing on those planes. Dankberg said "there's some hope" that the MAX is flying again during the September quarter, but nobody really knows.