Why Automation Shouldn’t Push Pilots Out of Air Taxis 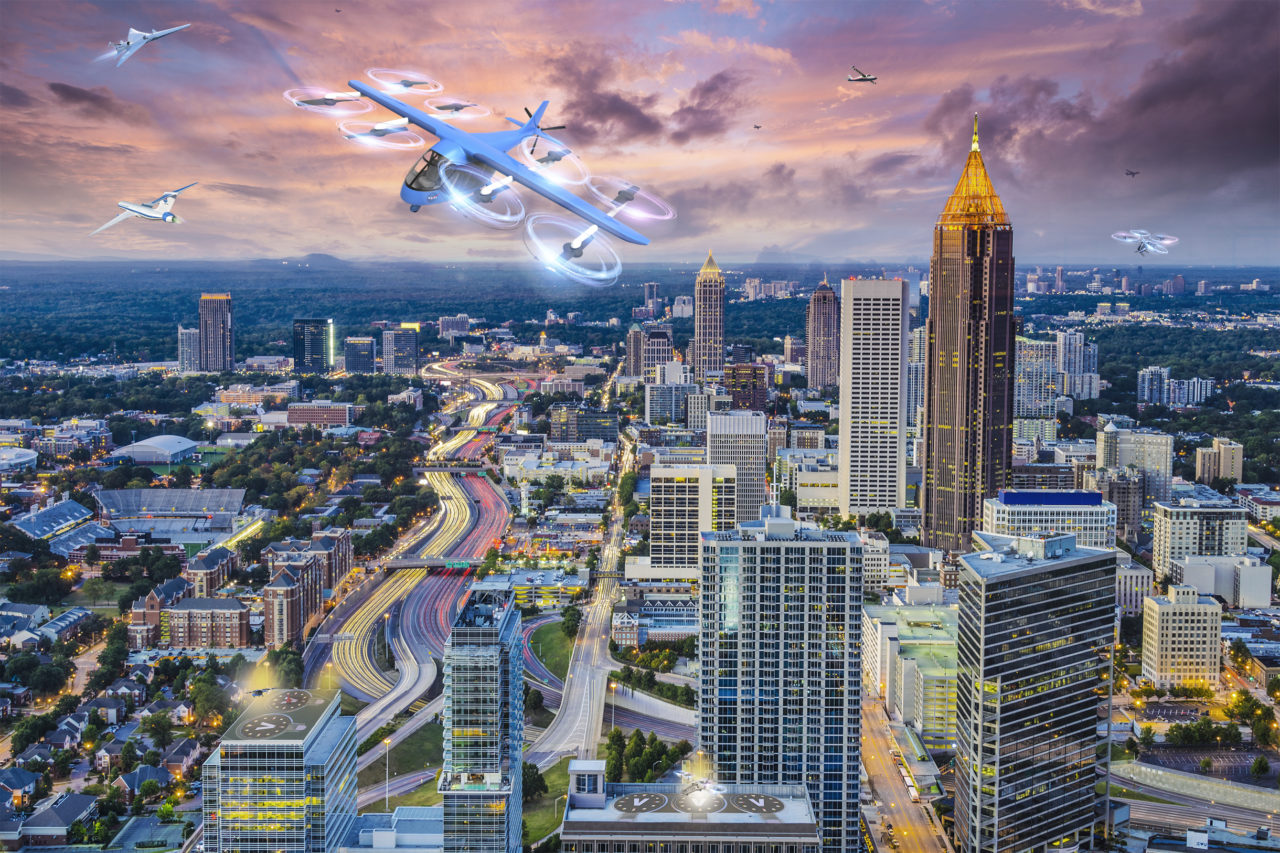 As it tries to take to the skies, the urban air mobility industry is at a crossroads. The ultimate goal is unmanned operations, freeing up more seats for paying passengers and eliminating pilot salaries to improve margins on both ends. But, how you get to that point is tough: Do you start with pilots, more akin to traditional helicopter flight, and then phase them out? Or do you go unmanned from the jump, ensuring that the industry you are building resembles your goal, both in terms of technological hurdles and business case?

Industry and agency are both divided, and they may not reach a consensus. Airbus is developing both the piloted CityAirbus project and the Vahana, an unmanned single-seater. While Davis Hackenberg, UAM strategy team leader for NASA, advocates immediately pursuing unmanned operations in the urban air mobility (UAM) industry, members of his team disagree.

"We’re biting off too much if we try to go straight there," said Michael Patterson, the analysis lead for the team. "Some folks I know, people at Uber, had conversations with individuals who work for the FAA that were strongly in the camp of pilot first and then over time increase and get to autonomy. That's at least part of their motivation for going that way."

The primary concern is that for companies like Uber who want to get their investments in the air as soon as possible, going unmanned immediately would require that they get too many different new technologies certified at once. That can be a big challenge.

"One camp argues for automation: 'Well, look at all these accidents that are pilot error.' The flip side of that is, how many times does the pilot save the day?" Goodrich argues the statistics don't accurately reflect those heroics, but they would be sorely missed from a system that can't replicate them.

One of the big reasons to go straight to unmanned operations is avoiding pilot salaries — especially when there's already a pilot shortage that needs to be tackled.

"Everyone is quick to point out pilot costs," Goodrich said. "We don’t have a good sense of the cost of automation and we don’t know what the tradeoffs are in terms of operational availability versus difficulty of implementation and operation."

The impact Goodrich mentioned is twofold. First, while a pilot can make decisions in the moment about how to respond to a situation, risk-averse automation will likely choose to "bail out." Over time, those operational decisions will add to costs making the automated flights more expensive because they are flown in a less-optimized fashion. Second, the development of that technology will have a significant upfront cost.

"If it's going to cost you billions to get something certified, now you have to amortize that over all of your operations, which is no small chunk of change," Patterson said. "It's going to be a while before you can expect the price the consumer pays to get super low."

While that is always true and will be a looming specter for the industry whenever it plans to switch to automated operations, if it does so after scaling up, spreading the one-time cost around would at least be less onerous than on the front end.

It can be difficult to imagine the industry manufacturing thousands upon thousands of pilots for a new endeavor only to cast them away in a few years with the onset of autonomy. Admittedly, Patterson said pilot unions represent a valid reason to bypass the piloted stage altogether — "If you start with them on there, you're in trouble. You're never getting them off," he half-joked.

That's not necessarily a big concern, though.

"As the system evolves, you're probably going to have some sort of remote supervision operation," Goodrich said. "A smart company would look at the career path for these initial pilots and think about a place for them."

While most (but not all) models include a traditional pilot in the front of the aircraft, that can evolve into a drone-style remote pilot-in-command piloting the air taxi from a ground station down the line. Then, an important step in autonomy — and major step in the business case for companies such as Uber — is breaking the one-to-one link, so a single operator can oversee five, 10, 20 vehicles. Whether there comes a time when they are "fully autonomous" or not is almost a moot point, then, or an issue of semantics; in the foreseeable future, there will likely always be someone at least watching over the operations. The important distinction is whether they require someone inside the cabin and whether they require one-on-one attention, because those are the money drains.

Even if they don't need a pilot in the cabin, there are reasons to have one — on the ground, Patterson points out, even self-driving Alphabet subsidiary Waymo uses a "safety monitor."

"Expecting that you could put members of the public on board an automated vehicle without someone [working] on board … there’s a lot of risks in doing that," Goodrich said.

Beyond "the level of responsibility someone might have en route if they think there's no supervision nearby," there are concerns with small aircraft such as proper weight balancing. While a weight balance check can be automated, relying on passengers to distribute baggage correctly is a risky proposition. Some of these things can be taken care of by helipad attendants before takeoff, but what if passengers with a limited understanding of these new vehicles try to move around too much during a trip? 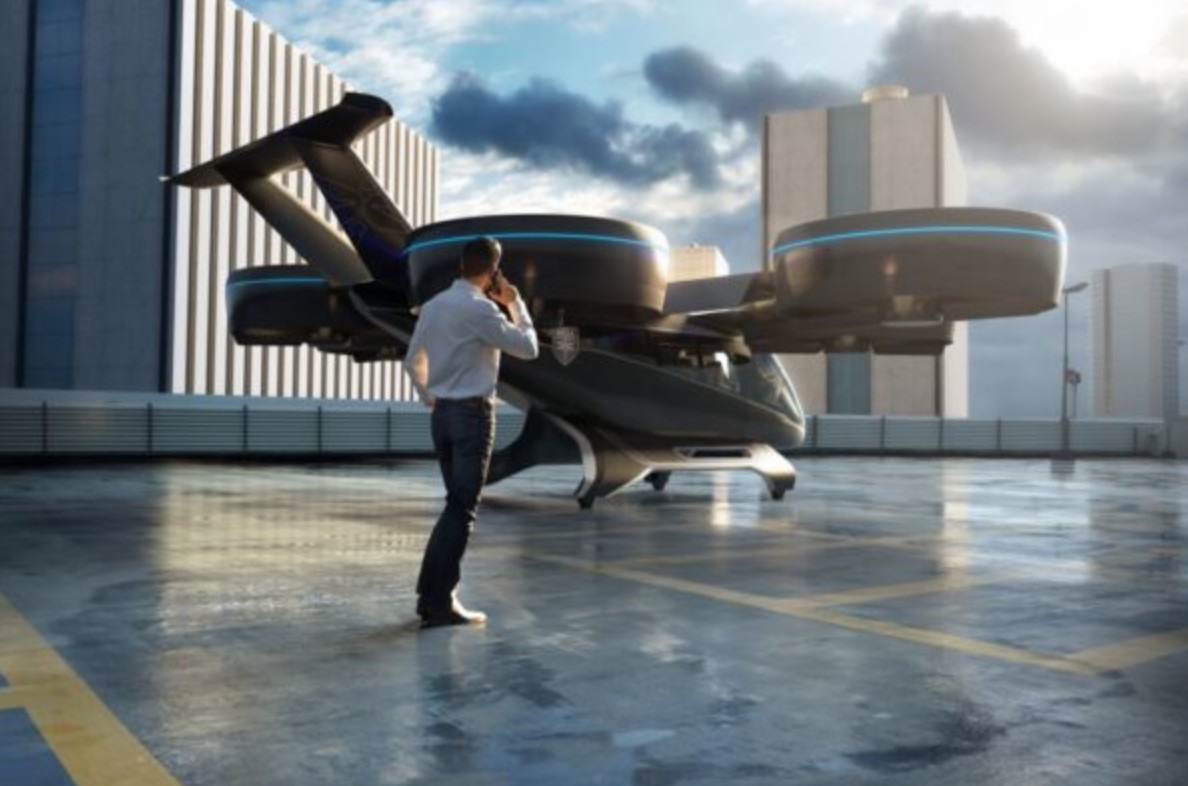 One of the reasons Bell decided to use ducted fan rotors on its Nexus was to shield the dangerous rotor blades, creating a more passenger-friendly environment. (Bell)

"There’s just a lot of practical issues of handling passengers getting on and off vehicles." he said. "Small aircraft are much more fragile than cars are. So, just having people walking around vehicles; they can be damaged, there's safety hazards — some level of staff is going to be required either in close proximity in vehicles or all throughout the trip, at least in the early going."

Patterson also pointed out that there are public acceptance reasons to have a pilot onboard in the early going. Even if the pilot isn't doing much, his or her presence is likely to make passengers feel safer, which is valuable to a new industry that is fighting for that acceptance.

Whichever strategy is embraced, the UAM industry has a lot of work to do on certification, infrastructure-building, and public acceptance. There is a lot of upside, though: A NASA-commissioned Booz Allen Hamilton study projects a potential $500 billion unconstrained market, and another study, in Northern California, showed around 5 percent of people would use UAM as their primary mode of commuting.

If that doesn't sound like a lot, consider that it means more than 700,000 people, which would be a huge influx of flyers by aviation standards. It could also do a lot to fight congestion on overburdened roads in urban centers.

Patterson suggested that successful operations might pop up around "choke points like bridges and tunnels." While flying to work is unlikely to be a realistic primary mode of commuting for most people, "for someone in a major city like D.C. with horrendous traffic and for people with high incomes, it is realistic," he said.

"The combination of telecommuting and higher-speed mobility when needed could dramatically change people's living patterns over the long term," Goodrich said.

Patterson agreed: "What the world looks like in 30 years is probably pretty different." 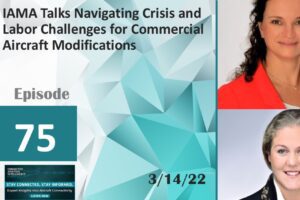 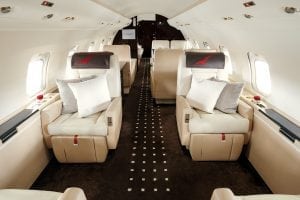 Comlux Selects OnAir System for A320