The Lion Air Boeing 737 MAX 8 that crashed shortly after taking off from Jakarta on Oct. 29 activated an automatic trim system resulting from erroneous angle of attack (AOA) information and the pilots were without an optional feature that would have alerted them to the error, according to a preliminary report published by the Indonesian National Transport Safety Committee (NTSC).

A digitally recorded history of the short flight that killed all 189 crew and passengers onboard is provided in the report, showing how the pilots struggled to maintain control of the aircraft. Lion Air and other airlines operating the 737 MAX have already been prescribed training procedures based on the report, which provides initial clues while investigators continue to determine the ultimate cause of the crash.

An optional feature that was not installed on Lion Air’s 737 MAX is an alerting mechanism notifying pilots about erroneous AOA readings. Maintaining an angle of attack that preserves lift and avoids stalls is a key flight parameter that pilots learn to monitor in flight training. Lion Air’s managing director confirmed to Reuters that they did not install the feature because it is not mandatory.

A representative of Southwest Airlines, the world’s largest operator of the Boeing 737, said that its fleet already features an AOA disagree light to identify erroneous inputs. The carrier is working with Boeing to enable the optional indicator on its current and new MAX deliveries as well.

“We are installing the new AOA indicators to provide a valuable, supplemental cross-check in the event there is an erroneous AOA signal present. The AOA indicators will offer continuous visual feedback to flight crews,” the representative said.

According to the report, the aircraft’s digital flight data recorder (DFDR) noted a 20 degree disparity in the aircraft’s left and right AOA sensors that persisted throughout the flight. Flight JT610’s pilots started experiencing problems when the aircraft reached an altitude of 2,150 feet. At that point, flaps were completely retracted and the automatic aircraft nose down (AND) trim remained active for 10 seconds. Immediately after experiencing the AND condition, the pilots commanded aircraft nose up (ANU) trim and were instructed by a terminal controller to climb and maintain an altitude of 5,000 feet.

Once the pilots reached that altitude, the automatic AND trim was activated again followed by the flight crew commanding another ANU trim. This condition continued for the remainder of the flight. The pilots then started flying the aircraft manually, at which point the controller noticed the aircraft was descending. Minutes later, the pilots requested to land because of a flight control problem. Shortly after, the DFDR stopped recording and pilots stopped responding to controller communications. 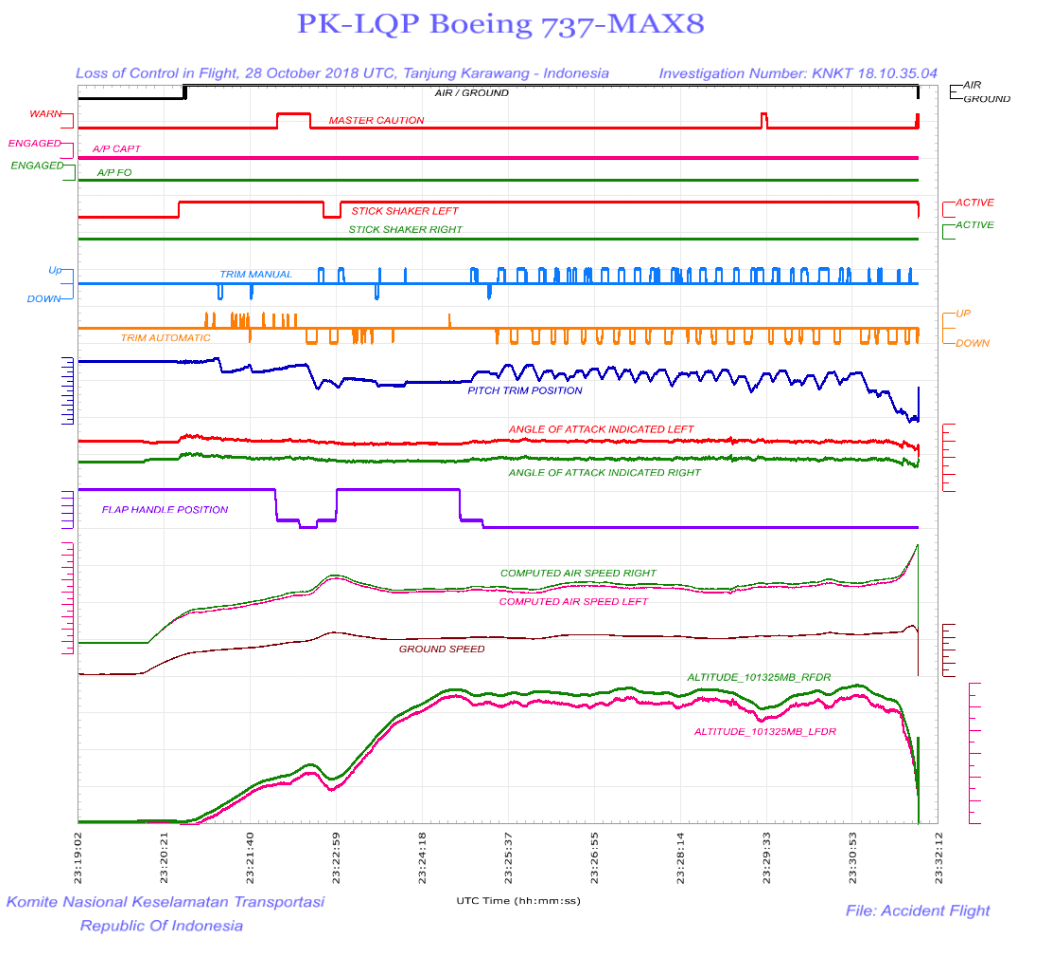 A review of the crashed aircraft’s maintenance logs showed that it had been experiencing problems on each of the four flights that occurred prior to JT610. Both AOA sensors were replaced Oct. 27, two days prior to JT610, but pilots flying the aircraft the very next day experienced similar automatic nose down trim conditions that occurred on JT610. During the Oct. 28 flight, the pilot in command noticed an indicated airspeed error message on the aircraft’s primary flight display and activation of the stick shaker. Eventually the pilot disengaged the autopilot and STAB TRIM switches while his co-pilot continued the flight with manual trim and the remainder of the flight was uneventful.

Boeing issued a statement on the preliminary report noting it is continuing to work with investigators to provide conclusive evidence on what caused the crash. The company also highlighted the proper procedures pilots should follow when erroneous AOA sensor inputs produce a trim of the stabilizer to a nose down position in increments lasting up to 10 seconds.

“On Oct. 28, before the flight immediately prior to Flight 610, the pilot in command and the maintenance engineer discussed the maintenance that had been performed on the aircraft," Boeing said. "The engineer informed the pilot that the AOA sensor had been replaced and tested. The report does not include records as to the installation or calibration of the new sensor, nor does the report indicate whether the sensor was new or refurbished."

The report also describes how 737 Next Generation and MAX fleet operators received correspondence from Boeing related to the aircraft maneuvering characteristics augmentation system (MCAS), which has come under scrutiny following the crash. MCAS is designed to automatically command the aircraft’s nose-down stabilizer to enhance pitch characteristics when entering steep turns with elevated load factors and flaps up conditions that are approaching stall, according to Boeing. It becomes deactivated once the angle of attack falls below the threshold or when manual stabilizer commands are input by the flight crew.

In the wake of the crash, the FAA issued an emergency airworthiness directive requiring an update to Boeing 737 MAX flight operations manuals. Moving forward, search and rescue teams will continue to try to locate the crashed aircraft’s cockpit voice recorder. Investigators are also continuing to test and analyze the angle-of-attack sensors that were removed from the accident aircraft and will conduct simulator exercises to further understand the cause of the crash. 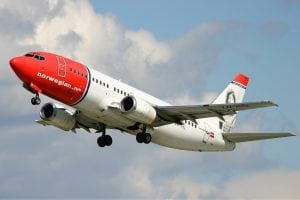