After its introduction at last year’s AFA Air & Space Conference, the Scorpion exhibit will demonstrate the multi-mission flexibility of the aircraft and feature a variety of multi-spectral sensor and high-definition video camera packages engineered for intelligence, surveillance and reconnaissance missions. Several wing-mounted mock munitions will also be shown, representing a typical array of air-to-surface and air-to-air weapons preferred by the United States and partner nations.

To date, Scorpion has completed more than 190 hours of flight time since the start of the flight testing program on Dec. 12, 2013. The objective of recent flights has been to gather data about the aircraft’s performance at various speeds, altitudes and climb rates, as well as to assess the Scorpion’s avionics, flight controls, environmental controls, hydraulics, braking and landing gear systems. Other testing has focused on the aircraft’s flying qualities across the full range of the Center of Gravity (CG) envelope, moving the CG from various forward and aft conditions. Recent flight tests expanded flight envelope to 43,000 feet as well as the extension and operating envelope of the landing gear and flaps from 200 knots calibrated air speed (KCAS) to 250 KCAS. 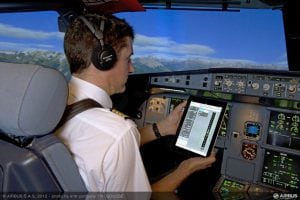 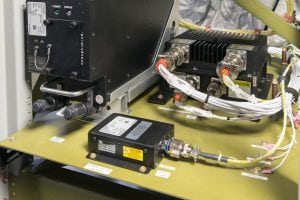