EasyJet is one of the biggest airlines in Europe, flying around 90 million passengers throughout the continent each year. Consequently, what it does in terms of IFC could have huge influence across the aviation world.

Via Satellite recently caught up with Gary Smith, director of engineering at easyJet, and Andrew Middleton, head of ancillary products at easyJet, to talk all things IFC from both a passenger experience as well as operations perspective.

Start of the Journey

Middleton admitted that the airline is “at the start of the journey” with a key trial going on as we speak. EasyJet kicked off the trial of its In-Flight Entertainment (IFE) portal and service by closed network server with five aircraft within its Swiss fleet. The trial started in November, and for all intents and purposes, it was easyJet’s first major foray into IFE.

“For the purposes of this trial, we wanted to answer three questions. Firstly, does the technology work reliably? Secondly, would customers engage with the content we curated and made available to them? Finally, could we generate a return on that in order to underpin a business case at a larger scale and a more sophisticated perspective?” said Middleton.

The trial will likely go on until the end of the Summer. Middleton admits the airline has been “pleased with the results so far.” He points to the fact that the kit is working, reliability has been good, and customers are showing good levels of engagement with the service.

EasyJet is far from an early mover to this market, but despite this, Middleton describes it as still an “immature” market. He says there is “no gold standard” and that no airline has really “cracked it” in terms of the commercial models and supplier relationships that sit behind them. He says there have been no “slam dunks.”

“I think there is still a lot of shaping and how people address this opportunity. We still think the opportunity is sizeable. Airlines are still feeling their way around it; suppliers are still feeling their way around it; you are seeing disruptive start-ups. You are seeing a transformation of your more traditional, larger players in this space. There are a lot of moving parts in the market. We see this as an exciting opportunity to shape the direction of which people go,” he adds.

Middleton says one of the things easyJet has learned through the process is how many different touchpoints and stakeholders or opportunities there are linked to a reasonable simple piece of kit on an aircraft. Even from a commercial perspective, thinking about his own portfolio, Middleton says he has to consider questions in terms of how integrated do you make in-flight retail within the platform, how much can you bring in new partnerships in terms of destination? You have to look at things like sponsorships and advertising.

“Also, how can we build our loyalty program into that platform. So, very quickly you can start to touch lots of different parts of our commercial ecosystem, and that is even before we even start to think about operations. I guess how we have tried to approach that challenge or opportunity is to do so incrementally. So, let’s start with proof of concept, something that is relatively straightforward and simple and let’s look at how we bolt stuff on or add modules in, in an iterative fashion. That is one of the first lessons I have had,” he said.

We have already seen a number of different business models with some airlines looking to give away connectivity for free, while others do not believe this is not possible due to the high costs of installing equipment on aircraft to make them IFC ready. Middleton says ultimately it could be a blend of the two models.

“We want to work with partners that give us the flexibility to adapt that commercial model where appropriate. That is all to be work through as we process the results of the trial. You can see a world where certain content is free and certain content might be free to certain customer groups. The whole economics of all of that lends itself to having a flexible approach to the commercial model. My ancillary revenue model is about curating a range of products that customers want to buy and customers value. We would look to understand what parts of that model and what parts of that platform that customers value and look to reflect that in the way we transact with them,” he says. EasyJet in many ways is an unusual airline as it spends more time over oceans than land relative to other airlines during its European flights. As a result, it faces interesting decisions regarding its technology roadmap going forward. Smith says he has seen a rapid change in maturity of some of this equipment over the last few years.

EasyJet started looking at ATG connectivity in 2013 and even ran some trials. Smith admits they were “a long way away at that point.”

“But, [IFC] is coming fairly rapidly to us. From an on-board perspective, we have seen that mature to a point. That equipment is now mature. As we look across everything we are doing, you are seeing a spectrum where things are at different levels of maturity. From a practical perspective, we are adopting things once they become relatively mature because they have to be to support our operations and customer demands. Things have to be pretty robust, and we have seen things move fairly quickly over the last few years,” he says.

Smith says easyJet is focusing quite a lot on the hardware and connectivity, but actually, a lot hinges on data. “You need to have good data to run your operation digitally. It puts a whole new level of demand on the quality of the data that is running through the operation. Activities that might have been done by phone or email in the past, if you are truly going to automate and optimize them, they need to be done via data and systems. There is a whole area of learning we are going through at the moment,” he adds.

Smith, while saying he is no expert on the merits of satellite and ATG, makes an interesting analogy when looking at the comparisons between the two technologies. He compares choosing satellite or ATG to choosing which mobile service provider to use.

“You look for the best technology and best contract and best data and phone package. I don’t mind if I am on Vodafone or EE. We have no fixed view on whether it should be satellite or ATG capability, and which one is better. It boils down to the capability of the system and the cost, the weight, the drag, the cost of data, and you put it all together, you evaluate from there,” he says. “There are many factors to consider such as future proofing. We don’t sit here with a clear view in terms of which one is better. Clearly, if one of those types of systems has an underlying cost base or infrastructure which is way more expensive than the other, then the other is going to win every time. If the infrastructure data transmission management costs of a satellite system are just structurally than an ATG system then an ATG system in Europe will likely come out on top. But, we don’t have a fixed view right now that one is better.”

Smith says that whenever EasyJet looks to buy this type of equipment, it tends to create a lifecycle model/financial model where it looks at the costs of running the system over the life cycle of that product. Then whichever one of those come out on top taking into consideration all of the cost inputs would be easyJet’s preference.

“We would take drag factors into account. We would take weight factors and fuel burn, maintenance costs into account, etc. When you are flying 90 million passengers across Europe, you need a kit that is robust and reliable. It needs to be mature. So, in terms of ATG, air-to-satellite connectivity, it needs to be mature and reliable because we can’t be putting a product out there that will disappoint customers. When you have 300 aircraft as we do, any program you want to go fleet wise as fast as possible, that is not easy. There are two constraints. We have to tread carefully,” he adds. EasyJet has a huge fleet, and if the airline decides to move aggressively to connect it, it would take years even with an aggressive rollout plan. It also means the airline would potentially use huge amounts of data. Smith admits he is “less worried about the mountain of data rather than the lack of data in some areas.” He believes that easyJet can sift through the mountain of data saying that one of the general points of data is it is not the data that is valuable, it is the knowledge of the data that is really valuable. He says you can have as much data as you like, but if you don’t understand it or you can’t decode it, it is of no value to you. That is the key thing with lots of data.

“In terms of an aircraft turnaround, you have probably got 100 data points and activities going on in that turnaround which you might like to keep track of. But, you may only have 25 percent of those available today in a data form, and even that is with an advanced aircraft,” he says. “Many of the players in the turnaround don’t record their activities via data for example. So, it is a question of how you do that with suppliers and third parties and airports where you are using different suppliers and ground handlers. There is a whole piece of thought in terms of how you put that together.”

On the operations side, easyJet is involved in a number of initiatives and trials. For example, it has announced recently its involvement in a predictive maintenance project it signed up with Airbus. The airline is an advanced partner in Airbus’s Skywise program.

“We have been working with them for the best part of three years in predictive maintenance. There are activity trials going on around the network with mobile devices for crew, which again have been successful. That is something that could roll out more widely. We have identified a huge range of operations improvements, some of which are just automating and replacing manual processes that exist today and some of them are more wide-ranging in terms of their futurism. We are developing a roadmap at the moment and a number of projects are underway,” says Smith. 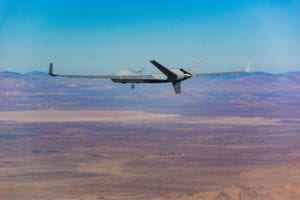