If you want to develop an aircraft as quickly as possible, you’re going to fail. That’s fine — the key is to fail as early and often as possible.

“Hurry up and screw it up so you can fix it,” said Robert Morgan, who has led projects such as the Virgin Galactic White Knight Two and SpaceShipTwo as the director of research and new product development for Scaled Composites. That notion was echoed by the rest of the Monday panel at AIAA Aviation Forum 2018 on spiral development — using cycles of iterative risk identification and development and testing in pursuit of an objective. The panel members, be they from large companies such as Lockheed Martin to smaller ones such as small unmanned aircraft system (UAS) maker AeroVironment, mostly agreed across the board on best practices.

In such an experimental space, failure is part of the process. You have to have a tolerance for that and so does your customer. Steve Ericson, currently the director of advanced design at The Spaceship Company, worked on the joint air-to-surface standoff missile (JASSM) when he was with Lockheed Martin. He said the U.S. Air Force was so deeply involved that it “gave him tasks” on the project. This meant that the customer was already aware of with developmental failures was occurring and everyone was on the same page rather than “doing PowerPoint battles once a month.” It matters when those failures happen, though. An early failure can be adjusted for quickly. Failure late in the process, once more things are set in stone, is costly in terms of both time and money. That’s why every panelist emphasized the importance of building a prototype as soon as possible. Ericson laughed and nodded toward Lockheed Martin’s Michael Swanson as he pointed out the X-35 — which, along with its F-35 successor, has had a notoriously rocky and expensive development — as an example of the dangers of late delays.

AeroVironment and Scaled Composites both benefit from doing everything in house. They don’t need to rely on any sub-contractors or partners, which can be an encumbrance when the goal is to move as quickly as possible and when nimbleness is at a premium.

For bigger projects, re-use is valuable. Swanson, Skunk Works’ chief engineer, said its goal is to keep it to “one miracle per project.” Don’t innovate on irrelevant things — in Ericson’s words, don’t “get distracted by the shiny objects.” Swanson said the company tries to focus its engineers’ talents on what will directly help the objective and use parts that Lockheed Martin already has for the rest instead of re-inventing (and re-checking and re-certifying) the wheel.

For example, on the recently declassified 1970s-era Lockheed Have Blue, which was developed into the F117 Nighthawk, the goal was proving the concepts of stealth and a low observable form factor. Skunk Works created a computer program to test radar cross-sections of different form factors, so it had to figure out how to make a tail-less jet flyable and controllable. There was no need to design a new seat, so the F-16’s was used. Similarly, creating new landing gear would have been a waste of time and an unnecessary risk.

A final lesson that the panelists universally agreed on was keeping teams as small as workable. Depending on the project, that could differ from a dozen to a few hundred on a project like Lockheed Martin’s X-55, but Swanson suggested it tends to mean 25 to 50% of what a production-run team would involve.

Part of the benefit to a smaller team is keeping it lean and efficient. There’s also a benefit to everyone knowing everyone, feeling personally accountable and being able to leverage skills that might not be known in a big group. Scott Drennan, head of Bell’s Innovation wing, said he likes his team to “act like an entrepreneur, but collaborate like a neural network.” Individuals should each want to accomplish things and feel licensed to experiment, but if people don’t know each other well enough to realize that someone has a passion for writing JavaScript or blowing glass, they can’t call on them when those skills would be handy.

One area in which Drennan did diverge from rest of the panel was in the use of digital tools. The rest of the panel said multiple times that virtual reality, simulations and computer software are valuable and helpful, but the most important thing is to build a physical prototype as soon as possible because there will be issues that come up there that you don’t encounter otherwise.

Drennan tempered that by pointing out how valuable digital thread technology was for Bell to get the V-280 flying in four years.

Why are prototypes so different from production vehicles?” he asked. “If you start with a (digital) thread and can get to a fabric that exists across your entire enterprise, between business units … all the way through to your partners and suppliers and ultimately through to your customer so they can understand how to perform MRO and keep this vehicle airworthy … that’s a really powerful tool that can quickly get you to the point you want to get to on your prototype, but it can also speak to the future state if the vehicle you’re working on is a production-type vehicle.”

Something that many of the speakers kept coming back to — and a key component of spiral development — is risk assessment. Any level of innovation involves risk. These companies try to mitigate them when possible, but the key is determining what level of risk is acceptable — to timelines, to pockets and to people’s safety.

Drennan said, “Our risk tolerance is, nobody gets hurt.”

Morgan said at Scaled Composite, the team sometimes uses pilots as a redundancy for automated systems instead of taking the time to build in a triple-redundant system that would pass certifications. It encourages safety through a policy of the lead engineer on a product serving as the co-pilot on first flights.

Swanson said, “Every technological breakthrough is an unnecessary risk to the timid.” 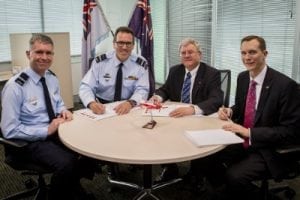 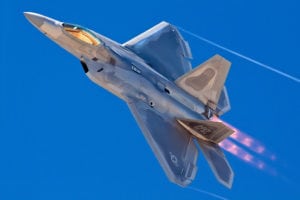