Systems-rich and highly integrated, the MH-60R and MH-60S helicopters of the U.S. Navy perform multiple roles with a Common Cockpit and different mission subsystems. The Romeo model Seahawk alone has some 200 electronic boxes, Weapons Replaceable Assemblies (WRA) and associated wiring filling the back of the aircraft. Lockheed Martin Systems & Sensors (MS2) in Owego, N.Y., developed an Interrogative Diagnostics and Prognostics Solution (IDPS) to read subsystem Built-In-Test (BIT) codes, identify faults automatically and link maintainers to an interactive electronic technical manual (IETM) on a laptop computer. “Using these tools has made maintenance on the Romeo much easier from the mission avionics side,” explained James Short, MS2 program manager for H-60 logistics and sustainment. “The laptop takes the BIT and correlates it through the diagnostic engine to show where the fault is. It uses end-to-end connectivity between the boxes to isolate the wires or a bent pin.”

The Navy credits IDPS with 97.8 percent fault detection, 98 percent fault isolation, and an average BIT execution time of less than 20 seconds. The average time for fault detection/isolation is less than 4.7 minutes. The IDPS application runs on a Panasonic Toughbook and gives MH-60R/S maintainers faster, deeper and more intuitive troubleshooting capability than found in the cockpit and cabin displays of the legacy SH-60B. “The BIT on the WRA in the Bravo diagnosed to the box level,” Short said. “The BIT code referred them to a hard-copy manual down to the WRA with the potential problem. Then they followed troubleshooting steps written in a paper manual — ‘If that doesn’t work, go to the higher level.’”

Paper manuals, meanwhile, tied SH-60B troubleshooting to confusing schematics or wiring diagrams. On the MH-60R or S, IDPS enhances the Built-In Test routines already in the WRAs to isolate and diagnose faults down to the wires in pin-out connections and shown in the IETM. “In the case of a wire, we’ll bring up an intelligent schematic on the screen highlighting the wire to be found for the fault,” Short explained. “When it really comes down to wiring checks, I would say it is 10 times faster, at least, than the Bravo.”

The Navy is partially through its Helo Master Plan of replacing tired SH-60B and -60F Seahawks with 291 MH-60Rs and 275 MH-60Ss. Aircraft carrier strike groups today mix 11 Romeos and eight Sierras on each carrier and deploy helicopter detachments as needed to smaller ships in the group. MH-60Rs perform anti-submarine and anti-surface warfare roles while MH-60Ss fly vertical replenishment, armed helicopter and airborne mine countermeasures missions.

With their common Lockheed Martin cockpits and nearly identical Sikorsky air vehicles, the multi-mission Seahawks are equipped with different subsystems. The sophisticated MH-60R achieved Initial Operational Capability in 2006 with a Raytheon Advanced Low Frequency Sonar (ALFS) and sonobuoy processor to take on the Inner Zone Anti-Submarine Warfare (ASW) role of the legacy SH-60F and the Outer Zone ASW job of the SH-60B (and fixed-wing S-3B Viking). With its new telephonics imaging radar, Raytheon multi-spectral electro-optics and Lockheed Martin Electronic Support Measures (ESM), the Hellfire-armed MH-60R also has dramatically better anti-surface warfare capability than the SH-60B. The AN/ALQ-210 ESM on the Romeo, for example, has far greater sensitivity and discrimination than the Bravo-model ALQ-142 to spot and locate hostile emitters in open-ocean or cluttered littoral waters. It also gives the Romeo Sensor Operator (SENSO) the on-board processing power and tactical aids to identify and locate emitting targets autonomously. The SH-60B in the Light Airborne Multipurpose System (LAMPS) depended on a shipboard operator to analyze signals via datalink.

The MH-60S joined the fleet in 2002 initially as a cargo and utility helicopter and in later production blocks as a minesweeping, combat search-and-rescue and special warfare support aircraft. Like the Romeo, it carries the AN/AAS-44C(V) multi-sensor targeting system with mid-wave infrared, day television, low light electro-optics and a laser designator for hellfire air-to-surface missiles. The MH-60S achieved Initial Operational Capability in the armed helo role with Hellfires in 2007, and more weapons such as a fixed forward-firing 20 mm cannon and rockets are being integrated into the mission system. The MH-60S Airborne Mine Countermeasures (AMCM) suite interchanges the Raytheon AN/AQS-20A towed sonar, Raytheon ASQ-235 airborne mine neutralization system, ITT ALQ-220 organic airborne surface and influence sweep and Northrop Grumman AES-1 airborne laser mine detection set. Initial operational capability with the first AMCM systems is expected in fiscal 2014.

Whatever the mission, the Seahawk Common Cockpit interfaces MH-60R and -60S crews with their databused systems. The pilot and co-pilot/tactical coordinator in the front each have two 8-by-10-inch-multi-function color displays for identical functionality at each crew station. The Romeo SENSO in back has a single display identical to the big screens up front. On the Sierra, a removable Lockheed Martin console runs and reads minesweeping gear.

The distributed processing architecture on the MH-60R uses common single-board computers in the ESM, acoustic processor mission computer, sensor data computer and elsewhere to traffic massive data flows. Smart systems integration enables a crew of three to manage the flood of information. MH-60R tactical decision aids, for example, help operators use their APS-147 multi-mode radar most efficiently. An acoustic mission planner tells the Romeo crew how to place sonobuoys and what the probability of submarine detection will be. The MH-60S applies decision aids to minesweeping. In the common cockpit and elsewhere, the Romeo and Sierra leverage common hardware and software, and the identical IDPS maintenance application that troubleshoots both.

By design, Seahawk systems acquired better built-in test capability as SH-60B block upgrades evolved into the MH-60R. “The fact that from the initial design, the U.S. Navy desired to have more enhanced ability to diagnose has made maintenance much easier,” acknowledged Short.

The interrogative prognostic/diagnostic solution started in and outlived the Lockheed Martin VH-71 presidential replacement helicopter canceled in 2009. “As the VH-71 program matured the product, it was deported back to the MH-60R in its current form as the IDPS,” Short said.

IDPS leverages the enhanced BIT in MH-60R and MH-60S systems to automate complex test routines and eliminate manual connectivity testing and the cumbersome test equipment used to check wiring in the SH-60B. IDPS is transparent to the telephonics radar, Raytheon electro-optics and other subsystems. According to Short, “We get the BIT from those subsystems and design applications to read that BIT, so we can read faults and diagnose them.” IDPS diagnoses every Seahawk subsystem going through the Lockheed Martin mission computer with the exception of the digital video recorder and other less critical items waived by the Navy.

“We deliver the diagnostic application to Sikorsky to make sure it’s functioning in the overall IETM,” Short noted.

According to Short, “We went to an intelligent schematic. The application will run and it will give the maintainer the BIT to the WRA, and automatically link him to the remove-and-replace procedure in the IETM with diagrams.”

Lockheed Martin is considering wireless connections and other ways to improve the utility of the IDPS. “Right now, we have an ability to do off-board diagnostics by manually capturing the BIT and radioing it down to the maintainer,” Short said. An in-flight BIT downlinked through the MH-60R datalink could improve availability. “The maintainer can have parts ready when the aircraft comes back to the carrier and be ready to perform maintenance and get the aircraft back in the air quicker,” he added.

The successful Seahawk automated maintenance aid may also have wider applications. Lockheed Martin leads the Navy’s effort to develop an Automated Logistics Environment (ALE) that will broaden and automate the logistics and maintenance process for the E-2D airborne early warning aircraft. Maintenance actions recorded on laptop PEDDs may ultimately automate parts ordering. The ALE module now under development for the E-2D may come back to work with the MH-60R and -60S IDPS.

“They’ve kind of gone from paper manual to IETMS,” Short said. “The next step is to automate the maintenance control process.” 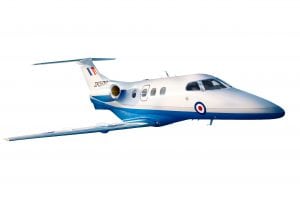 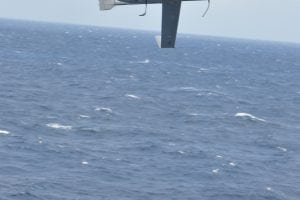