Inmarsat has rejected an initial acquisition approach from EchoStar, Inmarsat confirmed in a statement issued late last week saying the “highly preliminary” proposal “significantly undervalued” the company. Inmarsat is one of the jewels in the U.K. satellite sector, and this may not be the last of EchoStar’s interest. In fact, this could lead to others making a bid for Inmarsat. Mike Thompson, director of technical development at consulting firm Access Partnership, tells Via Satellite that he believes it’s unlikely that Inmarsat will survive as an independent, but the investors could probably squeeze a better price by holding out.

Inmarsat is particularly vulnerable right now to a bid, such as EchoStar’s, according to Thompson. “Their older-generation satellites have enjoyed a loyal customer base and reasonably steady revenues. However, just as the terrestrial world is moving to 4G/5G cellular service, customers of satellite service want more data speed for less money. Inmarsat made a bold move to invest in a global Ka-band network, but as we have seen they haven’t been able to capitalize on that yet. Their first-mover advantage is ebbing away, and their legacy services are in price-decline, so my guess is that EchoStar may not be the only one with an interest,” he says.

Thompson says there has been an expectation that there would be a wave of consolidation in the satellite industry due to over-investment and falling transponder prices. He is not surprised that EchoStar has looked to move in. “Although EchoStar began life as a broadcaster, they have acquired other related satellite businesses and I understand they are cash-rich compared to some competitors. By contrast, Inmarsat has yet to start showing returns on its new generation satellites, despite being first to market. Inmarsat is certainly at risk in my view, but they have a loyal customer base and revenues from earlier generations of satellites so investors may hold out for a better price,” he adds.

Thompson believes EchoStar has its eye on the global Ka-band network, which was purpose-built to serve the transport sector. He believes although Inmarsat was first-to-market with a global network at Ka-band, they have not been able to capitalize on that advantage and access to the U.S. market may be the key to kick that off. “Airlines and shipping companies should see benefits of mobile broadband communications, but they are wary of adopting technology that may still be evolving. This would be a new market for EchoStar, so it is not without its own risks. There are also a number of new LEO projects under development (OneWeb, SpaceX, etc.) which promise a step-change in satellite capacity and further downward pressure on pricing if they come to fruition,” he adds.

In terms of how this situation could ultimately play out, Thompson says, “We have a Mexican standoff in the industry right now — everyone knows that consolidation will happen, but no-one seems to want to make the first move until now. My guess is that others may follow EchoStar and make a bid for Inmarsat; if they do, Inmarsat investors will have to make a hard choice between taking the money or gambling on a turn-around in Inmarsat’s fortunes.”

Giles Thorne, a satellite equity analyst at Jefferies, had a slightly different take on the events of Friday. In a research note published today, he said the EchoStar bid for Inmarsat is not about sector consolidation but rather about spectrum. “We think Dish is looking for negotiating leverage following news that Ligado could be on the cusp of finally getting its license modification reinstated,” he said. “If we’re wrong, Inmarsat shareholders could hold out for as much as 11 pounds per share. If we’re right, they should be pushing for something even higher. This is only the beginning, in our view.”

Thorne says there are two reasons why this bid is not about industry consolidation. He says that, firstly, there is neither enough overlap nor vertical integration in this sector to make consolidation between the large satellite operators particularly synergistic (except in a handful of very select instances); and secondly, the playing field for U.S. mid-band wireless spectrum has fundamentally changed of late.

“On 31 May, Ligado filed a material amendment that could finally unpick the regulatory gridlock around its L-band license modification. The party most at risk from a raft of this high-quality mid-band spectrum coming to the wireless ecosystem in the U.S. is EchoStar’s sister company, Dish Network. For the EchoStar and Dish major shareholder and Chairman, Charlie Ergen, it must feel fortuitous that the Ligado risk coincided with a massive de-rating in his single best tool of negotiating leverage (namely, Inmarsat, as critical supplier to Ligado),” he says.

In terms of the potential size of the offer, Thorne adds, “The size of the EchoStar offer has not been made public, nor has Inmarsat’s view of what price per share the Board would have been willing to recommend an offer. All else being equal, we would guess that the EchoStar offer was at a c.30 percent premium to the undisturbed share price (Inmarsat closed at 420p on 7 June), which would make the offer price in the range of 500-550p. If we’re correct, then it comes as no surprise that the Inmarsat Board rejected it. If the Board share our view of the playing field, this equity is worth far more than that.” 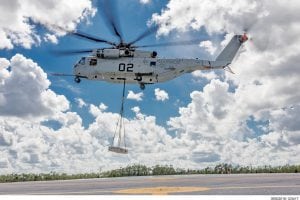