A partnership between Seattle-based Aviation Partners Inc. and iJet Technologies, called APiJet, has launched a new aircraft software as a service joint venture capable of monitoring every component and system of an airborne aircraft. ApiJet has taken a different approach to aircraft data monitoring, introducing an open architecture software that can run on any onboard hardware server, data in multiple formats and send data over any available internet protocol (IP) communication link.

Aviation Partners is best known for supplying performance-enhancing winglet systems, such as its blended winglets and split Scimitar winglets. The company joined forces with iJet Technologies in January to launch APiJet’s new smart aircraft data services, analytics and applications. APiJet’s founders recently unveiled their new smart aircraft software to the media for the first time. Icelandair is the launch customer for APiJet, using the new technology for its fleet of Boeing 757s and 767s. Eventually the low-cost carrier will install the system on its new fleet of 737 MAX aircraft.

APiJet's smart aircraft system features what CEO John Schramm describes as onboard “actors” that execute the business logic of an individual airline. Actors are intelligent modules or the independent processes and functionality that an application performs as a business function.

The modules that APiJet uses send specific onboard aircraft data and alerts about system or component status to applications and analytics already used by an airline and creates a configuration loop through IP links between the air and the ground. It can make multiple independent data delivery decisions in real time as well.

“This capability doesn’t exist anywhere else today,” Schramm told Avionics. “Nobody is looking at an airplane like this and can see where it is on the ground, can see the condition of all the elements on the airplane. We can tell you if the cargo door is open or closed while the airplane is preparing for takeoff. That’s the type of capability we’re talking about."

There are four specific products families offered by APiJet, which includes its aircraft data services, aircraft health monitoring, turnaround management and in-flight insight applications. Each individual product has its own capabilities, such as the aircraft data services, which provides real-time data ingestion, aggregation and integration services via ARINC and REST interfaces. Its aircraft health monitoring service provides an intuitive interface that aircraft maintenance teams can use to analyze airplane fault details and performance graphs.

The smart aircraft dashboard that APiJet uses can stream data from any data bus configuration figured on in-service new and legacy aircraft ranging from ARINC 429 to ARINC 664 Part 7, the Avionics Full-Duplex Switched Ethernet (AFDX) and beyond, according to Schramm. The APiJET CEO said airlines can view specific aircraft parameters in real time, such as auxiliary power unit (APU) run-time status or the engine-oil pressure. Its focus is on giving airlines the ability to take ownership of their aircraft data.

Schramm, who has 10,000 hours as a Boeing 757 and 767 commercial airline pilot, said that the company is looking to impact the human factors side of flight operations. The data service also allows an airline to create future artificial intelligence and machine learning applications over the lifespan of its use of the technologies.

“We’re providing them an open architecture, data management platform. We encourage compatibility with third-party applications that an airline may have already chosen to use. Whether its in our apps or data to go to the OEM its really about data management,” said Clark.

Correction: A previous version of this article mentioned that APiJet's software interacts with Boeing's Onboard Network System (ONS), it has been updated to reflect that there is no interaction between ONS and APiJet's software. 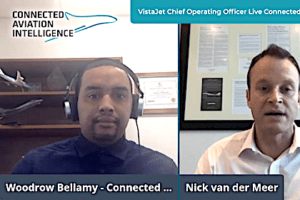 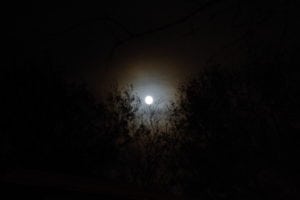 EASA's Allowance of CAT IMC Could Prompt Other Developments 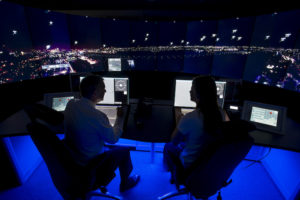 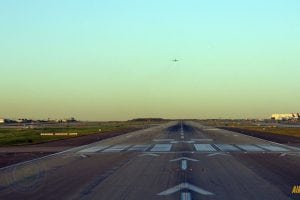 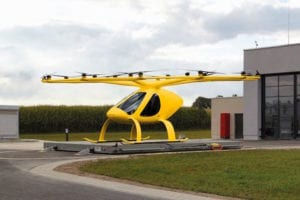 Will EASA Create a New Category for eVTOL Certification?