The FAA is part of a multi-agency team that has received approval from the Office of Management and Budget (OMB) for approximately $71.5 million in funding to proceed with an effort to study the feasibility of making space on the radio spectrum available for auction.

Under an ongoing initiative, the agency is leading a team of federal agencies that seeks to make the federal government’s existing use of up to 793 existing long- and short-range air surveillance radar systems more operationally and financially efficient.

The Defense Dept., the Homeland Security Dept. and the National Oceanic and Atmospheric Admin., along with the FAA, were prompted to launch the study by the Spectrum Pipeline Act of 2015. Under the act, federal funding has become available for federal agencies to perform research and development, engineering studies, planning activities and economic analysis that could potentially lead to a spectrum auction by 2024.

The multi-agency team, called the Spectrum Efficient National Surveillance Radar team, is now assessing the feasibility of making a minimum of 30 MHz of the 1300 to 1350 MHz band available for reallocation for non-federal use through updated surveillance technology. In January, the team issued a request for information, and is currently reviewing those responses and expects to conduct one-on-one meetings with vendors this summer. 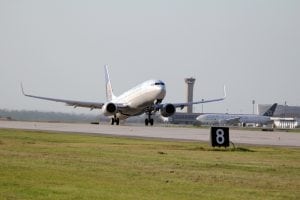