Textron Firm on Aircraft Prices, Even After Slow Q1 Textron’s first quarter 2017 financial results showed revenues of $3.1 billion, down 3.4% from the first quarter of 2016. However, Textron Chairman and CEO Scott C. Donnelly said the results are “consistent with our expectations.”

“We are continuing to execute our restructuring plan while maintaining our focus on new product investment and the integration of acquired businesses, all of which will have a positive impact on our long term growth outlook,” he said.

Revenues at Textron Aviation were down $121 million in the first quarter of 2017 compared to the same quarter last year. The company said that is primarily due to lower military and commercial turboprop volumes, partially offset by higher pre-owned volumes. Profit was down in the segment as well. At $36 million, Q1 2017 profits were from $73 million in Q1 2016. Backlog ended Q1 2017 at $1 billion, approximately flat from year end.

King Air took a significant hit this quarter, and Donnelly said that is partially due to low international sales. He also said customers are deferring the purchase — especially since Textron’s prices have not dropped to where the market may encourage them. Donnelly said he remains confident in the quality of the product and thinks people will buy it at the price when they can. In the mean time, the sales team remains optimistic.

“So I would say … the King Air side traditionally had been a fairly international product, usually averaging around half of our sales, some times more than that,” Donnelly said. “And right now, with where economies are and the strength of the dollar, it’s just been tough selling on the King Air front. We only had three international deliveries of King Airs. I think if you look at the order pipeline, you talk to our sales teams, they feel pretty [confident] that we’ll see a positive trend as we go through the course of the year.”

Donnelly continued that despite the quarter, the company is hopeful that it will stay aligned with original projections. And in general, Textron has “re-established” its pricing philosophy, Donnelly said, to reflect its financial needs. Textron has had to communicate that with its customers, which he said has not always been an easy conversation.

“I think as we got toward the end of the quarter, people started to understand that, that’s just the reality of where we are," Donnelly said. "And we did see incremental improvements in pricing across every model, and we expect to continue that on a go-forward basis. And that was true on both the Citation as well as the King Air front. We’ve adjusted production rates down on a number of these aircraft, and we need to hold the line on the pricing to keep the business healthy.”

But the U.S. market has shown some positive signs. While those are not reflected in Textron’s Q1 2017 earnings, the company is hoping they will in future quarters.

“We’re pretty flat on a year-over-year basis in terms of the number of jets, but I think there’s still folks that are waiting to see what happens, particularly around the tax reform side,” Donnelly said. “I think people are still positive, but a little bit guarded, waiting to see what will happen.”

But Donnelly is not expecting Cessna book-to-bill moving above 1 this year. He explained that the market is not currently booking aircraft far in advanced. There is “no reason,” given the state of the industry, to look at deals six months or more in the future.

“So I think that’s just the nature of where we are in the market,” Donnelly said. “It’s different than the industry used to be, for sure, but we’ve been doing this for a lot of years now, so it’s just a bit of the nature of the beast.” 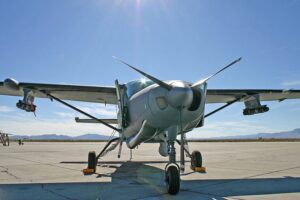 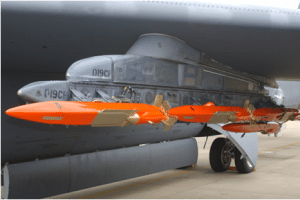