[Avionics Today 08-08-2016] Gogo is hoping to pick up installs for its satellite-based 2Ku In-Flight Connectivity (IFC) solution 10-fold by the end of the year. While 2Ku is now flying on three airlines: launch customer Aeromexico, Delta Air Lines and Virgin Atlantic, as of now, the technology is only in service on 10 aircraft. But the company hopes to eventually install 2Ku on 750 aircraft annually as they look to grow the number of airframes the technology has received Supplemental Type Certificates (STCs) for across the commercial aviation market.

Gogo CEO Michael Small told investors and reports during the company’s second quarter conference call on Aug. 4, that the IFC provider has “continued to build significant momentum” behind its 2Ku technology.

“We received six supplemental type certificates to install 2Ku on various aircraft types [during the second quarter] including the narrow-body Airbus A319, the Boeing 737-800, and the wide-body A330 and A340. In July, the first factory retrofit of the 2Ku system was installed on the A350 aircraft,” Small said during the call. The number is less than half of the 15 STCs Gogo is pursuing, but he was careful to note that the first STCs tend to be the most difficult to ascertain, and was happy to have the aircraft with the largest fleets already under their belt: the 737-800 and the A319. The company is hoping to pick up more STCs before the end of the year, building further energy behind 2Ku installs.

“Now that we have some key STCs in hand, and with the summer travel season nearing an end, we will start to see installs pick up. We expect to end the year with between 75 and 100 2Ku installs. We plan to have an additional 350 to 450 2Ku installs in 2017,” Small said. “With the new funding, we are building our supply chain capacity to install at least 750 2Ku aircraft annually. Increasingly, our [Capital Expenditure] CapEx is success-based driven by the number of planes installed with 2Ku.”

Ensuring 2Ku is a line-fit solution for main airframers Boeing and Airbus is also going to have a lot to do with the number of installs the company sees going forward. Currently, Gogo’s competitor Panasonic Avionics still dominates the line-fit market. Panasonic has equipped more than 800 aircraft with IFC, and has provided mainly line-fit paths to connectivity while Gogo relies on aftermarket upgrades. Small said the company is “making progress” on ensuring 2Ku will be a line-fit solution for major airframes going forward.

“We're making great progress with both those OEMs and across all the major aircraft types. We are the factory retrofit so there's two ways to do it. You get on the line when they're making the plane and you install then or after it comes off the end of the line, the OEMs can then install our equipment. So the first approach is the factory retrofit where they do it after it comes off the line and that's going to be sooner. But we are actively involved in the full line-fit and believe it's going to happen on all, in due course, across all aircraft types,” said Small.

Small says that thus far the company has seen about 30 percent of Gogo’s fleet move from ATG-4 to their satellite-based solution. “We're not making a prediction, but this is not a tiny impact, it's a big impact bringing this amount of additional bandwidth to an aircraft,” he said.

The bandwidth is likely to cap at 100 Megabits per second (Mbps), though, which Small identified as the sweet spot for connectivity on aircraft. When asked if customers were looking for Gogo to deliver up to 200 Mbps per second, Small said that he wasn’t seeing much demand for anything faster than 100 Mbps.

“The capacity issue is off the table as far as I'm concerned,” said Small. “You can talk about higher numbers but I don't think it's going to matter to anybody in all practical purposes. We've hit the bogey that is going to matter.”

Small also hinted that Gogo is also moving away from the 14 GHz spectrum they had hoped to acquire at an auction with the United States Federal Communications Commission (FCC) to authorize the sale of Air-to-Ground (ATG) mobile broadband in the 14 – 14.5 GHz range on a secondary license basis.

The auction was originally proposed by telecommunications product provider Qualcomm and would allow companies to purchase ATG licenses within the Ku band primarily used for satellite communications. Gogo believed the additional spectrum would enable the company to deliver increased bandwidth to its ATG customers alongside its 2Ku satellite option. The auction draft order has been met with resistance from the Association of Flight Attendants-Communications Workers of America (AFA-CWA), which cites concerns in cybersecurity, but it was ultimately the stalling that brought the company’s wishes to purchase the spectrum to a close.

“The next-gen ATG, as I said before, we are working on a next gen solution. We moved beyond 14G. That is taking too long and no longer is compelling an alternative to us given how well 2Ku is doing,” Small said. 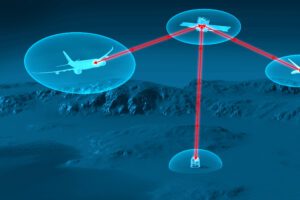 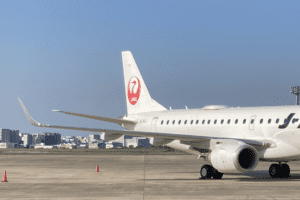 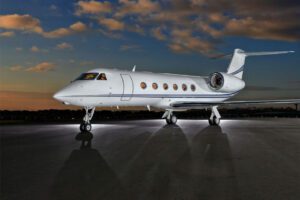 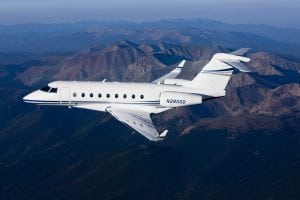 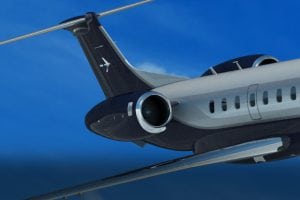