Take break from your St. Patrick’s day celebrations to spend some time with this week’s Avionics News Quiz! We can’t say it’s better than a tall pint of Guinness, but it’s awful close.

And if you’re up on the new entrants making their names in the In-Flight Connectivity (IFC) market this week, or what Boeing execs have been saying about their competition, there might just be a pot of gold in it for you at the end! (There isn’t any actual gold involved, but isn’t the pride that comes with a perfect score just as good?)

Ice age, as emissions rise faster than technology can cap them

A new a report is forecasting that total revenues from passenger In-Flight Connectivity (IFC) services will skyrocket from an estimated $700 million in 2015 to nearly how much by 2025?

Bombardier Business Aircraft has come out as a launch customer for the in-flight Wi-Fi system of what new entrant into the IFC market?

AT&T, which has recently reconsidered their decision to pull out of the IFC market

Major assembly of which Boeing aircraft is under way for the first time?

Gogo signed an agreement to provide Internet connectivity for airlines in which previously un-signed country this week?

Test Your Avionics News Knowledge!
Try out our weekly quiz to see how up you are on Avionics news!
It's been a busy week in the world of aircraft electronics, NextGen, in-flight connectivity and everything in aviation. Have you been keeping up with the latest developments? Test your knowledge here to see how you stack up!
Avionics News Quiz
March 18, 2016
Question 1
Check Out Your Results!
Question 2
Question 3
Question 4
Question 5
You're almost there! 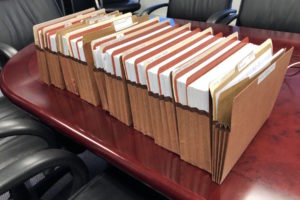