I enjoyed reading David Evans' Safety column, "Cruising with Smoke," in the December issue . He is right on many issues. However, I have a different understanding about the solutions to minimize the risk of smoke in aircraft.

I think that, due to the economic pressure the aviation industry has experienced in recent years and to cope with airlines requirements (especially on in-flight entertainment), the development cycle of components and systems has been reduced. This has led to products that fail after installation, sometimes resulting in smoke emissions. This problem can only be solved by better design of components and systems.

Adding a video smoke detection system will itself introduce a higher risk of smoke incidents caused by not-well-developed camera and display systems. We already have some experience of such failure modes on newly installed video surveillance systems in conjunction with the Phase II cockpit door.

As written in the column, the bottom line is to minimize the risk of smoke by introducing new standards and better design systems and components. It should not be to introduce new systems that only detect symptoms.

Your Safety column, "Getting Your Attitude Together," in the October issue verifies my observations of the aircraft's attitude director indicator (ADI): it is the most used, the most misused and the least understood instrument. The ADI has the highest failure rate of all the instruments in the aircraft. While complete failure is rare, erroneous indications are common. It's just the nature of the beast.

While many see the ADI as a contributing factor in many aircraft accidents. I think we can find blame in other areas. Much of the fault falls on the misuse and misunderstanding of the ADI's operational limitations.

In a lecture several years ago I said, "The ADI has the privilege of being the aircraft instrument with the highest failure rate. Any instrument-rated pilot that is not capable of flying the aircraft without using the ADI should not have a instrument rating." This brought many unfavorable comments, but I stand by the statement. With a proper knowledge of the ADI's limitations a pilot should be able to determine if it is operating within its designed specifications.

As mentioned in your column, moving the alternate or emergency ADI to a more visible position on the instrument panel would be a great improvement. I also would give partial panel training a high priority. Training would include recognizing and flying with incorrectly indicating flight instruments. Finally, there should be a requirement for the periodic testing of all aircraft instruments.

I enjoyed David Jensen's article, "WAAS-Capable GPS Receivers," in your September issue of Avionics magazine. However, the following dates and details need to be accurate: The FAA's wide area augmentation system was commissioned on July 10, 2003, not April 10. Also, the national operational control center (NOCC) and the project operations control center (POCC) currently exchange duties and functions every two hours, not every four. Apart from the discrepancies, the article is current and informative.

In the December 2003 Editor's Note column, we inadvertently gave the Wright Brothers and their Wright Flyer a bit too much credit. The aircaft first flew at Kitty Hawk for 12 seconds, not 12 minutes, as is written. Regardless of the duration of the flight, the impact of that historic event can not be overstated.
–Editor 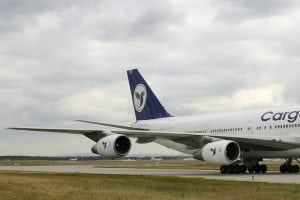 WAAS: Back in Step