[Avionics Today 03-14-2016] Gogo has signed a term sheet with Beijing Shareco Technologies to install its 2Ku In-Flight Connectivity (IFC) technology on 50 commercial airliner aircraft for Hainan Airlines and Beijing Capital Airlines. Beijing Shareco is an aircraft In-flight Entertainment and Connectivity (IFEC) provider based in China, and will be working with Gogo to achieve the necessary regulatory approvals required to install 2Ku on aircraft operated by Hainan and Beijing Capital. Gogo test aircraft. Photo: Gogo.
This is the largest announced IFC deal in China and the first airline deal for Gogo in the country. In addition to IFC, Gogo will also provide its wireless In-Flight Entertainment (IFE) solution, Gogo Vision, for Shareco to install on these aircraft.

"We are extremely excited to partner with Shareco to deliver in-flight connectivity to passengers in China," said Gogo's president and CEO, Michael Small. "2Ku was built on the premise of being able to deliver an experience similar to what passengers experience on the ground all over the world including the Chinese market." 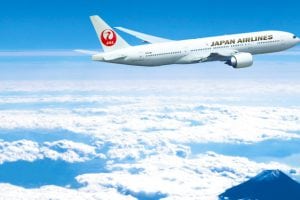