[Avionics Today 02-25-2016] Panasonic Avionics has struck two major, multi-year, High Throughput Satellite (HTS) capacity agreements with SES to serve aeronautical and other markets across the Americas. Panasonic Avionics contracted for capacity on the SES 14 and SES 15 satellites, which are set to launch in September and October 2017, respectively.

“These major agreements are another step-change in the highly dynamic and buoyant aeronautical connectivity market,” said Ferdinand Kayser, chief commercial officer of SES. “SES 14 and SES 15 are designed for mobility; they are able to dynamically tailor power allocation and bandwidth to maximize capacity. This enables delivery to aircraft across different geographies and time zones. The design allows for easy transition from one region to another, from one gateway to another, and from one satellite to the other. The designs of both satellites include video broadcast beams, which complement the spot beams, maximizing throughput for Internet and video streaming traffic.”

Gogo announced a similar deal earlier this week, contracting for capacity aboard SES 14 and SES 15, which will enable Gogo to support an enhanced In-Flight Entertainment and Connectivity (IFEC) experience for airline passengers traveling routes over North America, Central America and the Caribbean, according to the IFC provider. 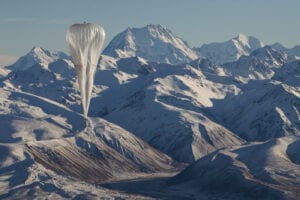