If you’ve been keeping your eyes to the skies over Singapore you should have no problem acing this week’s Avionics News Quiz! See if you can identify all the contracts won and contracts lost this week, or just take a peek at some of the biggest news, technologies, and partnerships to come out of Asia’s most eventful aviation event.

Try This Week's Avionics News Quiz!
Our new Avionics News Quiz is designed to challenge your knowledge on the latest happenings in the aviation industry. Think you're a true aviation geek? Take our quiz and how you stack up this week!
At the Singapore Airshow, Aireon struck an aptly timed agreement with the ANSP of what country to provide space-based ADS-B services?

Alongside GEE, which airline will be the first European-based carrier to offer gate-to-gate Wi-Fi on its flights?

In a major win for the Canadian manufacturer, Air Canada announced an order for how many of BombardierÃ¢â¬â ¢s C Series 300 aircraft?

No one, the Air Force thought all aircraft options were shoddy and poorly made

Which airline renewed its contract for Rockwell CollinsÃ¢â¬â ¢ voice and data communications systems this week?

Test Your Avionics News Knowledge!
Try out our weekly quiz to see how up you are on Avionics news!
It's been a busy week in the world of aircraft electronics, NextGen, in-flight connectivity and everything in aviation. Have you been keeping up with the latest developments? Test your knowledge here to see how you stack up!
Avionics News Quiz
February 29, 2016
Question 1
Check Out Your Results!
Question 2
Question 3
Question 4
Question 5
You're almost there! 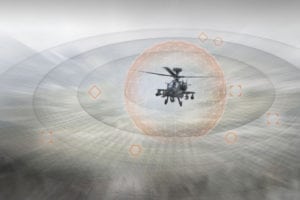