CEOs do a lot of talking. As the face of the company, they push out yearly guidance, put a positive spin on bad news, field analyst questions as gracefully and effortlessly as prima ballerina, and sometimes — if we’re lucky — take a couple of jabs at their competitors. As 2015 comes to a close we’ve put together a little quiz for you to test your knowledge of some of this year’s most memorable quotes straight from the mouths of aviation executives themselves. If you’ve been listening in to every conference call and kept your ears open at every 2015 airshow, then you just might ace it!

Ã¢â¬ÅThe airlines think about touching their planes the way you or I would think about getting a knee or a hip replacement. You may know itÃ¢â¬â ¢s necessary, you may know you really want it but you are still really wary about doing this and thinking of all the reasons to put it off.Ã¢â¬Â

Ã¢â¬ÅMH370, we donÃ¢â¬â ¢t know what happened, but one of the things that we do know is that all of the communications, all of the navigation equipment was turned off, rendering that aircraft invisible to anything other than primary radar. ADS-B wouldnÃ¢â¬â ¢t solve it.Ã¢â¬Â

Ã¢â¬ÅEverybody is all concerned about China. Ã¢â¬ËOh my god China is slowing down; China is awful.Ã¢â¬â ¢ The point of the matter is that there are still 15 million people a year in China moving from the farms to the factories. You will see 300 million people urbanize in the next 20 years in China. That means the growth that youÃ¢â¬â ¢re seeing in Shanghai in the next 20 years, theyÃ¢â¬â ¢re going to build a new megacity, one and a half mega cities every year in China. And itÃ¢â¬â ¢s the same thing with commercial air traffic.Ã¢â¬Â

Test Your Aviation Executive Knowledge!
Try out our weekly quiz to see how up you are on Avionics news!
CEOs, CFOs, CIOs and all those other high-level acronyms don't just make the news, they are the news. Have you been keeping your ears open in 2015? If so, give our year-end news quiz a try and see if you can match the exec with these zany, inspiring and downright crazy quotes!
Avionics News Quiz
December 18, 2015
Question 1
Check Out Your Results!
Question 2
Question 3
Question 4
Question 5
You're almost there! 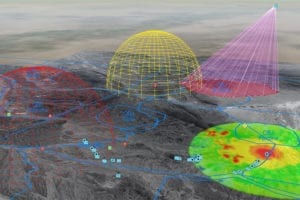