[Avionics Today 12-8-2015] Virgin America Senior Vice President and Chief Financial Officer (CFO) Peter Hunt told analysts at the third annual Credit Suisse Industrials Conference that the airline expects to grow at roughly 10 percent annually through the end of the decade. The executive also said the California-based carrier will continue to invest in the Airbus A320, and eventually the A321, as the workhorse of its fleet. Virgin America A320. Photo: Virgin America.
Virgin America is coming off of a third quarter where net income totaled $73 million, an increase of $31.3 million from the same period in 2014. That marks 12 consecutive quarters of year-over-year improvement, as the airline has continued to expand and improve financially since 2013, which was its first full year of profitability since launching in 2007. In October, Virgin entered into agreements to finance approximately 80 percent of the purchase price of its five 2016 Airbus A320 deliveries.
Currently, Virgin America has a total of 53 leased A320s within its fleet. It also has an additional four new aircraft that it owns this year with a fifth aircraft scheduled for delivery prior to the end of the year. The airline will add another five new A320 current engine options (A320ceos) in the first half of 2016. Virgin has a partnership with ViaSat to equip the 10 new A320s with an in-flight Wi-Fi service that can operate in both Ku- and Ka-band satellite networks on the same aircraft, making it the first commercial carrier to introduce this technology. The faster in-flight Wi-Fi has allowed Virgin to introduce Netflix streaming video on those A320s as well.
Hunt said Virgin will continue to operate an all-Airbus fleet going forward, and that he likes the future of the aircraft-leasing environment around the re-engined version of the A320 new engine option (A320neo) that achieved joint EASA and FAA type certification at the end of November.
"The environment is really good. The leasing community has signed up for a very large number of … A320neo aircraft. Everyone became very enamored with this aircraft when it was announced for good reason. It’s a great aircraft, a great product," said Hunt, noting that the airline will make a decision soon about when it wants to add the re-engined version of the A320 to its fleet. The airline executive said Virgin is looking at the 2017 to 2019 timeframe to introduce the new version of the A320 into its fleet.
The A320neo features two engine options, CFM International's LEAP-A and Pratt & Whitney's PurePower PW1100G-JM, and a projected per-seat fuel burn savings of 20 percent, compared to current in service A320s. Originally launched in 2010, Airbus has received more than 4,300 orders from 75 different customers for the new version of the A320, according to their latest order report.
Hunt also discussed Virgin America's decision for ownership versus leasing aircraft. The five A320s introduced this year and the five on schedule for delivery in early 2016 will be under Virgin ownership, not leased.
"We are going to be a lot more adept at aircraft and how we finance them, how we bring them on, and how we acquire them than what we were able to do in the past as a small airline," said Hunt. "That’s the one and only area of our cost structure historically where we have been at a disadvantage relative to pretty much every other airline out there. I see that improving a lot over time with this next 10 [aircraft], we are going to get a lot of benefits of more efficient financing of the aircraft, owning the aircraft and the [Profit and Loss] P&L aspects that come with that to help the cost structure."
Going forward, Hunt said that, as the airline continues to improve financially, they will also continue to improve the lease rates they are able to obtain from lessors.  When asked whether Virgin will look to purchase some of its current aircraft off lease, Hunt said the opportunity is certainly up for consideration.
"We would be interested in that, but I’ll tell you, by improving our value sheet we look like a really good customer to these lessors, so I don’t think there’s a lot of interest in the lessors to sell these aircraft. If opportunities came up we would certainly look at that; we expect to have these aircraft around for a long time and it would certainly improve our cost structure to make some investments like that," said Hunt.
Future growth opportunities could also include plans to extend flight operational range capabilities slightly by investing in the A321 as well.

"We like the A321 a lot, the only reason that these 10 are not A321s are that we negotiated this agreement with Airbus in 2010, the focus was purely on A320s, we just did not have the right economics in this contract to update these aircraft to A321s. But I think for future growth, including aircraft we might look at with lessors in 2017 or 2018, we would look very heavily at the A321. It has better range characteristics for things like flying from Los Angeles to Hawaii. It allows us to up-gauge in slot controlled markets rather than adding additional flights, which is a much better more efficient way to grow in those markets,” said Hunt. “There’s definitely room for the A321 in our network I think that’s probably something we will acquire at some point," said Hunt. 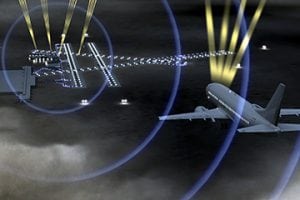