[Avionics Today 05-27-2015] Gogo has received the first of two Standard Type Certificates (STCs) from the FAA that will be required for the next generation 2Ku satellite connectivity service. The initial certification will allow Gogo to conduct flight tests on its own 737-500 flying lab. Gogo will begin testing with one antenna and expects to add a second antenna in June. The In-Flight Connectivity (IFC) provider also expects to obtain the second required STC and launch commercial service of its 2Ku technology later this year.

"This is a crucial step toward bringing Gogo's 2Ku service to market later this year," said Anand Chari, Gogo's chief technology officer. "We now have [Federal Communications Commission] FCC approval and FAA approval for the radome, antenna and avionics equipment."

The company anticipates 2Ku will deliver peak speeds of 70 Mbps to the aircraft, which is more than 20 times the bandwidth provided by Gogo's first generation Air-to-Ground (ATG) solution in the U.S. 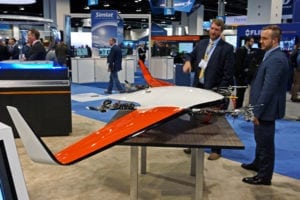 Future of Flight: Where Do Engineers See the Industry Headed?