XTAR and Leidos Team Up to Test AISR

[Avionics Today 08-21-2014] XTAR, LLC signed an agreement with Leidos, a technology solutions provider for national security missions, to support testing of manned Airborne Intelligence, Surveillance and Reconnaissance (AISR) aircraft serving U.S. military missions. The contract provides Leidos access to the Mount Jackson teleport located in western Virginia, which was requested because of its proximity to their own facility in Bridgewater, Va.

Under terms of the contract, XTAR will provide secure space to house Leidos’ own X-band antenna as well as terrestrial connectivity. This allows Leidos to test various manned airframes, including the KingAir 350 aircraft. The testing leverages X-band space segment capacity on the XTAR-LANT satellite, the company said.
This contract, which began at the end of 2013 and will continue through 2015, supports XTAR’s development and testing of new X-band systems that aim to provide airframes with enhanced mobile communications capabilities.

Rockwell Collins to Use VxWorks MILS 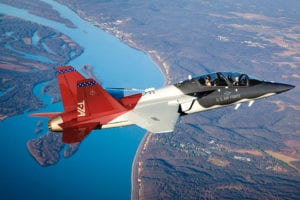