The island carrier is looking to use the switch to EFBs to reduce its fuel consumption and receive vector-based terminal charts for data-driven enroute content, Jeppesen said.
"Jeppesen and FliteDeck Pro on iPad have provided the base for us to receive this authorization and achieve one of the first fully digital airline operations in Europe,” said Capt. Patrick Calleja, head of Aircraft Operations, Air Malta.  “It has been our goal to become a paperless airline and we look forward to continued operational benefits and improved efficiency using FliteDeck Pro as our EFB platform," said Patrick Calleja, head of aircraft operations at Air Malta.

The Maltese Islands-based carrier is looking to introduce the iPad EFBs across its entire fleet of Airbus A320 family aircraft.

For more EFB news, check out the in-depth article on the growth of EFB technology in the July/August 2014 issue of Avionics Magazine. 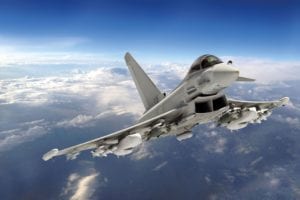