Universities and officials from New Jersey, Maryland and Virginia are working together in a bid to be selected as one of the six testing centers for FAA's program to integrate unmanned aircraft systems (UAS) into the National Airspace System (NAS).
The states submitted proposals to FAA through the University System of Maryland and the Mid-Atlantic Aviation Partnership (a government-industry/academic partnership between New Jersey and Virginia) in May. FAA's UAS integration office will issue its decision on selections of the six test sites by the end of the year.
"The real strength of our combined efforts is in our technical approach as a team.  Between our university facilities, our NASA and DoD installations, and our industry and airport partners, we have a high caliber team that has been involved in this work for decades," said Robert Walters, vice president of research at Virginia Tech. "Being able to bring that capability to the table without having to form those relationships will save time and money, and produce a better outcome for all of us."
In 2012, Virginia Gov. Bob McDonnell and Maryland Gov. Martin O'Malley sent a joint letter to the Department of Transportation advocating the Virginia/Maryland region as a leading candidate for one of the testing sites, citing the work that has already been done testing military applications for UAS at Maryland's Naval Air Station Patuxent River.

"The mid-Atlantic region has played a predominant role geographically and commercially throughout the first hundred years of manned aircraft flight research.  Coupled with the strength of our three universities' ongoing collaboration and demonstrated capabilities over the past three decades within the realm of unmanned systems, we as a regional partner group are well-positioned to ensure the safe and efficient integration of UAS into our nation's skies," said Thomas N. Farris, dean of the School of Engineering at Rutgers, the State University of New Jersey. 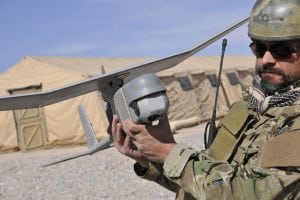