Cobham Avionics is “within weeks” of obtaining FAA supplemental type certification of a synthetic vision system (SVS) on a Part 25 transport-category aircraft, which will be its first such SVS certification, the company said. Formerly known as Chelton Flight Systems, Cobham developed the first, civil-certified SVS system in 2002 for GA aircraft, as part of the Alaska Capstone technology demonstration. In a briefing Wednesday at Cobham’s Arlington, Va., offices, Gordon Pratt, Cobham Avionics director of business development, said the company is awaiting an STC for the dual-pilot Cessna Citation 550. It has existing FAA and EASA approvals on several hundred airplane and helicopter types, including single-pilot Citations. “We’ve had this certification for some time,” Pratt said. “Our focus is on owner-flown and business-flown aircraft.” Pratt said he doesn’t expect to see synthetic vision equipped in airliners anytime soon, “because they don’t have the problem synthetic vision prevents.” SVS, he said, is a solution  more for dynamic, high-workload operations such as single-pilot helicopter flights in IFR conditions. 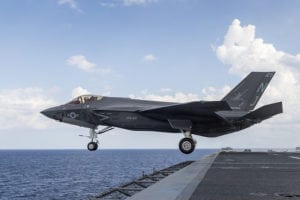