Could it be? After nearly five years, is there really an actual, official, signed and authorized FAA funding bill, not simply another extension?

After years of political wrangling, pontifications, 23 short-term extensions and a partial agency shutdown last July, Congress in February approved a four-year, $63 billion funding bill for the agency. For real. As we went to press with this magazine, the legislation awaits the President’s signature.

That sound you heard was the collective sigh of relief from the U.S. aviation industry.

In addition to providing a bit of stability to the agency that has been living on borrowed time for the last few years, the funding authorization is a big boost to the agency’s slumping Next Generation Air Transportation System (NextGen) modernization, which has been suffering its own setbacks as of late. The bill includes provisions establishing for a Chief NextGen Officer to oversee the multi-billion-dollar initiative and incentivizing equipage. The creation of the Chief NextGen Officer will also “strengthen accountability for the progress on the Next- Gen program,” according to a statement from the House Transportation and Infrastructure Committee.

I can’t help but wonder how much further along NextGen would be, and how much closer the industry would be to realizing its benefits, if a funding mechanism had been passed 23 extensions ago.

“This legislation will, at long last, provide stable funding and policy direction for the FAA’s safety programs, airport development grants and operations for fiscal years 2012 through 2015,” said House Aviation Subcommittee Chairman Tom Petri (R-Wis.). “I am particularly pleased that we are moving forward with the NextGen modernization of our air traffic control system. Once in place, the new system will bring about a revolution in aviation providing greater safety, lower costs, fewer emissions and better on-time performance with shorter, more direct flights. I am very excited about it.”

Statements from aviation, air traffic control and legislative leaders around the industry praised Congress for getting the bill done. (The words “finally,” “long awaited” and “long overdue” were used. A lot.)

“The business aviation community understands that a long-term measure is the best way to ensure that the agency has the guidance needed to pursue long-term initiatives, including implementation of a Next Generation Air Traffic System, and other priorities, so that our aviation system can meet the needs of the future,” said Ed Bolen, president and CEO of the National Business Aviation Association (NBAA).

Rhetoric aside, the deal comes not-a-moment too soon for those in aviation. We’re all dealing with air transportation delays and cancellations that NextGen promises to someday alleviate. But more specifically this FAA funding delay, and the sluggish pace of NextGen implementation, is having an impact on companies’ bottom lines. On the same day his company posted a first-quarter loss, Honeywell Chief Financial Officer Dave Anderson told The Wall Street Journal he expects it’ll be another year or more before NextGen contracts start to emerge. “The technology is available now,” he told the Journal, adding he didn’t expect any contract awards until 2013 or 2014.

“After more than five years and 23 extensions, passing the FAA Reauthorization Bill will enable both government and industry to plan long-term and operate in a predictable, more efficient manner instead of dealing with the uncertainty of each brief extension. It will also provide the FAA with key milestones it must meet, thus making the agency more accountable to the industry and the public,” said Bobby Sturgell, senior vice president, Washington operations, Rockwell Collins.

NextGen and the users of the National Airpsace (NAS) certainly haven’t waited for Congress to get its act together to pass the legislation; progress has been made to modernize the airspace, including operators utilizing required navigation performance (RNP) and conducting trials of automatic dependent surveillance-broadcast (ADS-B).

But no one would argue that the uncertainty on Capitol Hill and the lack of direction from Congress has put the brakes on NextGen. It’s not prudent to ask “what if” but I can’t help but wonder how much further along NextGen would be, and how much closer the industry would be to realizing its benefits, if a funding mechanism had been passed 23 extensions ago. It doesn’t matter now, I suppose, but I’m hopeful and excited to see what the next four years will bring to the airspace. 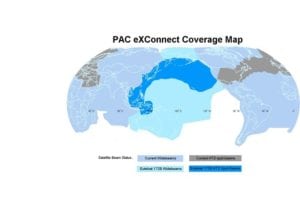