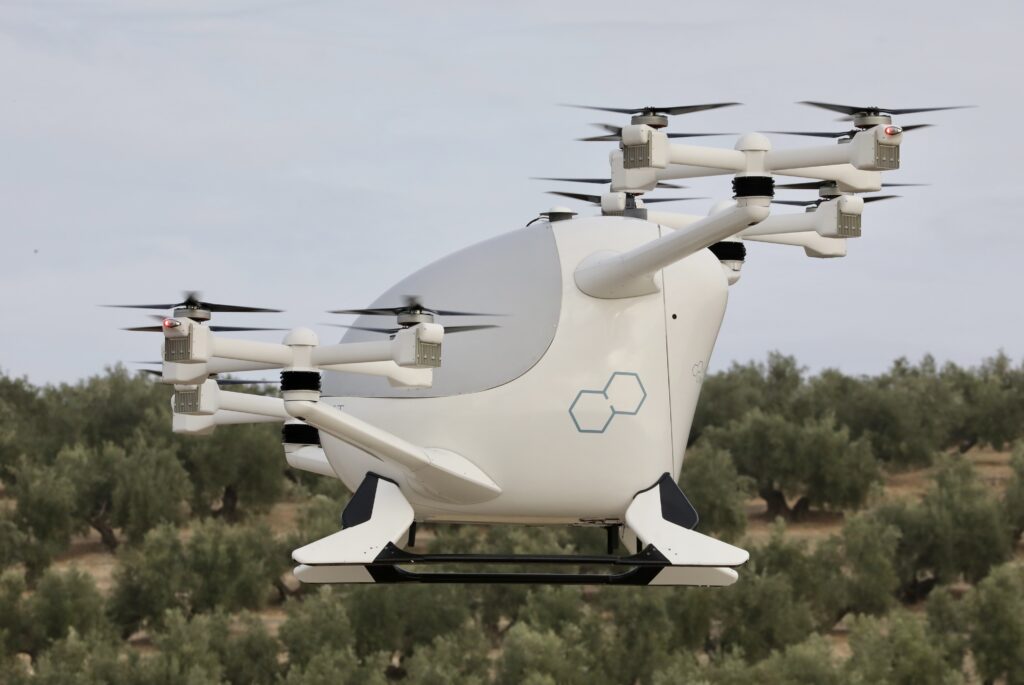 Óscar Lara, the Chief Operating Officer (COO) at UMILES Next, discusses the company's collaboration with TECNALIA and the recent test flights conducted with the Concept Integrity eVTOL prototype. (Photo: UMILES Next)

In late October, the electric air taxi prototype Concept Integrity performed its second successful test flight. The electric vertical take-off and landing (eVTOL) aircraft was designed by UMILES Next and was equipped with FlyFree technology that was developed by TECNALIA. The test flight is part of a European demonstration project called USPACE4UAM that supports the integration of manned and unmanned aircraft into the airspace in urban environments.

Concept Integrity’s first flight took place in Toulouse in September. This second test flight was conducted at the ATLAS Test Flight Centre in Spain. Another eVTOL developer, Lilium, has also been performing flight tests at the ATLAS center since April. This fall, Lilium successfully achieved a full transition from hover to wing-borne flight with its Phoenix 2 technology demonstrator.

According to the announcement from Umiles Next, the third site where the team is conducting test flights of the Concept Integrity is Lugo, Spain.

In a written interview with Avionics International this week, Óscar Lara, the Chief Operating Officer (COO) at Umiles Next, shared some insights into the partnership with Tecnalia and development of the Concept Integrity aircraft. 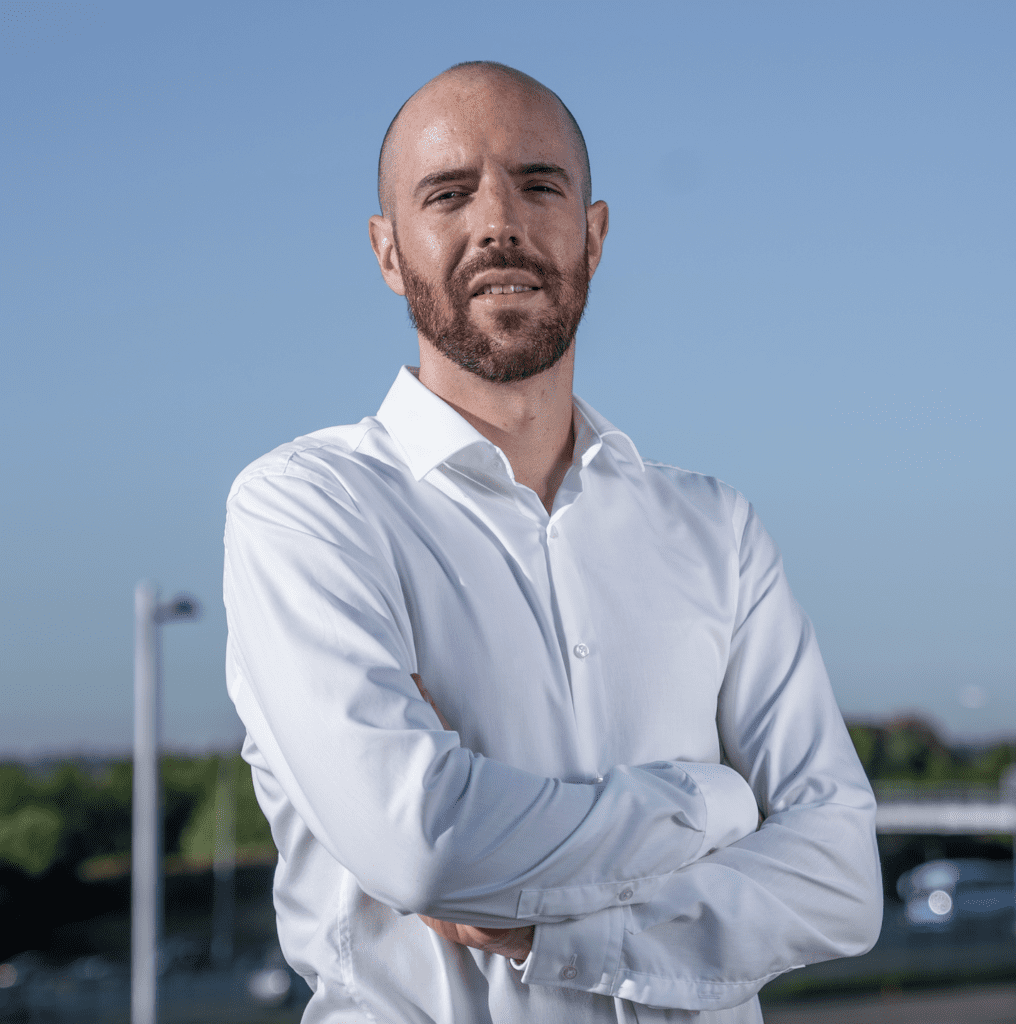 Óscar Lara, COO of UMILES Next

Avionics: What is USPACE4UAM and how does Umiles Next participate in this project?

Óscar Lara: USPACE4UAM is a European Union project that consists of introducing new types of aircraft (drones, unmanned aircraft, air taxis) in an airspace compatible with the current airspace. Within this context, Umiles Next and Tecnalia have conducted several flight tests, testing how our air taxi can be included in these airspaces, including coordination with other actors within the airspace and identifying our potential specific needs in these new environments.

What is the extent of the partnership between Umiles Next and Tecnalia? How do the two companies benefit from working together?

Lara: Umiles Next acquired the technology developed by Tecnalia for the development of new flight systems applicable to the air taxi concept Integrity. Currently, Tecnalia is an engineering service provider of Umiles Next that is helping us in the new developments oriented to the implementation of the technology in Integrity 3 (2+1), a new aircraft in design process that represents an evolution with respect to Concept Integrity and in which all the needs are being taken into account for the Type Certification of the same. 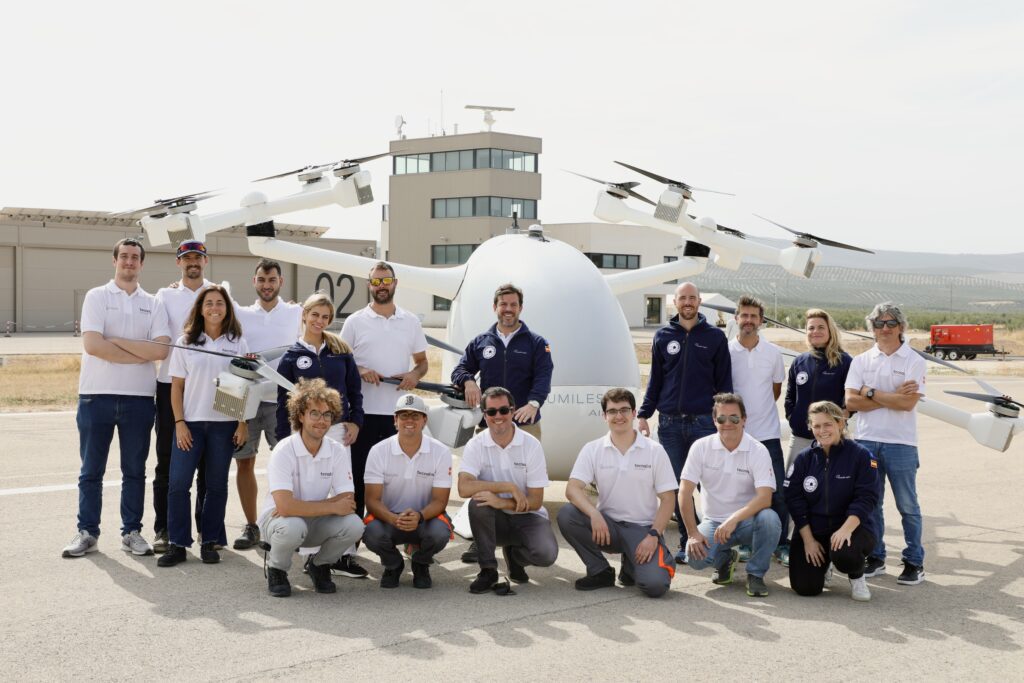 Pictured above is the Concept Integrity team at the ATLAS center. Honeywell is leading the USPACE4UAM project, which also includes the companies Vertical Aerospace, CATEC, and ENAIRE. (Photo: UMILES Next)

Can you share any details about the Concept Integrity aircraft and the test flights?

Lara: The Concept Integrity aircraft has so far performed three outdoor flights in the cities of Toulouse, Jaén, and Lugo in which the results obtained previously, in the indoor flights performed, have been corroborated.

The objective of these flights has been to validate the different aspects of the vehicle, its flight envelopes, and, in particular, to verify its own differentiating technologies. The results so far have been very satisfactory since we have been able to verify that the behavior of the aircraft fits with a high precision to the simulations performed. For this purpose, we have tested different flight scenarios, with different ranges, maneuvers, environmental conditions, and air traffic.

An important conclusion of the flights has been the demonstration of the high safety and stability of the aircraft and, by extension, of Umiles Next's proprietary technology (FlyFree), which presents a clear competitive advantage in the air taxi market, where this need is clearly a commercial driver.

What are some of the company’s short-term objectives?

Lara: The goals we have for the near future can be divided into two parts.

On the one hand, we have the objective of continuing to perform flights with the Concept Integrity aircraft to further validate the technology and with it the flight envelope of the aircraft.

On the other hand, we aim to continue developing the new Integrity 3(2+1), which will be the aircraft that will complete the certification process.

All this together with our autonomous ground vehicle developments will make our vision of "Changing How The Planet Moves" a reality. 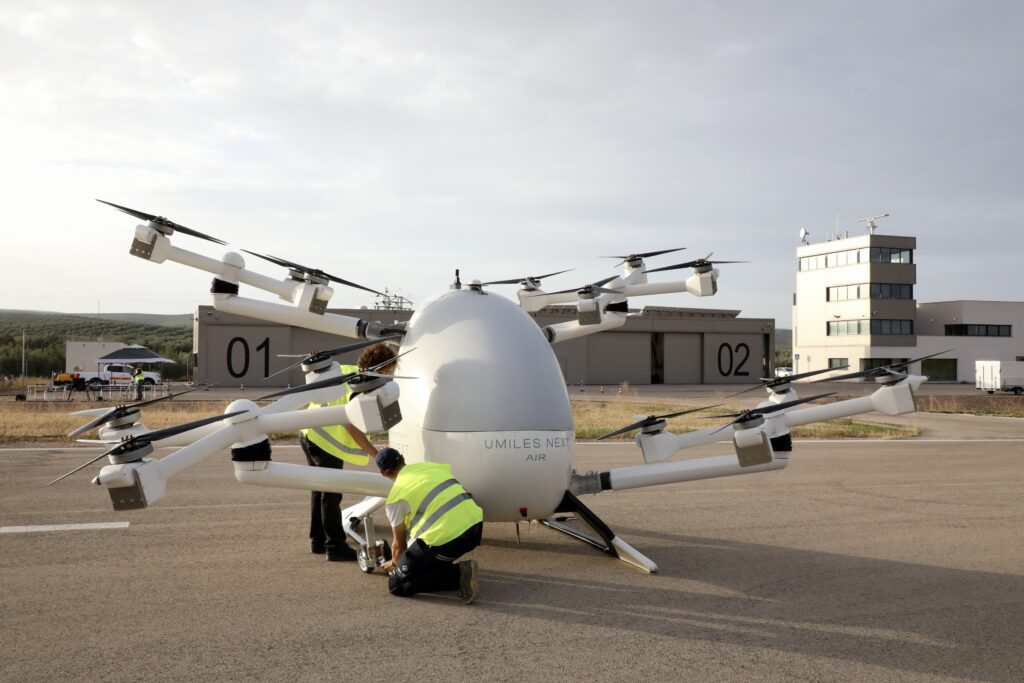 "The Concept Integrity was flanked at the testing event by other unmanned aircraft at different layers with a view to proving that this new traffic type can be safely and seamlessly integrated into urban areas in the near future." (Photo: UMILES Next)

Could you tell us more about the testing of automatic flight control and autonomous take-off and landing systems at Umiles Next?

Lara: Our Concept Integrity aircraft is conceived to be autonomous, which means implementing important innovations in the different flight control and navigation systems.

This approach has a strong implication in conventional air traffic management, which is precisely one of the points we have been working on in all these European projects.

However, we are aware that in the near future, autonomous aircraft for passenger transport will not be certifiable due to a lack of regulation. That is why we have decided to design the Integrity 3 (2+1) aircraft including a pilot as an intermediate step to a future autonomous aircraft.

As everybody knows the landing and take-off phases can be the most challenging of a flight and therefore the realization of these tests means an important step towards the autonomous future of aviation.

Without these systems, that we are testing together with other companies, such as Honeywell, this automation would be complicated. That is why in the flights we have already made, one of the elements we have tested is different scenarios in which our eVTOL has faced situations of potential collision with other users of the airspace, the reaction being very positive. 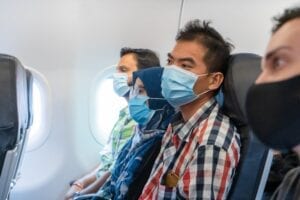