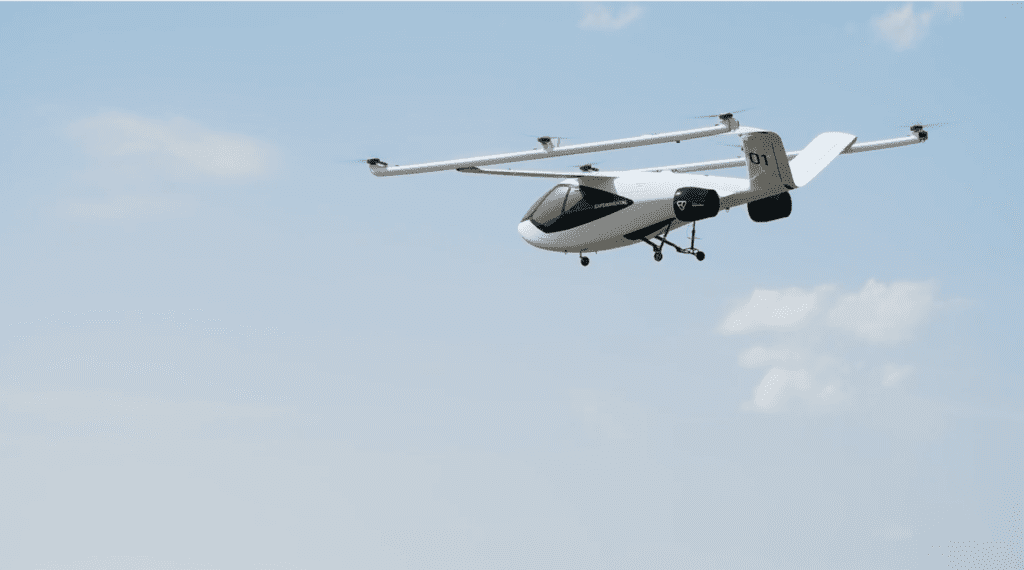 Volocopter's four-seater, fixed-wing eVTOL aircraft completed its first flight in May, the company announced this week. (Photo courtesy of Volocopter)

German urban air mobility company Volocopter just announced that the four-seater VoloConnect aircraft completed its first flight in May. The VoloConnect, an electric fixed-wing passenger aircraft capable of vertical take-off and landing, could enter into service as early as 2026. Volocopter has two other electric vertical take-off and landing (eVTOL) designs—the VoloCity, designed for urban air mobility (UAM) applications, and the VoloDrone, an uncrewed utility drone.

Volocopter’s team plans to continue increasing the flight envelope as they carry out more tests. To gradually test the aircraft’s limits, according to a source from Volocopter, they will increase flight speeds and durations as well as failure cases.

The VoloConnect will offer customers flights of 60+ miles. As battery density increases, the aircraft’s range will automatically increase as well. “The 60-mile range is based on the battery cell density that can be purchased off-the shelf today for aviation applications,” according to the source.

The VoloCity model has been undergoing extensive flight testing since the end of 2021, and according to a spokesperson from the company, they are quickly progressing towards type certification. The team’s objective is to launch at the Paris Olympics in 2024 and begin offering the first commercial routes at that time. “We are working on receiving our type certification from EASA,” the spokesperson shared, “and we have been working with EASA since 2017.” The two-seater VoloCity eVTOL aircraft is designed specifically for short inter-city flights, with a range of about 22 miles. 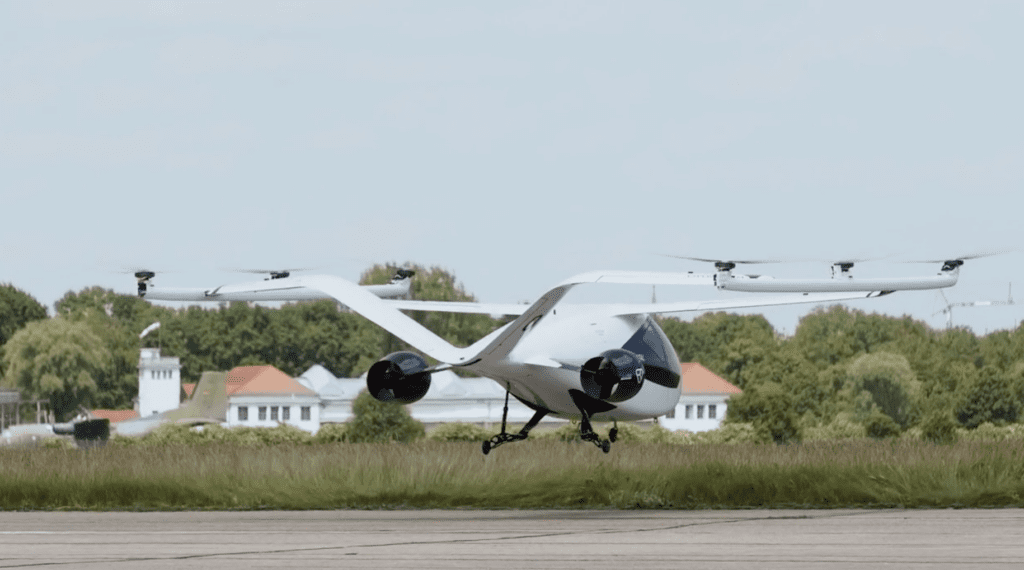 The VoloConnect, pictured above in take-off, has a target launch date of 2026. (Photo courtesy of Volocopter)

Volocopter has already received two out of four major certifications that are necessary to begin commercial services—the Design Organization Approval and Production Organization Approval. The company has also entered into agreements with Paris, Rome, NEOM, and Singapore to launch air taxi and other UAM services. The joint venture with NEOM includes plans to develop a “smart city” to host the world’s first customized public vertical mobility system. The enterprise NEOM has placed an order for 10 VoloCity passenger eVTOL aircraft and 5 VoloDrones to incorporate into this planned city.

Volocopter’s heavy-lift drone model, the VoloDrone, performed its first public flight in October 2021 in Hamburg. The drone was first unveiled in 2019 along with the company’s vertiport concept, called the VoloPort. Volocopter continues to identify use cases for the VoloDrone and partner for collaboration, said the company’s representative. In looking for partnerships, the source shared, they intend to focus only on areas where they can add value.

“What’s impressive with this announcement [about the first flight of the VoloConnect] is the turnaround time. It’s been 17 months from inception to flight,” the company’s spokesperson remarked to Avionics this week. “We’re also the only eVTOL developer that has these three different aircraft designs—we’re really focusing on the ecosystem.”