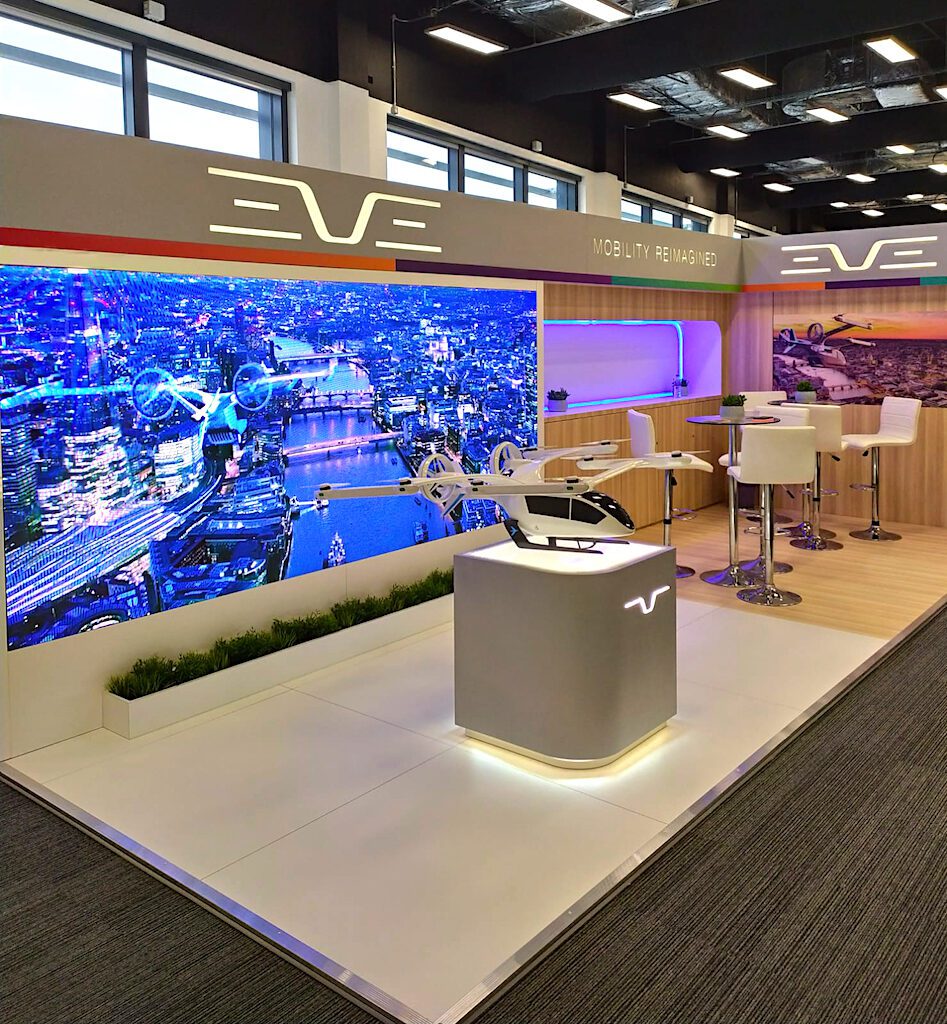 While Embraer CEO Francisco Gomes Neto fielded no questions from analysts or investors about the future potential of their electric vertical take-off and landing (eVTOL) development arm Eve during their annual results call last week, the Brazilian executive emphasized his enthusiasm about the future market potential presented by urban air mobility (UAM).

“The listing at New York Stock Exchange in closing is expected for this second quarter with total investments of about $500 million, which includes special and strategic investors. The anticipated pro forma enterprise value is $2.4 billion,” Neto said in his remarks. “Eve has the strategic support from Embraer, with access to infrastructure, extensive aircraft certification and manufacturing experience, and already established global network of services and support, intellectual property, and engineers as major differentiators from other projects.”

Neto also highlighted Eve’s various airline partnerships and future purchase agreements that include SkyWest, Republic Airways, and partnerships with Rolls Royce and BAE Systems, among others, to develop the future services and infrastructure necessary to enable UAM operations. Eve has also found funding in commercial aircraft leasing companies. Azorra, the Florida-based aircraft leasing company that specializes in Embraer regional jets, signed an LOI with Eve for up to 200 eVTOL aircraft in December.

Although Brazil's civilian aviation authority, ANAC, recently accepted Eve's formal process for obtaining a Type Certificate for its eVTOL, the company has not yet unveiled any images of a real subscale prototype or demonstrator of the aircraft that it is promoting as under development. Instead, computer-generated images of what Eve's conceptual eVTOL could eventually become have appeared in press releases over the last year, such as the one above in branding. (Eve Air Mobility)

In the near term, Embraer will be focused on serving existing demand for its first- and second-generation regional E-jets, which have increased in popularity and utilization due to the COVID-19 related air travel restrictions forcing the majority of passenger-carrying flights to operate domestic and regional routes.

Embraer reported overall $4.2 billion in revenue last year, up from $3.7 billion in 2020. The company delivered a total of 141 jets last year, including 48 commercial aircraft and 93 executive jets (62 light and 31 mid-size), according to their reported delivery results. Last week, Embraer launched its new E-190F and E-195F Passenger to Freight Conversions (P2F) program, with conversions of existing E-jets to occur in Brazil.

Embraer has also experienced some of the same supply chain shortages for semiconductors and raw materials that other aviation companies have reported in annual results calls and reports in recent weeks—however, not to the extent that they’re impacting delivery schedules for the company in a major way.

“I think it is also important to mention that the Russia-Ukraine conflict should not bring supply disruption in the midterm because we have worked on stocking some strategic items,” Neto said.

One area that is concerning to Embraer Chief Financial Officer (CFO) Antonio Garcia is defense, as they finished 2021 with $594 million in revenue for its defense segment, compared to $654 million in the previous year.

“We are going to suffer a little bit in 2022, and we do see a zero in 2022 because all budgets were cut, especially in front of the Brazilian government here; therefore, we are going to suffer in 2022,” Garcia said. “That's one of our headwinds we have in our guidance.”