Shown here, Electra's ultra-short takeoff and landing aircraft can deliver nearly triple the payload capacity, an order of magnitude longer ranges, and less than half the operating costs. Electra is the most sustainable choice for advancing urban and regional air mobility. (Electra)

Electra.aero has received a $125,000 small business technology transfer (STTR) contract from NASA to mature its electric ultra-short takeoff and landing (eSTOL) aircraft, the company announced in a July 27 press release.

The contract was secured with the partnership of Electra.aero and Dr. Alejandra Uranga, a Gabilan Assistant Professor at the University of Southern California’s Department of Aerospace and Mechanical Engineering. The two partners will work on computational models of distributed electric propulsion, Ben Marchionna, director of technology and innovation at Electra.aero, told Avionics International.

“This contract will be focused on the development of low-order computational fluid dynamics (CFD) models of blown lift aerodynamics from wing-propulsor interactions – i.e., distributed electric propulsion,” Marchionna said. “The models will help improve the accuracy and precision of performance estimates and speed up design trades.”

Uranga said currently available models have not been validated against full-scale vehicles and the methods developed in these models will help Electra.aero when designing its vehicle.

“eVTOLs use electric propulsion to takeoff and land vertically – many of these concepts then transition from vertical flight to forward flight with a wing providing the lift once in cruise,” Marchionna said during an interview earlier this year. “Vertical flight requires significantly more power, resulting in an enormous payload, range, and cost penalty. eSTOLs use electric propulsion and an aerodynamic technique called blown lift to takeoff over distances as short as 100 feet. This provides eSTOL aircraft access to many of the same urban air mobility markets.”

The blown lift technology pushes air over the aircraft’s wings and then moves it downward.

“Blown lift is an aerodynamic technique that tricks the wing into thinking it's much larger than it really is,” Marchionna said. “Propellers are typically used for thrust and the wing is used to generate lift. Blown lift uses the propellers to also blow significant amounts of air over large wing flaps that deflect the air downwards. This can be done very efficiently across the entire span of the wing with distributed electric propulsion systems. The technique has been used for nearly 75 years, with extensive research, flight testing, and operations by NASA and the USAF in the 1960s and 70s, but the advent of distributed electric propulsion now makes blown lift practical again.”

Electra.aero received a $1.5 million investment from the Air Force’s Agility Prime in June to develop this technology.

The company is currently building its technology demonstrator that will complete ground testing later this year, Marchionna said. The aircraft is expected to begin flight testing in 2022 and receive certification from the Federal Aviation Administration under Part 23 regulations in 2026. 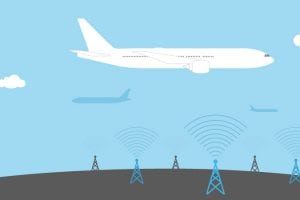 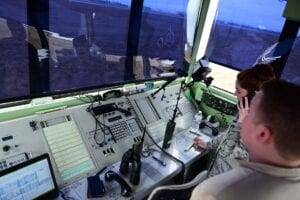