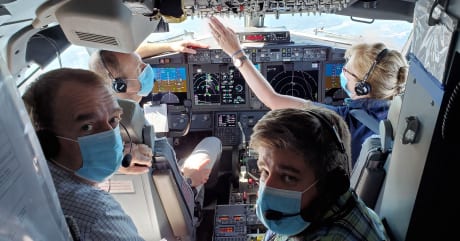 EASA is ready to attend the Joint Operations Evaluation Board meetings in London after completing its test flights in Canada. (EASA)

European Union Aviation Safety Agency (EASA) officials are ready to participate in a multinational evaluation of the 737 MAX’s re-entry into service after completing test flights of the aircraft in Vancouver, Canada.

Starting on Sept. 14, EASA will be one of several countries at London’s Gatwick Airport for the Joint Operations Evaluation Board’s (JOEB) review of the pilot training needs for the 737 MAX, one of the final stages before the aircraft can re-enter commercial service. The global 737 MAX fleet has now been grounded by civil aviation authorities globally for 17 months, after separate Ethiopian Airlines and Lion Air flights crashed and killed a combined 346 passengers and crew onboard.

Other members of the JOEB include the FAA Flight Standardization Board (FSB), Transport Canada and Brazil’s National Civil Aviation Agency (ANAC). JOEB’s meetings in London this week occur after their recent participation in simulator tests of the updated 737 MAX flight control system and software update at the beginning of September. 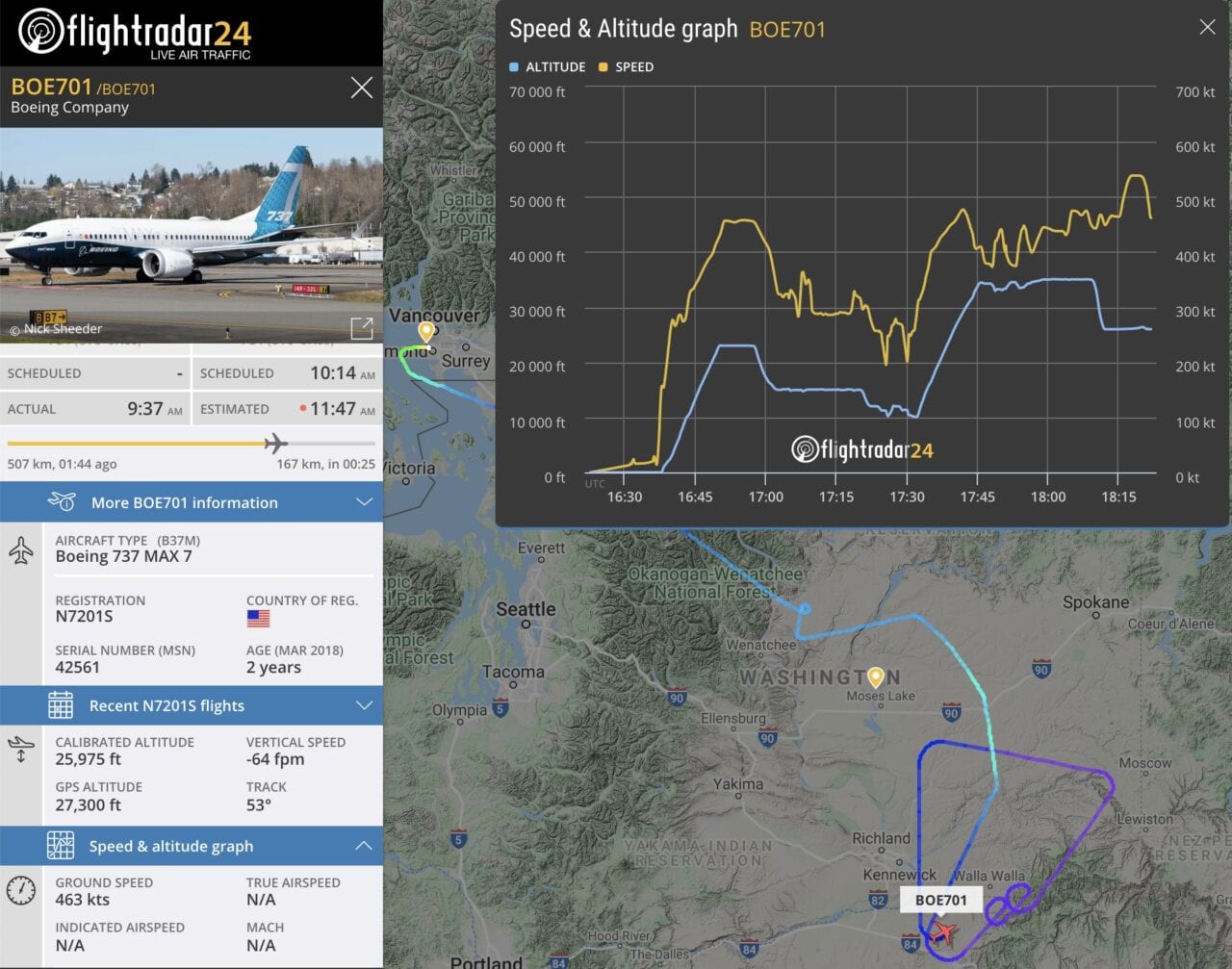 A tweet from FlightRadar24 shows one of the the 737 MAX test flights that EASA participated in. (FlightRadar24)

“EASA has been evaluating the redesign of the 737 MAX according to its established process,” a representative for EASA told Avionics International. “The test flights are an important part of that process and the fact that these have now taken place indicates that EASA judges the overall maturity of the re-design process was sufficient to move to this stage. The flights are not the final step, but they could be seen as the commencement of the homestretch, providing everything goes as expected. But there is still work to do.”

According to an Aug. 27 EASA press release, the process to schedule the flight tests were “hindered by COVID-19 travel restrictions between Europe and the United States,” which ultimately lead to the mutually agreed upon location of Vancouver. While EASA would not comment on a projected timeline or details around the type of data collected from the test flights that will be reviewed by JOEB, the agency provided further clarification on its process for returning the MAX to service in Europe.

“As FAA is the state of design and the primary approver, it is its role to issue the approval first. FAA approval is a precondition for EASA approval. EASA’s approval is indeed required before MAX operators based in Europe can return their 737 MAX aircraft to service,” the representative said.

The completion of test flights by EASA comes two months after the FAA participated in its own certification flight testing with Boeing. An update published by the FAA in July confirmed the agency is working on new Airworthiness Directive for the MAX. Boeing had to complete a software validation effort associated with the MAX flight control computer’s microprocessor and autopilot engagement.

"EASA has been working steadily, in close cooperation with the FAA and Boeing, to return the Boeing 737 MAX aircraft to service as soon as possible, but only once we are convinced it is safe," the agency said. "The Joint Operations Evaluation Board meeting (in London Gatwick) will assess the training requirements for the return to service. Further documentation and internal consultation is required before the final drafting of approval documents for publication."