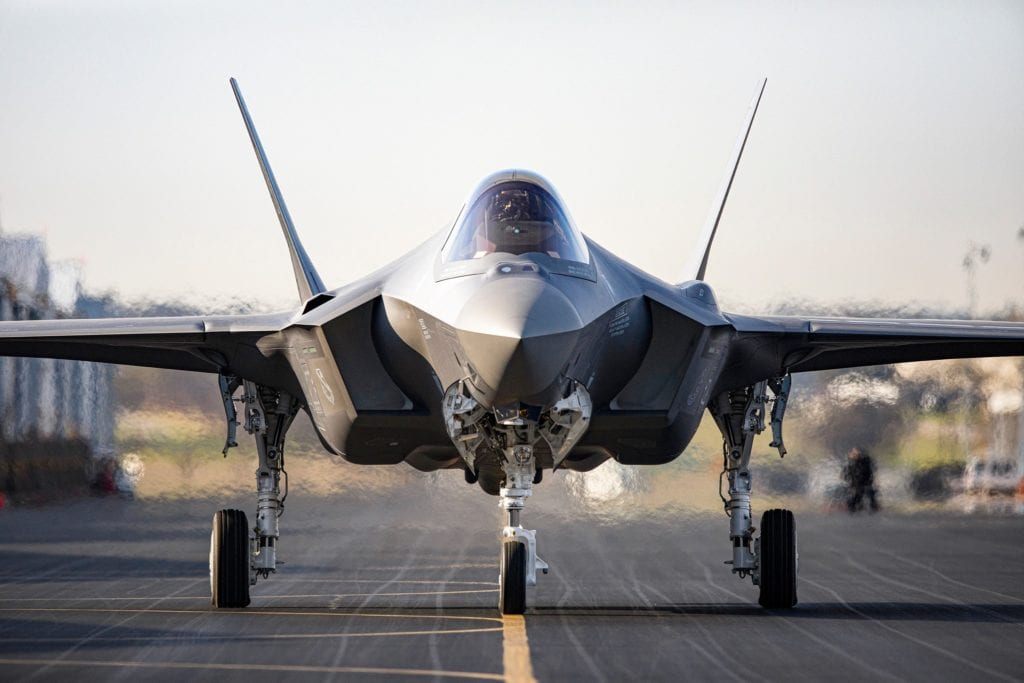 The PCD-EU "is considered a new development effort under the F-35 Technology Refresh 3 (TR3) effort and will provide improved processing capability and video formatting," Lt. Cmdr. Keith Goodsell, a representative for the F-35 Joint Program Office, wrote in an Apr. 24 email to Avionics International.

In December, Lockheed Martin received over $172 million to acquire long-lead materials, parts components and effort for 28 Lot 15 F-35s, with work expected to be completed by December 2023. The PCD-EU is to be fielded first in that lot. Nearly $82 million was awarded to procure hardware and software elements for the forthcoming Block 4 capability upgrade. The Block 4 upgrades, to take place over this next decade, will include new information technology capabilities, particularly the TR3 package with an updated integrated core processor (ICP) by L3Harris and the PCD-EU. An open-architecture backbone is also expected to be integrated into the F-35 as part of the Block 4 capabilities.

Lockheed Martin awarded Lynx Software Technologies a $14 million subcontract in February last year to provide the "low-level operating system software for the TR3 Integrated Core Processor and PCD," Goodsell wrote in his email to Avionics. "CoreAVI is a subcontract to L3Harris and provides the temperature-screened graphics processor units and supporting driver software. We do not have cost/award information at this time."

L3Harris has been developing the new, F-35 ICP, which, like the PCD-EU, is to go aboard F-35s starting with Lot 15 in 2023. Lockheed Martin built the legacy ICP at a facility in Eagan, Minn. which closed in 2012. Avionics work done there has moved to the company's Rotary and Mission Systems (RMS) division in Owego, N.Y.

The new, L3Harris ICP "is based on advanced open systems architecture and COTS technology, which pave the way for system upgrades to the F-35 well into the future," Bryant Henson, president of L3Harris Space and Airborne Systems' mission avionics sector, wrote in a recent email to Avionics. "Much of the F-35’s sensor and ISR capabilities will be made possible by the ICP. The new processor will increase by 25-times the collection of data from the aircraft’s sophisticated sensor suite to identify enemy radar and EW [electronic warfare] emissions that will provide the pilot with 360-degree situational awareness of threats and then prioritize and recommend to the pilot how to counter or negate the threat."

In February, L3Harris' plant in Alpharetta, Ga. announced that it had delivered its 1,000th PCD for the F-35 to Lockheed Martin.