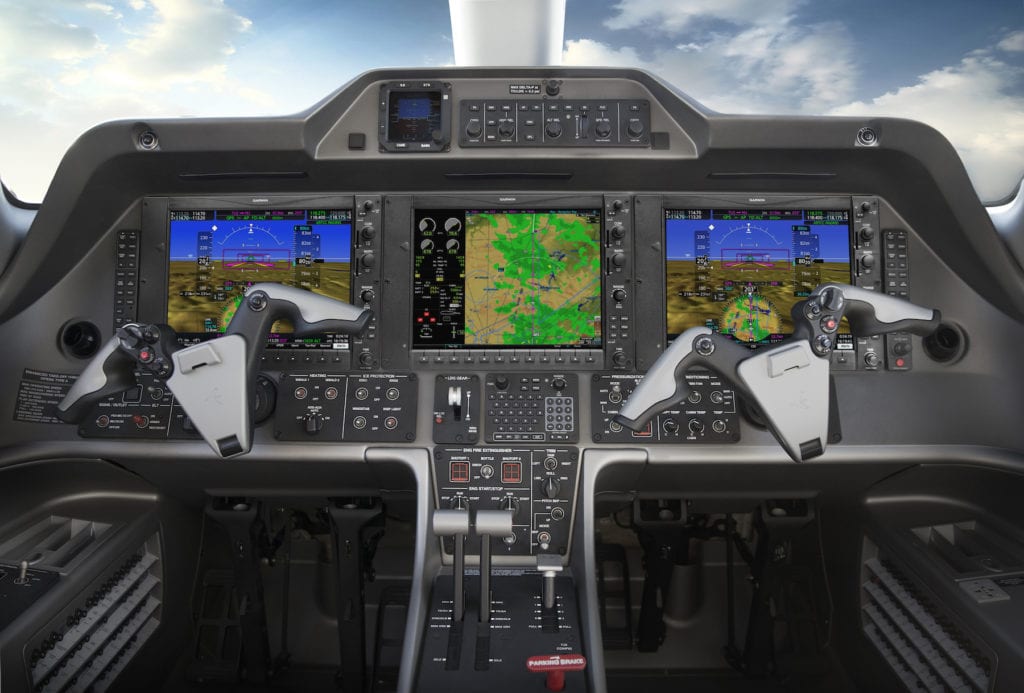 Garmin International has achieved FAA certification to install its G1000 NXi avionics suite as an upgrade to the Prodigy flight deck on the Embraer Phenom 100. Photo: Garmin

Garmin International has achieved certification of its G1000 NXi integrated flight deck for Embraer Phenom 100 business jets that are equipped with the Prodigy flight deck.

Originally targeted for regulatory approval by the first quarter of 2019, according to an April 2018 press release, the upgrade will bring an array of new navigation and connected cockpit capabilities to the Phenom 100. According to Garmin, the upgrade includes a runway monitoring and alerting feature called SurfaceWatch, faster processor speeds and visual approach guidance that can be coupled with the autopilot system.

More than 300 in-service Phenom 100 aircraft are eligible for the upgrade, according to a representative for Garmin.

"The upgrade and certification was completed on one aircraft," the representative said in an emailed statement to Avionics International, also noting that the total list price for the upgrade is "$59,995 plus labor."

The upgrade is described by Garmin as requiring no panel modifications and very little aircraft downtime, because the displays use the same “footprint and connectors” as the existing Prodigy flight deck. Certification of the G1000 NXi upgrade comes following Embraer Executive Jets President and CEO Michael Amalfitano expressing his desire to bring full fly by wire capabilities to all in-service Phenom jets.

The next avionics trend is "all about simplified flight," Amalfitano said during an interview with Avionics International at the annual National Business Aviation Association (NBAA) conference. 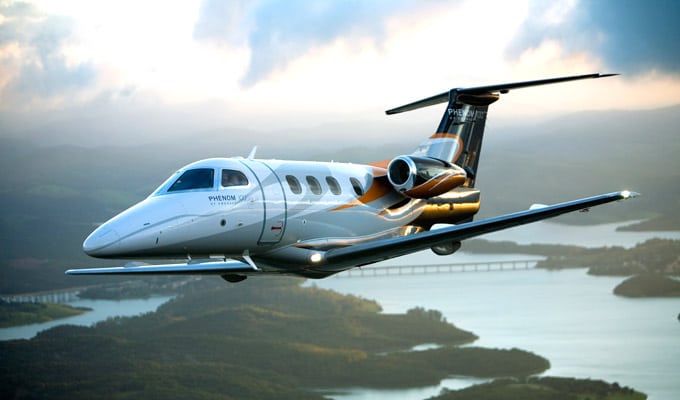 "How do you look at ways in which we can bring fly-by-wire down to lighter aircraft, moving from [Embraer] Prateors and Legacy jets down to Phenoms? That's an area, as well as looking at urban air mobility and some of the things associated with pilot-less travel. You'll also see electrification and hybrid propulsion so there's lots of opportunities,” Amalfitano said.

As part of the upgrade package, Garmin is also including its Flight Stream 510 and “Connext” technology as a standard feature. Garmin first introduced the Flight Stream 510 multi media card in 2016, to provide wireless connectivity between the mobile Garmin Pilot app and GTN 650/750 touchscreen navigators without requiring any additional remote units, wiring or antennas for enablement. An industry-first at the time, the card will also give Phenom 100 operators the ability to wirelessly update their aircraft's navigation databases, and can also facilitate the exchange of flight information to and from the Garmin Pilot app and panel-mount avionics.

Other G1000 NXi wireless capabilities include "two-way flight plan transfer, the sharing of traffic1, weather1, GPS information, back-up attitude information and more, between the G1000 NXi and the Garmin Pilot, FltPlan Go and ForeFlight Mobile applications," according to Garmin.

“From forward-fit to retrofit, we are thrilled by the tremendous adoption rate of the G1000 NXi and look forward to adding more aircraft to the approval list and continuing to deliver the system to thousands of customers well into the future,” Carl Wolf, vice president of aviation sales for Garmin said of the latest G1000 NXi certification achievement.

Garmin said the upgrade is available immediately at Embraer service and support centers as well as select Garmin dealers.

China Southern to Launch Thales AVANT for B777 Fleet