Uber Takes a Different Approach to Food Delivery By Drone 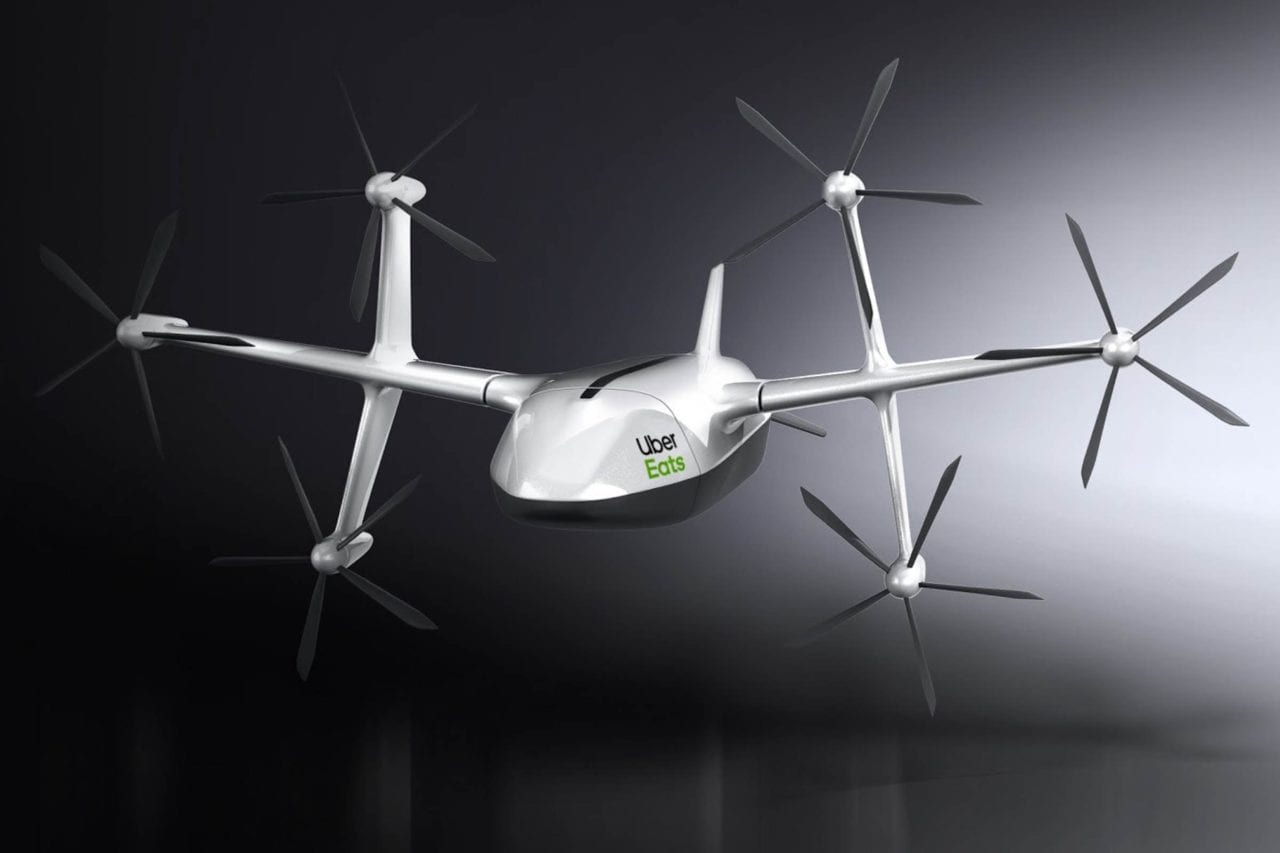 Uber released its latest design for a food delivery drone that will contribute to — rather than replace — their existing driver-focused delivery service.

Equipped with six electric motors along two “wings” that tilt for forward flight, the drone is designed to stay aloft for 18 minutes with a range of 18 miles.  The vehicle was designed for high-speed flight and low noise signature as well as reliability and simplicity, according to Uber. Its only flight-related moving parts are its motors and tilt actuators.

Uber intends for restaurant staff to load a meal container into the drone’s compartment, then send it off to a nearby “staging area” where delivery drivers will receive the food and complete the last-mile handoff. It’s an additional step in the process, but one that Uber believes will add value for customers and allow the company to complete more deliveries. Uber did not respond to queries regarding the staging area or how charging will be integrated into the system.

“The main value proposition is the speed that the drones give us helping restaurants get food to customers faster,” a representative for Uber told Avionics International. “Using drones allows us to cover a significantly larger area from each restaurant, giving customers access to more choices when using the app.”

The ride-sharing service provider is also exploring having drones land on delivery drivers’ cars, though it has not determined yet if that is the “most efficient path.” Uber believes the drone’s landing bumpers and redundancies will prevent it from causing any damage to drivers’ cars.

Uber is still searching for a manufacturer that will produce the drone, but intends to test flight deliveries later this year.

“Following that, the aircraft will be extensively tested in our dedicated flight test areas while we mature the design and components and refine our systems,” the company representative said. “We intend to gain type certification on this aircraft, and have designed it specifically to comply with certification requirements, so we anticipate that we can move through that process quickly.”

Revenue from Uber Eats grew 149 percent in 2018, reaching $1.5 billion and making food delivery a crucial part of Uber’s narrative of growth and diverse revenue streams. The company has not released profit/loss margins specific to Eats, but investment firm Cowan estimated in August that the tech giant loses $3.36 on every food delivery order, largely due to driver payments.