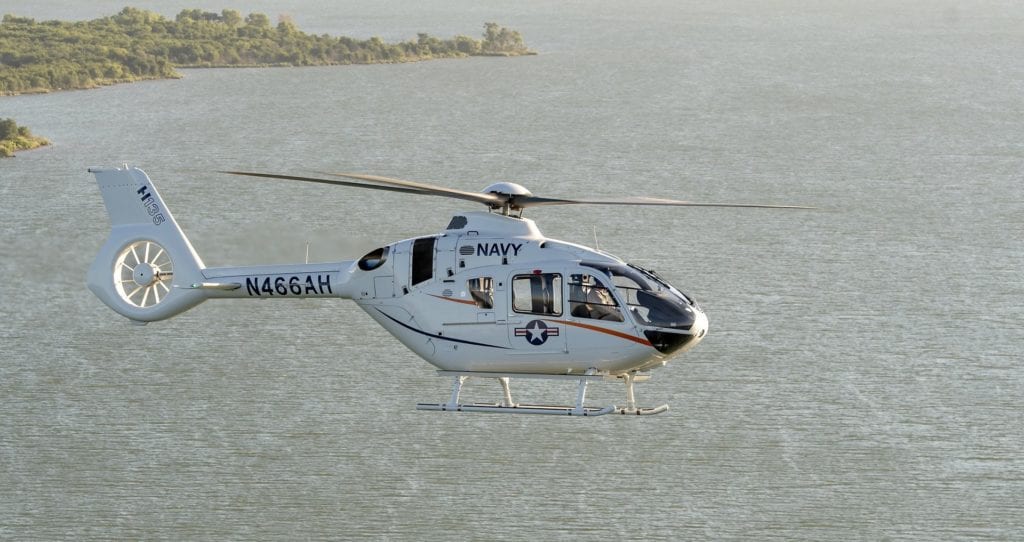 The H135 "has a proven IFR capability, which is a baseline customer requirement, and therefore [the H135 is] pretty much zero risk from a technical and cost standpoint," Scott Tumpak, Airbus Helicopters' vice president of military programs, told reporters here. "There are well known costs in IFR configuration."

Airbus Helicopters intends to build the AHTS in Columbus, if Airbus wins the contract later this year.

The Navy is scheduled to make a down-select decision on the "best value" contract in November among the Airbus H135, the Leonardo TH-119 single-engine and the Bell 407GXi single engine. The latter two helicopters received their IFR certifications in July and August, respectively.

The FAA's IFR certification of the TH-119 in July marked the first time in decades that the agency had certified a single-engine rotorcraft.

The Navy required IFR certification for the AHTS competition by the end of last month.

The Navy is to buy 130 of the trainers in five years and divest its TH-57 fleet by 2023. Secondary contracts are also expected for ground based simulators and performance-based logistics to support the AHTS.

Airbus said that the risk reduction inherent in the 5.5 million hours of H135 IFR flight will also translate to the simulators and that new Navy pilots will more easily transition to flying the service's twin-engine MH-60Rs and United States Marine Corps AH-1Zs if such pilots have H135 experience under their belts.

The TH-57s "were fielded back in the early 1980s," Tumpak said. "They're quite old at this point. They've never received any kind of major upgrade [and have] steam gauge avionics. They are single engine aircraft against a Navy fleet that is pure twin engine at this point and [the TH-57s} are becoming expensive as they get deep into their life cycle."

Bell has said that the 407GXi, a descendant of the TH-57, "offers a unique combination of capability, ease of transition, and low sustainment costs, giving the best value to the Navy."

Last March, in a demonstration flight, a Bell test pilot lauded the helicopter's avionics, including the Garmin G1000H NXi [integrated flight deck], the helicopter's four axis autopilot which enhances aircraft stability and permits initial instrument training to be more efficient, and the Garmin G1000 NXi flight stream, which the pilot said allows more rapid flight planning loading with the touch of a screen.

The Leonardo TH-119, derived from the company's twin-engine AW109 Trekker, features a four-screen all-glass Genesys Aerosystems cockpit. Leonardo has said that the TH119 offers the Navy twin-engine performance, power and safety in a single-engine package that is less expensive to buy and maintain.

Airbus' Tumpak said that the company's four-axis autopilot is "very sophisticated...compared to single engine" and that the Airbus Helionix avionics suite for the H135 has unique training modes, such as one engine inoperable, that are "certainly salutary to the training mission."

"Avionics is a big cost driver on an aircraft," Tumpak said. "We're leveraging a family approach that has a lot of hours across our various types." 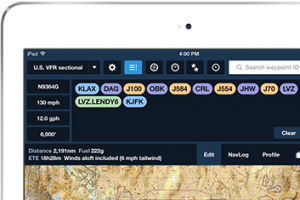 Honeywell and Hughes to Introduce PBN to Myanmar Airspace