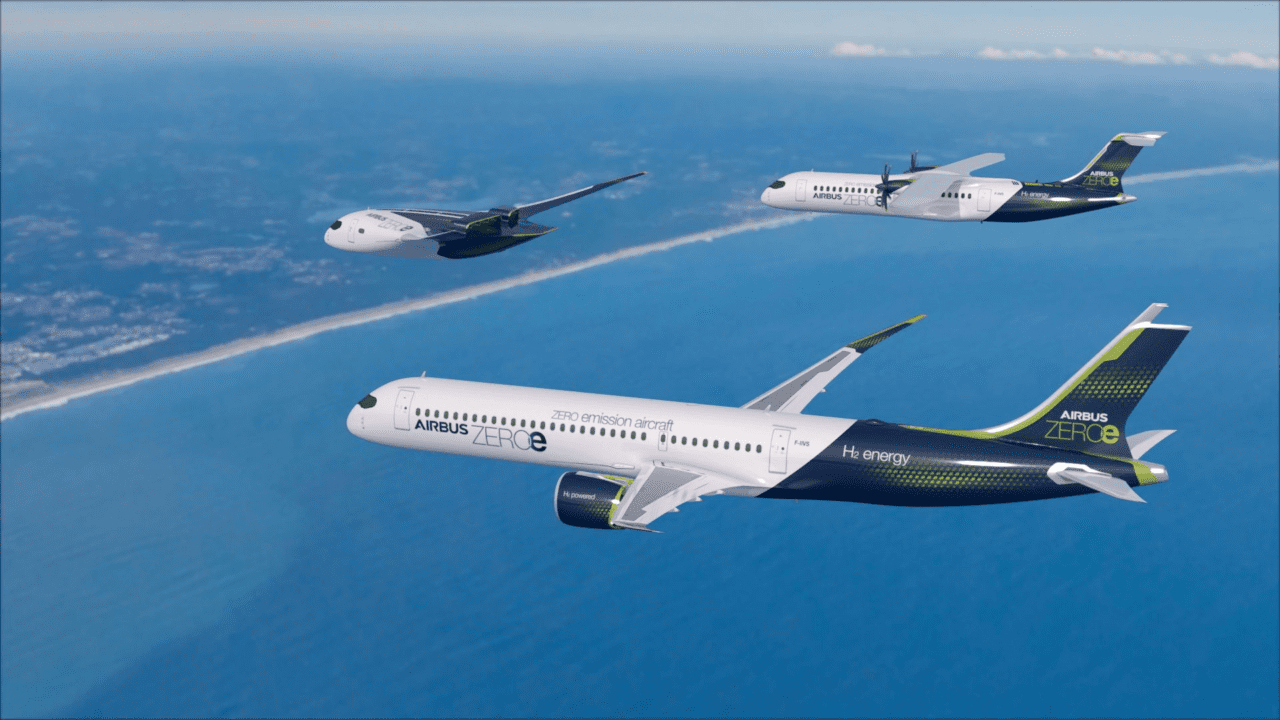 Airbus has unveiled three climate neutral zero-emission commercial aircraft concepts that will use hydrogen as their primary fuel source, according to a Sept. 21 press release. The three concepts, codenamed ZEROe, could be put into service by 2035.

This move by Airbus is an attempt to reduce the impact of commercial aviation on the world’s climate. The three zero-emission aircraft designs aim to decarbonize the aviation industry and could provide a solution in meeting the industry’s climate-neutral targets.

According to the International Air Transport Association (IATA), commercial aviation is responsible for 2-3 percent of global carbon emissions. In 2009 the industry established three targets to address climate change: improvement in fuel efficiency of 1.5 percent per year from 2009 to 2020, cap on net aviation carbon dioxide emissions, and reduction in net aviation carbon dioxide emissions by 50 percent by 2050. 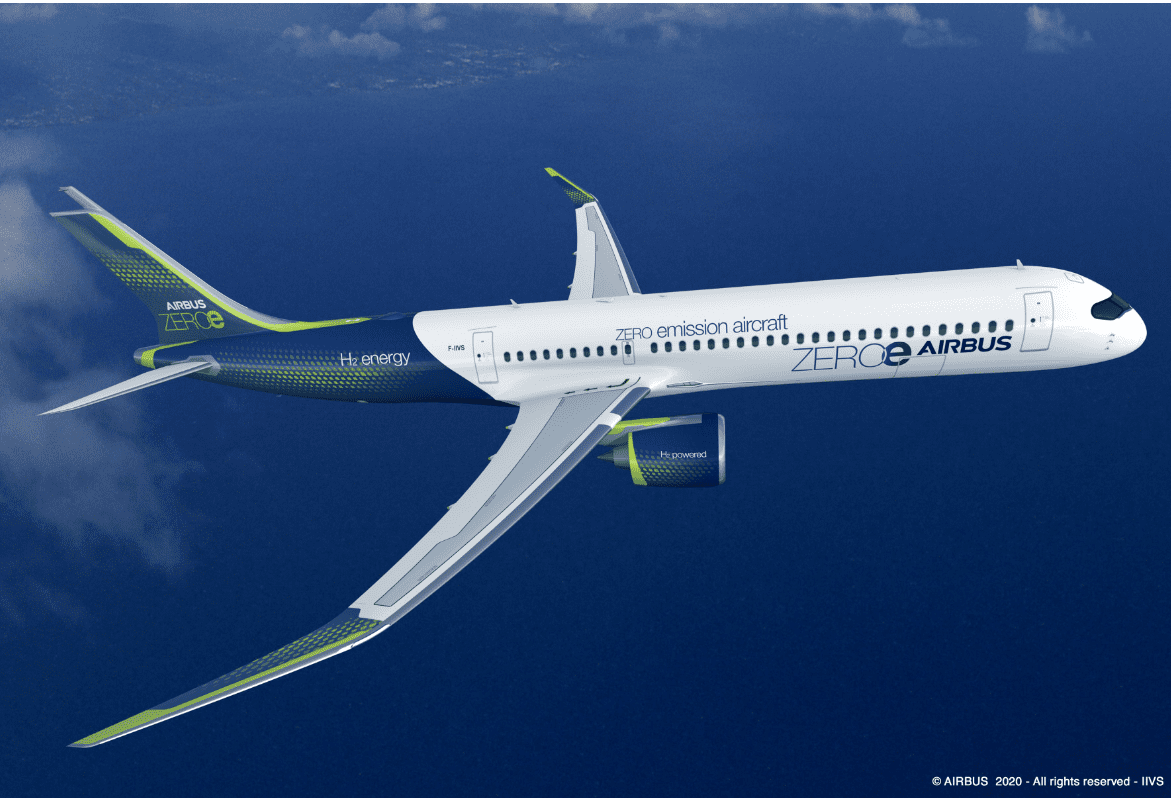 The turbofan design concept offers the ability to travel further and with more passengers. (Airbus)

Airbus’ turbofan design would be suited for longer flights and more passengers. It has a range of over 2,000 nautical miles and can hold 120-200 passengers. The turbofan design uses a modified gas-turbine engine that runs on hydrogen through combustion. The liquid hydrogen is stored and distributed through tanks behind the rear pressure bulkhead. 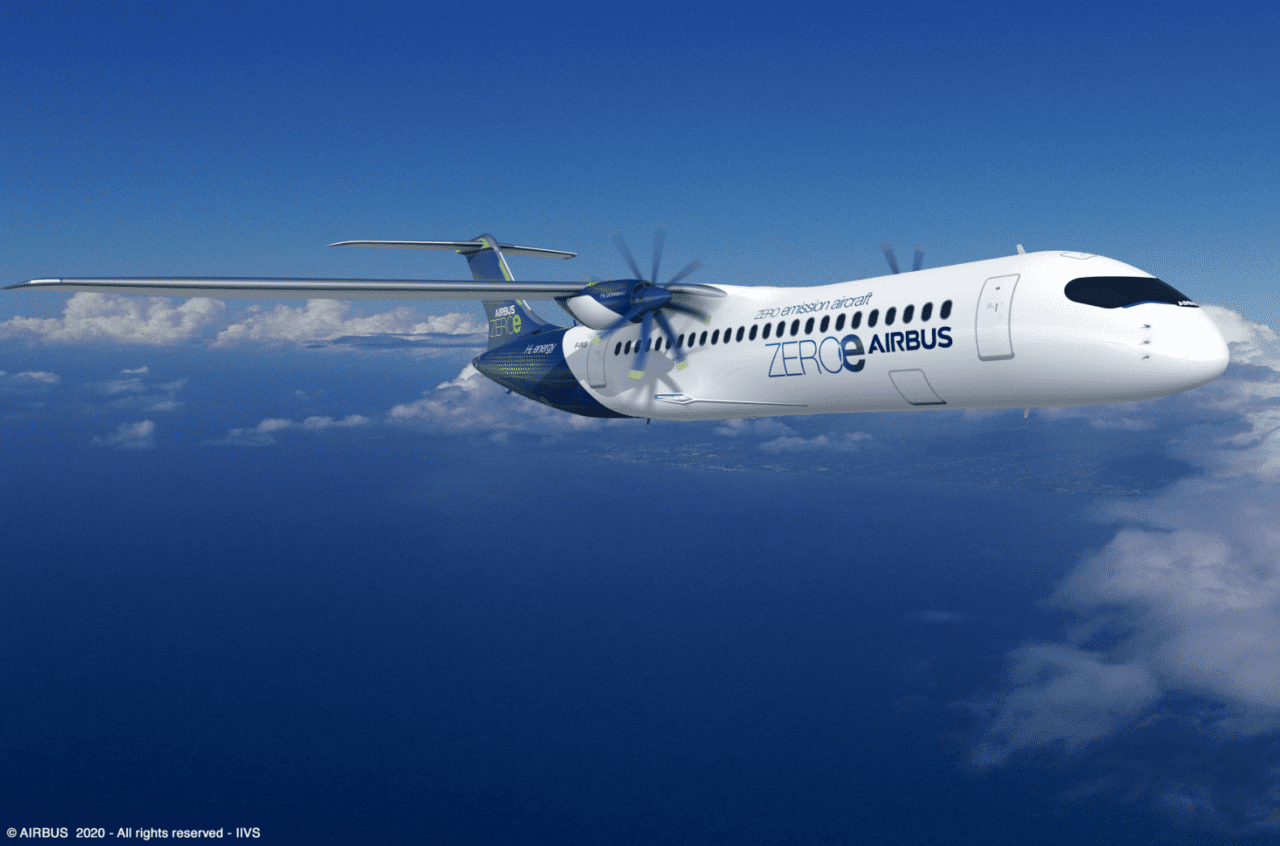 The turboprop design is best suited for shorter trips with fewer passengers. (Airbus)

For shorter distances and less people, Airbus created the turboprop design. The turboprop design can hold up to 100 passengers and go more than 1,000 nautical miles. It is also powered by hydrogen combustion in modified gas-turbine engines. 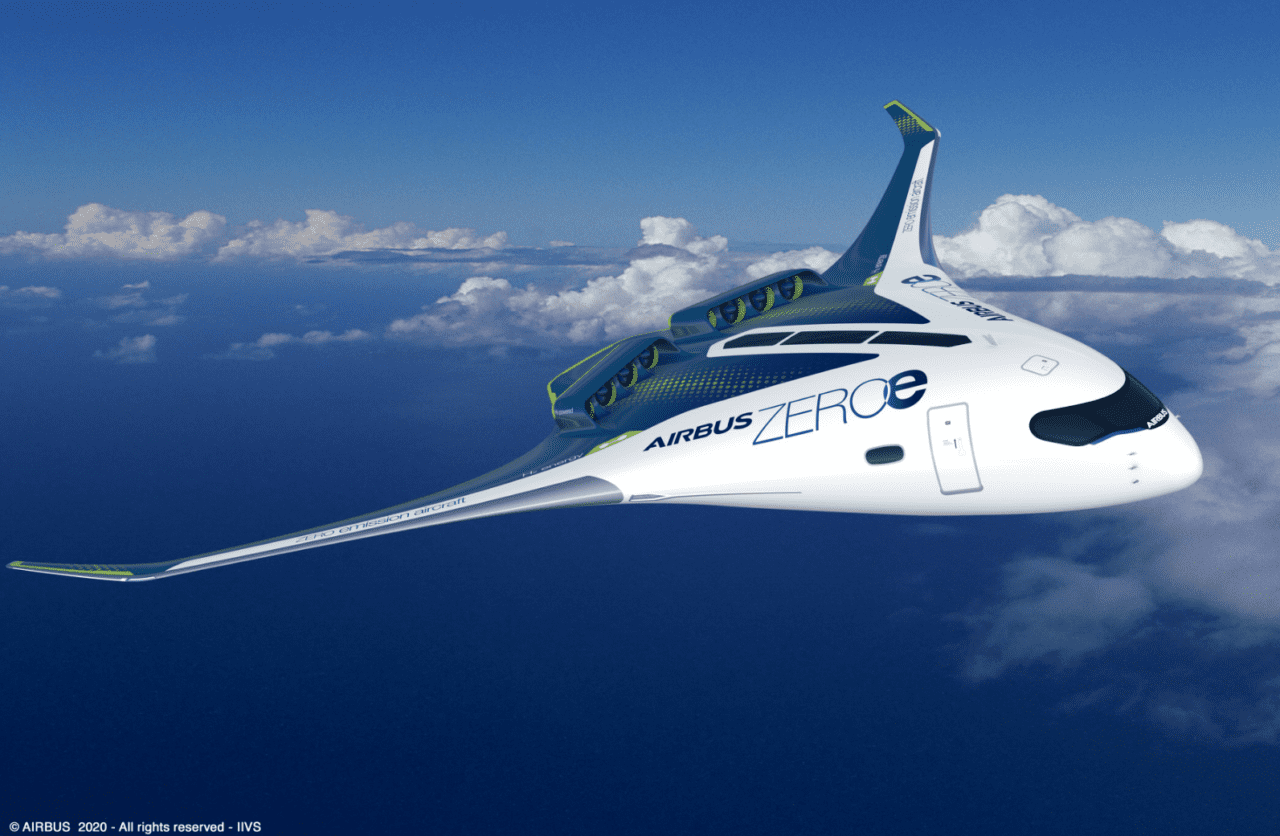 The blended-wing body design completely changes the shape of the aircraft and has the same range and capacity as the turbofan. (Airbus)

The “blended-wing body” concept changes the appearance of the aircraft merging the main body with the wings. The range and capacity of this design are similar to the turbofan.

“This is a historic moment for the commercial aviation sector as a whole and we intend to play a leading role in the most important transition this industry has ever seen,” Airbus CEO Guillaume Faury said in a statement. “The concepts we unveil today offer the world a glimpse of our ambition to drive a bold vision for the future of zero-emission flight. I strongly believe that the use of hydrogen - both in synthetic fuels and as a primary power source for commercial aircraft - has the potential to significantly reduce aviation's climate impact.”

In order for Airbus to make these concepts a reality, airports will need “significant” hydrogen transport and refueling systems to support day-to-day operations, according to the press release. Airbus also states they will need the government support for funding of research and technology as well as the ability to retire older, less environmentally friendly aircraft sooner.

Airbus is also working on making their helicopters more eco-friendly. According to a press release, Tomasz Krysinski, head of research and innovation at Airbus Helicopters, hydrogen technologies in helicopters could be available in 2029.  However, Airbus is working on many other innovations besides hydrogen power like “eco-mode,” which would pause and restart a gas turbine in flight on twin-engine helicopters or CityAirbus, which is a fully electrically powered demonstrator. 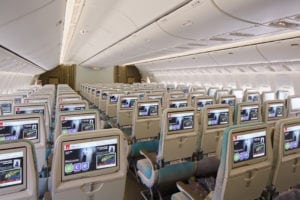 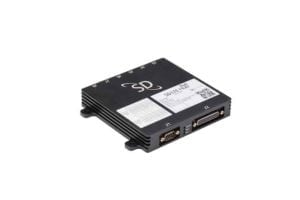 Satcom Direct to Launch Router for Some Business Aircraft 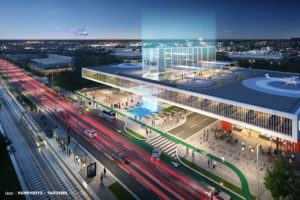