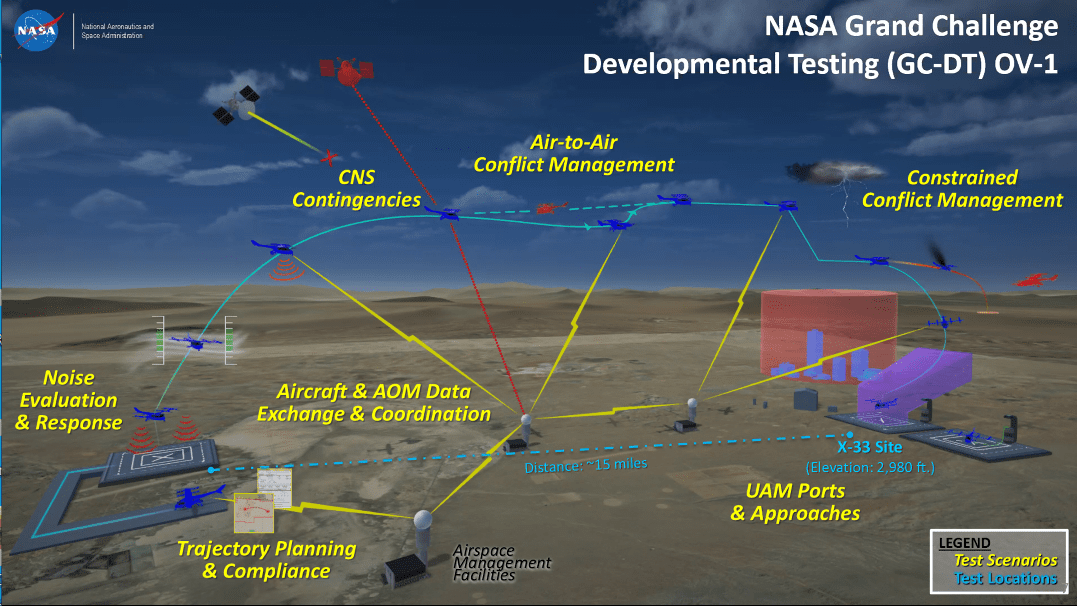 With NASA’s four-year testing program on unmanned aircraft integration drawing to a close, the agency held a kickoff call with industry to begin its next research and demonstration effort: the urban air mobility (UAM) Grand Challenge.

Beginning in 2020, NASA will conduct full field tests in urban environments with select participants, evaluating all elements of UAM operations under a variety of weather, traffic and contingency conditions.

The goal of the Grand Challenge program is to inform the codification of a “UML-4 book of requirements,” or an understanding of what will be required to achieve a mature UAM ecosystem capable of operating efficiently in dense urban environments. Through a series of simulations and operational tests with industry and government partners, NASA also hopes to identify areas where further research is required in order to accelerate the timeline by which safe UAM operations can begin.

During the tests, NASA and government partners will record a wide array of flight data, including acoustics, vehicle fight performance, charging, pre-departure scheduling and much more. That information will be provided to the FAA to help determine vehicle certification requirements and, for some data such as acoustics, back to the participating companies for their benefit.

The first stage of the Grand Challenge, GC-Developmental Test or GC-DT, will take place between July and November 2020. An announcement for potential aircraft participants will be released in September, with three to four partners chosen rather quickly — by the end of October — in order to achieve this timeline. Testing is focused on UAM vehicles with passenger-carrying capability, both vertical vertical takeoff and landing (VTOL) and standard takeoff and landing. Vehicle providers can partner with ANSPs or NASA can provide that capability.

“Developmental testing will be shaped by industry input on scenario definitions, airspace use cases, allow us to build a process to expedite operational safety and security for both the vehicle and the airspace participants, early two-way network connections to understand delays in messaging between vehicles and airspace negotiation, operator displays, weather displays for local vertipads, contingencies for remotely piloted vehicles, and an early look at gaps for our NASA research and also identifying early enablers for the FAA to inform policy,” Starr Ginn, who will lead the NASA UAM Grand Challenge program, told reporters during the kickoff call.

The live flights and simulations conducted as part of GC-DT will then inform the scenarios chosen for the first true Grand Challenge event, GC-1, which will take place in mid-2022 and be open to partners who did not participate in the developmental test. Testing will begin in nominal conditions and introduce increasingly difficult scenarios, to eventually include multiple contingencies at the same time.

“We need to understand what missed approaches and botched landings look like, so we understand the how ground operations and scheduling look for throughput … and also how those contingencies in landing are being included or not included into reserves to start understanding what reserve policies should be in place,” Ginn said, as an example of one area where NASA hopes this testing will contribute to industry and regulatory understanding of operational realities.

In addition to GC-DT, GC-1 and future Grand Challenge flight tests, NASA will be standing up a number of “ecosystem-wide Working Groups” to guide the Grand Challenge program, validating potential test scenarios that will address industry’s immediate and longer-term needs as well as areas where the program could collect important data.

“[These working groups] are going to be … broad community, strategic input on the Grand Challenge scenarios and other UAM topics around certifying the airmen, aircraft, airspace, autonomy, infrastructure and noise,” Ginn said.

Organizations can request to join working groups even if they are not participating in the initial Grand Challenges, and other related airspace stakeholders such as airlines are encouraged to participate as well. 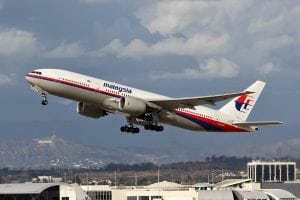 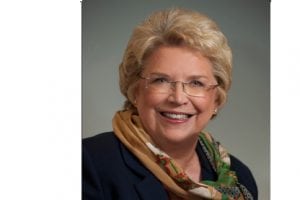