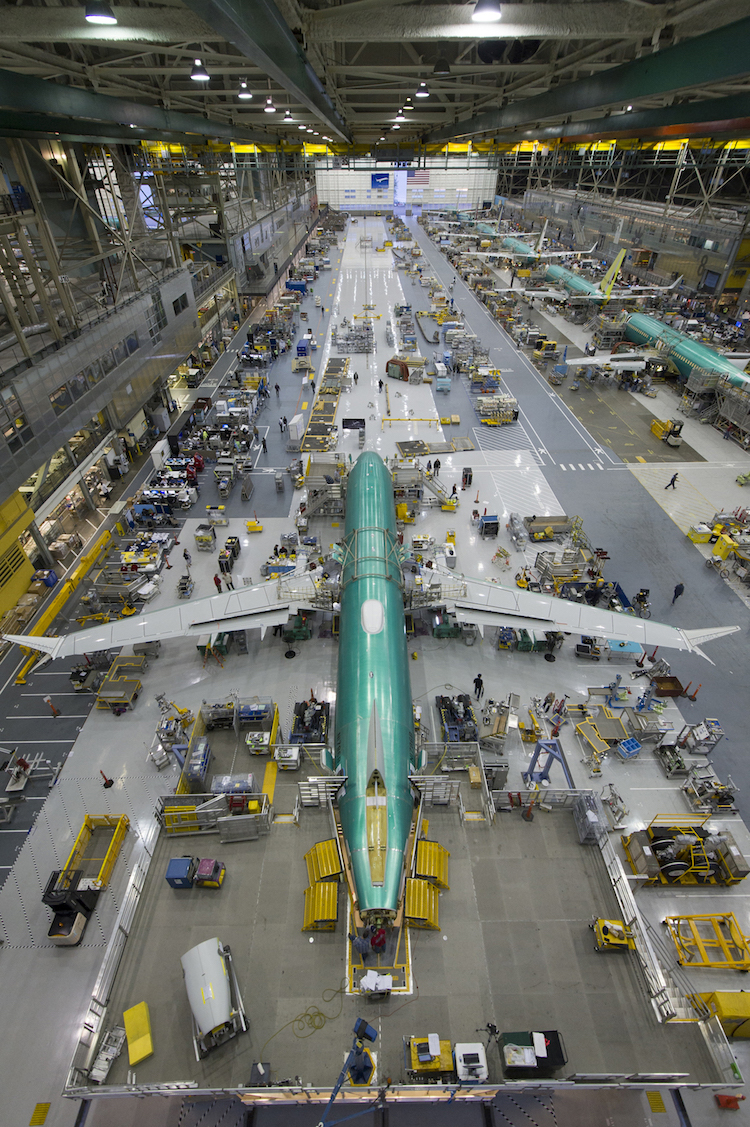 An earlier shot of the Boeing 737 MAX production line at the company's Renton, Washington factory. With airlines no longer accepting delivery of the plane, aircraft are currently building up. (Boeing)

The FAA Flight Standardization Board (FSB) has reviewed Boeing's update to the 737 MAX's maneuvering characteristics augmentation system (MCAS) and determined it is "operationally suitable," according to a new report the agency put out.

Since the 737 MAX family's March 13 global grounding following a second crash in less than six months, Boeing has been working on the software enhancement, which the company previously said would be ready for implementation by April. For close to a month, the FAA has been reviewing the update and is now willing to proclaim it and associated flight manual updates ready for primetime.

According to Boeing, the improved system will not engage in the event of erroneously reported angle-of-attack data. Preliminary investigation reports indicate that was the culprit in both deadly 737 MAX accidents — the pitch trim system repeatedly adjusted the nose of the planes downward when it shouldn't have because the only AOA vane informing the system was faulty, and pilots were unable to recognize and address the problem in time to recover.

In addition to the software change, the FSB has added a note requiring ground training for MCAS to "address system description, functionality, associated failure conditions, and flight crew alerting. These items must be included in "initial, upgrade, transition, differences, and recurrent training." These changes all apply, the FSB noted, to the 737 MAX 7 as well as the MAX 8200 — a MAX 8 variant developed specifically for Irish carrier Ryanair — which are "functionally equivalent to the" MAX 8. Any MCAS changes will also apply to the MAX 9 and other MAX family variants, though those have not yet been released.

Now that the FAA has given the software enhancement the green light, there will be a comment period lasting until April 30 for the public to voice any opinions.

Even once that is through, 737 MAX aircraft have a ways to go before they can see the skies again. Regulators worldwide have individual orders grounding the plane, and they will all have to agree to lift them, which means convincing all those regulators that the plane is safe — a process that might be harder now than in the past, with scrutiny of the FAA's approval process for Boeing ratcheted up. European and Canadian regulators have both publicly pledged to do their own reviews of any changes before allowing the plane to fly in their skies.

American and Southwest Airlines, two of the biggest owners of 737 MAX planes, have both already announced that they'll keep theirs grounded at least into August. The unexpected absence of over 300 new jets from global fleets has resulted in cancellations, delays and increased airfares — a particular concern going into peak summer travel —but even once the MAX is back in the sky, Boeing and its airline customers may face public acceptance challenges. The visibility of the two crashes and the response has had many taking to social media to voice a refusal to get on that plane anytime soon, prompting even U.S. President Donald Trump to tweet out a suggestion that Boeing "rebrand the plane with a new name" once it is fixed.

What do I know about branding, maybe nothing (but I did become President!), but if I were Boeing, I would FIX the Boeing 737 MAX, add some additional great features, & REBRAND the plane with a new name.
No product has suffered like this one. But again, what the hell do I know?

Boeing departing from its naming conventions to escape the bad press seems like an unlikely strategy for the company, but it will have to tackle the task somehow — the 737 MAX is the fastest-selling plane in company history, and Boeing's future plans hinge on its ultimate success. Rolling out the updated MCAS without hiccups is an important start. 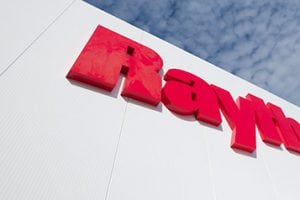