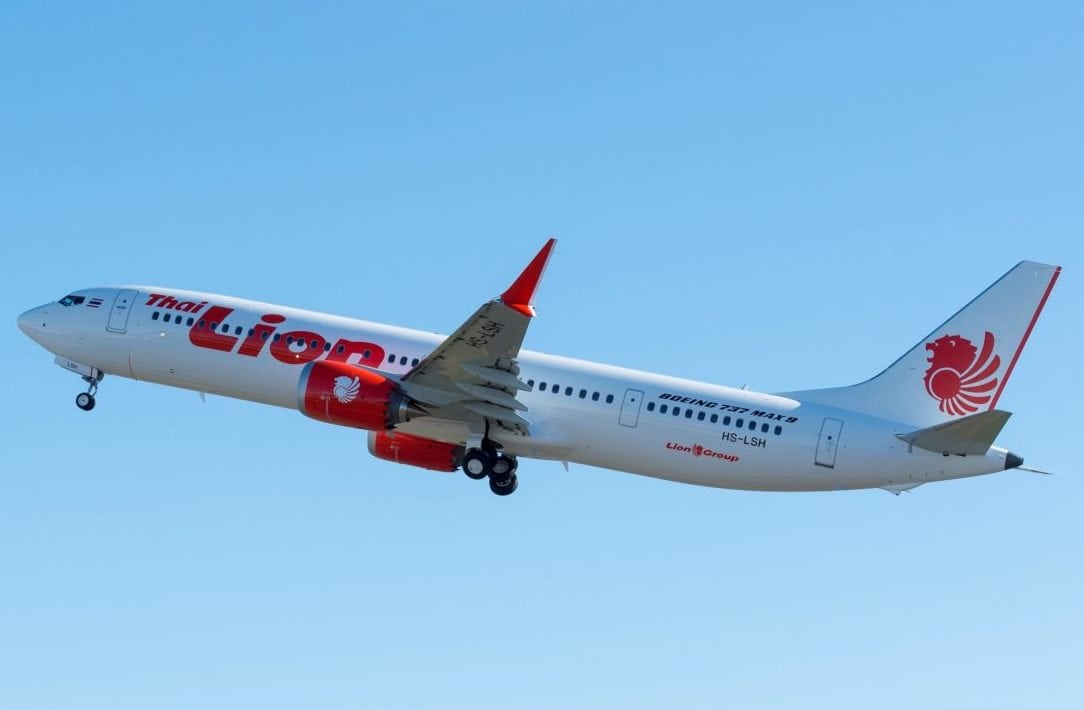 A 737 MAX in service to Lion Air, the operator of the first crashed flight. (Boeing)

UPDATE, 3:07 p.m. ET: Boeing has released a statement of support for the grounding of the 737 MAX line of airplanes.

"We are supporting this proactive step out of an abundance of caution," Boeing head Dennis Muilenburg said in the statement. "Safety is a core value at Boeing for as long as we have been building airplanes; and it always will be."

The FAA explained the reasoning for its course reversal in a statement:

"The agency made this decision as a result of the data gathering process and new evidence collected at the site [of the Ethiopian Airlines crash] and analyzed today. This evidence, together with newly refined satellite data available to FAA this morning, led to this decision."

The grounding will remain in effect "pending further investigation," including examination of the aircraft's flight data and cockpit voice recorders, according to the FAA statement.

Separately, Panamanian operator Copa Airlines announced that it is halting operations of the aircraft, marking the final operator worldwide to do so.

Once the currently in-flight 737 MAX planes land and return to the appropriate locations without passengers, all 737 MAX operations worldwide will be suspended.

UPDATE, 2:50 p.m. ET: President Trump told reporters Wednesday afternoon an emergency order will be issued grounding the 737 MAX in the U.S. as well.

The FAA will make an announcement with an airworthiness directive and information from the ongoing investigation into the Ethiopian Airlines crash. Trump said Boeing CEO Dennis Muilenburg is in agreement with the decision, as are heads of the FAA and Department of Transportation.

Since Trump's announcement, Boeing's shares are down more than three percent.

The U.S. is now the only place Boeing's 737 MAX planes are still flying after two deadly accidents in the last six months.

China was the first major market government to halt operations for the aircraft, along with Ethiopia and Indonesia, the locations of the two crashes. Individual airlines began to follow suit, but in the last day, whole countries have, covering most of the globe.

The European Union's civil aviation regulator, EASA, announced Wednesday morning that it was publishing an airworthiness directive suspending all flights for the 737 MAX 8 and MAX 9 by European carriers or third-party carriers into European airspace.

Later in the day, Canada followed suit, with Transport Minister Marc Garneau announcing similar restrictions on both 737 MAX models for the North American country. Tuesday, Canada's largest airline, Air Canada, had said it was sticking with the 737 MAX, but there was protest from both passengers and crews.

Other countries making the move to ground the plane until investigations are complete include Australia, Singapore, India, Kazakhstan, New Zealand, Malaysia, Kuwait, the United Arab Emirates, Oman, South Korea and Thailand. Multiple European countries have set their own bans separate from the EU's, including the U.K., notable with a pending Brexit.

The U.K. also stated that airlines will be "required to demonstrate that they took all reasonable measures to avoid cancellations and will need to consider alternative arrangements, for instance leasing other aircraft" to get reroute passengers to their destinations, but will not need to financially compensate passengers.

As of Tuesday, most airlines that had weighed in were sticking to their policy of not letting passengers change flights without fees, but things have moved swiftly since then amid public pressure.

Beyond countries, several other airlines with 737 MAXs in their fleets, including most of the ones in South America, have halted operations for the time being.

All told, the only remaining operators of the Boeing are U.S. carriers Southwest, American and United and Panamanian operator Copa Airlines, which has five 737 MAX 9s. Their routes are limited to North America sans Canada and South America. Between the four airlines, there are approximately 63 737 MAX jets still in operation for the time being. According to air traffic tracking site Flightradar24, there are 111 737 MAX flights scheduled for Wednesday, down from 1,257 three days earlier. 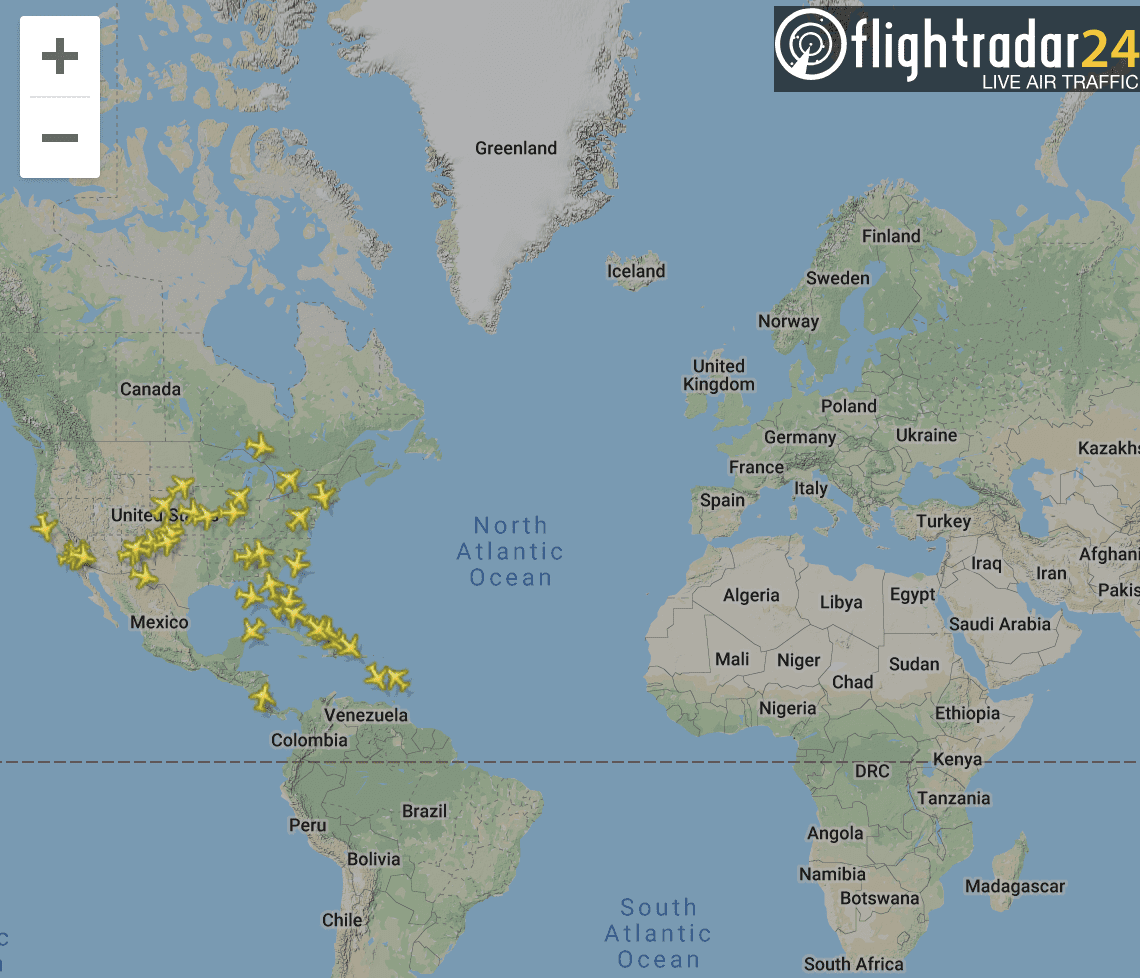 As the lone holdout, America is both the home to Boeing and carriers Southwest and American, which have the biggest 737 MAX fleets.

"Thus far our review shows no system performance issues and provides no basis to order grounding the aircraft," he said. "Nor have other civil aviation authorities provided data to us that would warrant action. In the course of our urgent review of data on the Ethiopian Airlines Flight 302 crash, if any issues affecting the continued airworthiness of the aircraft are identified, the FAA will take immediate and appropriate action."

Other countries' regulators obviously disagree, taking a "better safe than sorry" approach after the second crash in a short time span for the new plane. American President Donald Trump also weighed in, taking to Twitter to express his concern about new aircraft "becoming far too complex to fly...Pilots are no longer needed, but rather computer scientists from MIT. I see it all the time in many products. Always seeking to go one unnecessary step further, when often old and simpler is far better."

Boeing has insisted that the 737 MAX is safe, and said it is releasing a software update to the flight control system in the coming weeks to make it "even safer," but the two disasters are taking a toll on the company. The 737 MAX has been the manufacturer's fastest-selling company, representing the overwhelming majority of its total orders in 2018 and a large portion of its $100 billion in yearly revenue. The world turning its back on the plane will set the company, whose stock has been soaring so far this year, back significantly.

The fact that the U.S. is still supporting the 737 MAX matters, but that could change as high-profile lawmakers from both sides of the aisle — including Senators Cruz, R-Texas, Feinstein, D-Calif., and Warren, D-Mass. — call for America to join the rest of the world in grounding the plane. 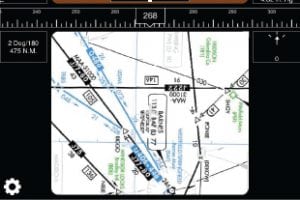 White Paper: What Can Real-Time Data Do for iPad EFB Apps? 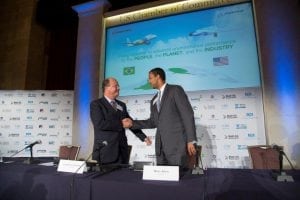 Boeing and Embraer to Collaborate on ecoDemonstrator