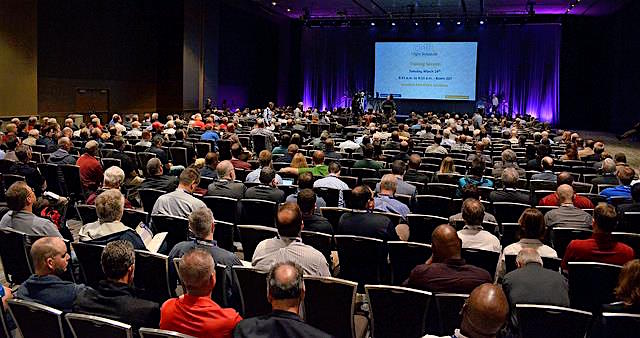 A live stream of the new avionics product introductions will be available starting at 11:30 a.m. ET. You can view the live stream here.

A major trend among new communication, navigation and surveillance technology at AEA this year is the expansion of avionics manufacturers embracing the digital era of aviation where pilots today can file a flight plan, pull up new approach charts and even use digital co-pilots all on an iPad. AEA's new product introductions in recent years have reflected this trend, which has expanded in 2019.

Prior to the event, Avionics International caught up with a few of the companies exhibiting this year.

Canadian manufacturer CCX is one of the companies embracing the idea of embedded digital convergence recently featured in the February edition of Avionics International with its new T-RX avionics radio and pulse testers, a trio of tablets for testing avionics radios. The 10-inch tablets have touch screens and are capable of performing 100 different tests, including VOR, Instrument Landing System (ILS), VHF Comm, DME Test. 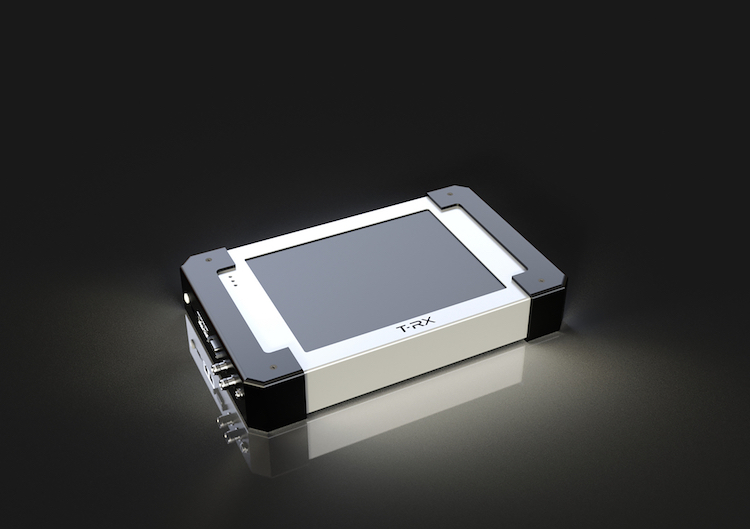 CCX is looking to simplify the process of testing the performance of connectivity and other aircraft systems with its new TR-X avionics radio and pulse tester. TR-X is capable of conducting more than 100 different tests and features several optional radio licenses to expand the type of testing it can perform.

“They are designed with the next generation of technicians in mind, those used to simple, powerful mobile interfaces,” said Chris Bartlett, president of CCX Technologies.

Aspen Avionics for example received FAA approval for the new software modification developed in response to a February airworthiness directive issued by the FAA. The directive required the disabling of the ADS-B In function for their Evolution line of displays, including the EFD1000 and EFD500. FAA issued the directive after pilots reported erroneous resetting of the display occurring when connected to an ADS-B transponder. 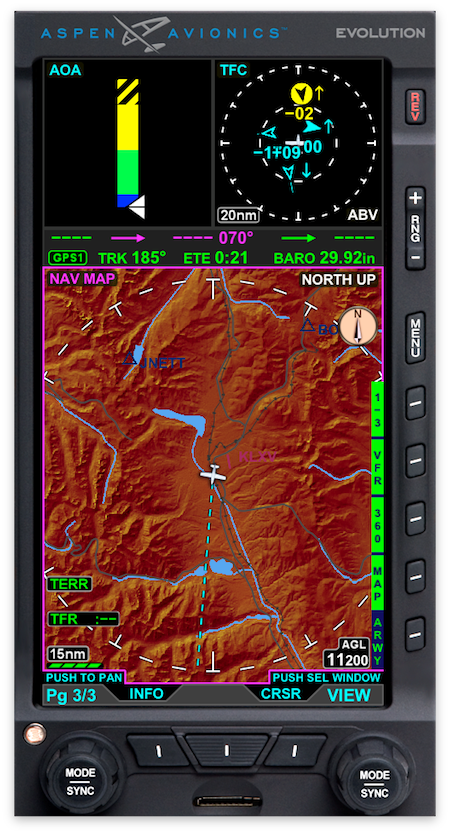 There is also major demand for high speed connectivity among business aviation operators, such as those perspectives featured in the October 2018 edition of Avionics International. AEA 2019 features no shortage of service providers and manufacturers of high speed aircraft modems, antennas and other electronics that enable airborne connectivity.

Among those displaying connected aircraft technology at AEA 2019, there is a clear trend toward consolidated hardware designs and multi-functioning systems with digital services provided by one or a collection of companies.

Nearly all of the above-mentioned companies have added digital elements to their onboard systems and electronics that can effectively extend their worth, giving operators the ability to digitally customize how their aircraft acquires, analyzes and transmits flight data between the aircraft and ground-based servers and applications.

BendixKing is another company embracing digital aviation, as provided in a pre AEA 2019 interview to Avionics International, the majority of the company's new certified avionics on display this year will also feature an experimental version. 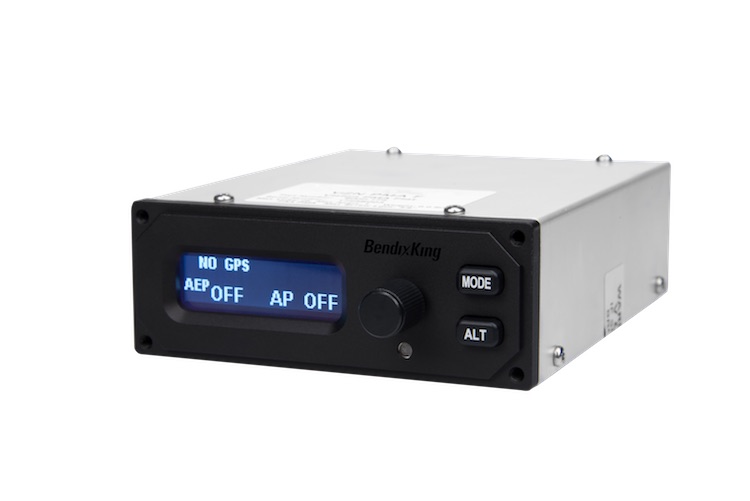 Stephane Fymat, vice president of product management for BendixKing, told Avionics International the entrance into the experimental market has lead to an expansion in innovation and speed to market for new avionics.

“Increasingly those two worlds are blending,” Fymat said. “A lot of innovation happens there, it’s a much faster cycle in terms of bringing new products to the market, so by being in the experimental game we’re in a mode where we have to rapidly innovate.”

Along with nearly new piece of certified technology at AEA 2019 this year, the company has an experimental version as well. 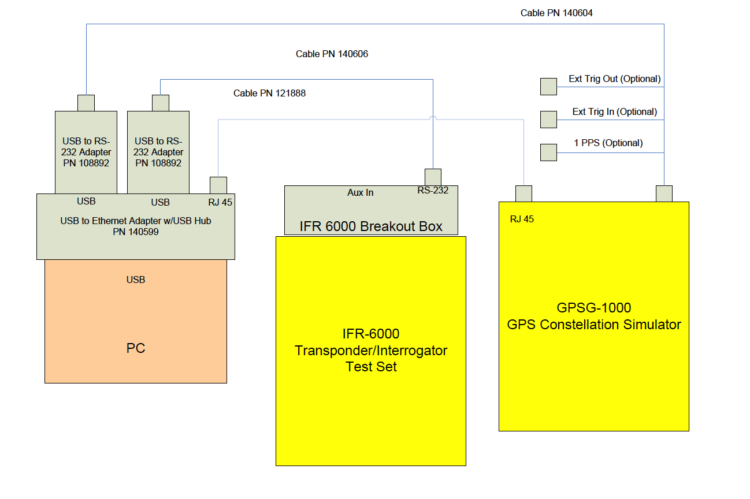 A diagram showing how Viavi's ADS-B Integrity application uses USB ports to connect a PC to a transponder/interrogator and GPS Constellation Simulator.

New navigation systems technologies will also be on display this year, including the new eye-controlled flight management system concept from Elbit Technologies, first released at NBAA 2018. 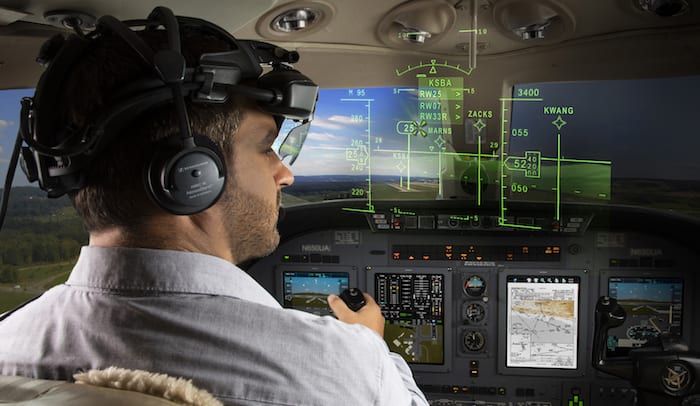 Other navigation system suppliers at AEA include Genesys Aerosystems, which has begun the certification process for a visual flight rules version of their helicopter stability augmentation system on the Bell 505. The system is already certified as a retrofit option on the Bell 206B, 206L and 407. 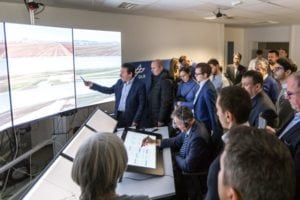 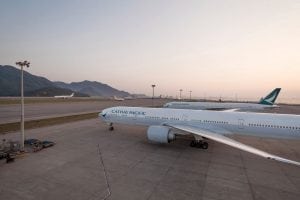