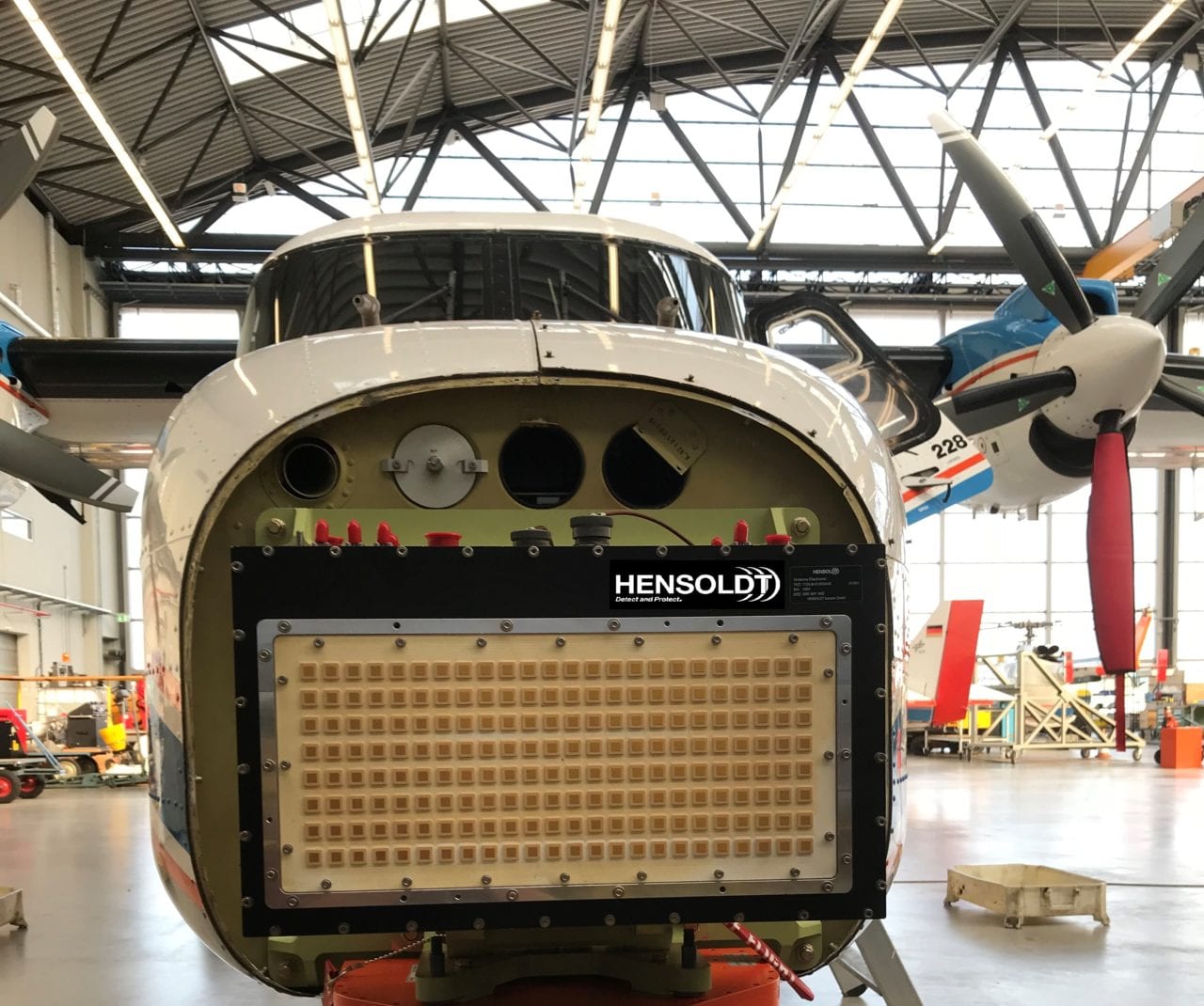 HENSOLDT's detect-and-avoid radar mounted on the front of a Dornier Do 228. (HENSOLDT)

The German sensor provider developed a radar system that it says provides unmanned vehicles with "early warning of any threat of a collision following precise evaluation of the flight direction," while at the same time operating as weather radar. It is an active electronically scanned, phased array, like many aircraft use for fast, reliable, short-range radar.

The flight tests were carried out in collaboration with the DLR, the German Aerospace Center, on behalf of the German procurement authority, BAAINBw. HENSOLDT's radar was installed on a DLR Dornier Do 228 and spent several hours being tried in the air above Brunswick. According to HENSOLDT, it reliably detected aircraft approaching from different altitudes and angles.

The company is pitching the radar system to both military and civilian UAS. Militaries want smarter drones that can better avoid harm while operating in foreign theaters. Meanwhile, in countries such as the U.S., detect-and-avoid technology is one requirement for getting approved for beyond-visual-line-of-sight (BVLOS) flight. Commercial BVLOS operations are still in their nascent stages, but companies are very interested for the potential money they could save conducting unmanned package delivery and site inspection if operators don't have to be on site supervising.

Another round of tests is slated for mid-2019. The radar is not yet attached to any particular program, according to a HENSOLDT representative, but as a technology study for BAAINBw, proves the technology is ready for full-scale development.

UPDATE: This story was updated on Jan. 22 with further information about next steps for the program.