From Air Force to Avionics: One AIT Engineer’s Path 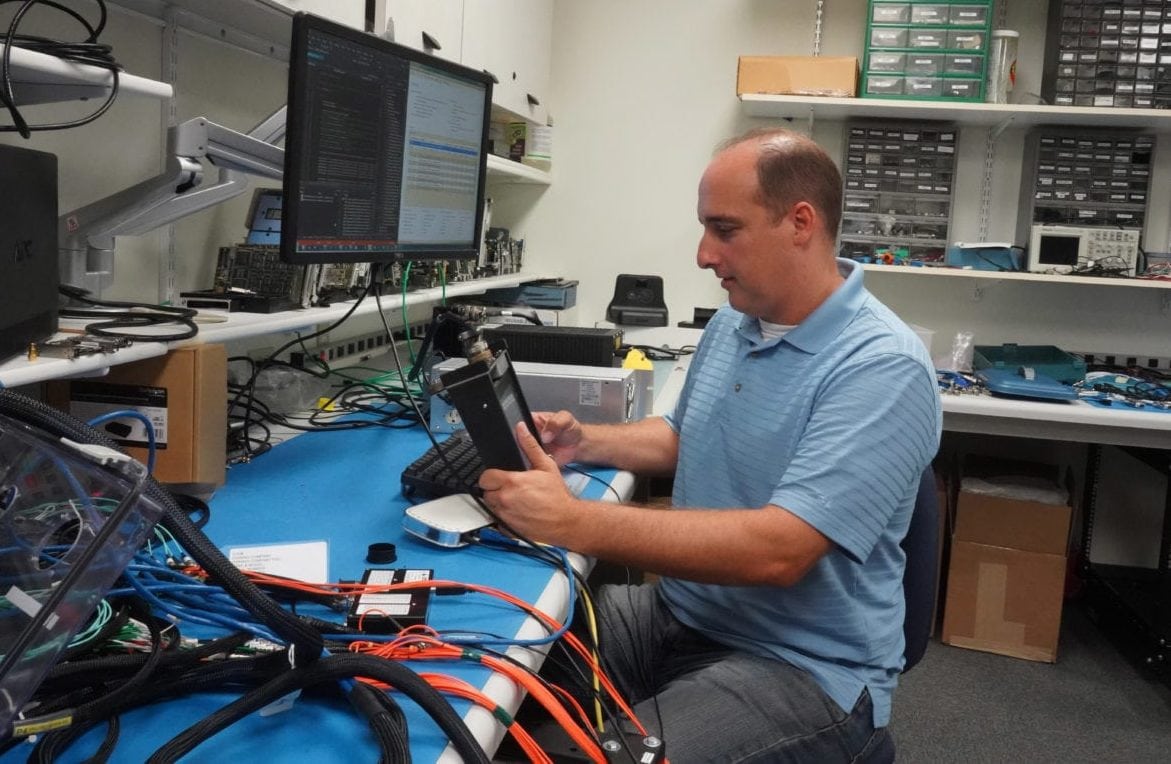 Chris Hartley had to get his parents to sign a waiver so he could sign up for the U.S. Air Force at 17.

Now a software engineer for Teradyne subsidiary Avionics Interface Technologies, at the time he had just finished high school in his native Nebraska and knew he wasn’t ready for college. He had always been interested in electronics, so he wanted to pursue that while in the military.

Hartley was in technical school for electronic warfare systems slated for an assignment at North Carolina’s Pope Air Force base when he says he overheard another recruit talking about a volunteer assignment as an airborne maintenance technician. The one downside was that instead of North Carolina, you would get assigned to Omaha, Nebraska.

He ended up flying as a technician on an RC-135 reconnaissance aircraft, responsible for the continued functionality of the avionics and reconnaissance systems onboard.

“For me being that young, to actually fly on missions was pretty great,” he said.

After his four years were up, Hartley went to the University of Nebraska for computer engineering—half electrical engineering, half computer science, he says—before finding his way back into avionics.

Hartley spoke to Avionics about that path and his work at AIT.

Did you know you wanted to go back into aerospace?

No. I've always been really into electronics. My dad taught electronics at the community college in my hometown. And I actually didn't think that I would go back into anything aviation or military-related, to be honest.

I'm a software engineer. We're a pretty small group, so we wear a lot of hats. Within that, I probably focus more on GUI (graphical user interface) development, but we also write software drivers, configuration management like utilities—embedded software that goes in the FPGA, so we kind of run the gamut. But I tend to focus more on the GUI side of things.

What’s your role in working with customers?

We as a company tend to work pretty closely with customers because every application for our product seems to need a little bit of customization, trying to help bend our tools and software and products to meet their needs. That's where we, I think, excel versus a lot of companies, as we don't try to make something that's just a one-size-fits-all product. We try to really help the customer get exactly what they really need.

Can you provide any specific examples of that?

One of our big pushes in the last few years has been into flight test. We developed a product for a military aircraft OEM to do in-flight data aggregation. So, it takes data from a variety of different avionics buses and can send it to a recorder or filter out specific data that needs to be transmitted through a telemetry link to a ground station. That's not something we would be able to develop on our own without working closely with the customer and figuring out exactly how they need to be able to pull data off of the aircraft and how they need to interpret it on the ground and what different buses they would need to monitor.

Have you worked on any projects that stand out to you as having been notably interesting or fun?

And then software engineering-wise, there was a lot of new technologies that we hadn't used here that we started using for that in terms of C# and .net software that wasn't new but it was new for us, so it was fun to figure out how to leverage those so that we could get a lot of software done quickly.

You worked at Garmin. How is it different working at a small software shop like AIT compared to a company like that, which has such a defined footprint in the avionics industry?

Garmin is a great place to work, too. And, actually, I was there as they were really growing a lot. They started pretty small. It wasn't that big of a company when I started working there. By the time I left, they were occupying three or four times as much space as they were when I got there.

So, yeah, that is different there. You can kind of live in your own little space more, whereas here you have to jump in and out of a lot of different things wherever it's needed. I kind of like that better, though. 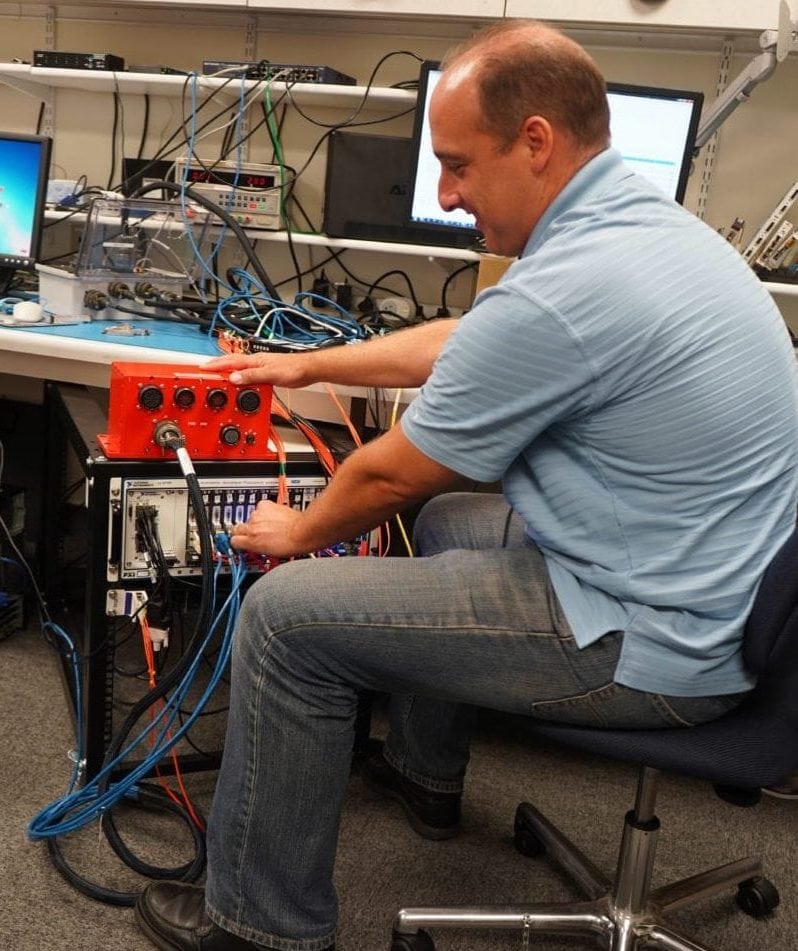 Does AIT have anything in the works that you can tell me about?

Do you have a timeline for that?

Not really. We're hoping to have something this year.

You first got started working with avionics when you were quite young. How have you seen things change?

The amount of software that's going into everything is kind of crazy when you really think about it. The hardware that's enabled that, too: you almost now have unlimited processing, unlimited memory, unlimited storage; when you compare it to what things were like in 1995, that's how it feels.

And it almost sometimes becomes a little bit of a crutch, I guess. We don't spend as much time optimizing performance and things like that just because it doesn't end up being as necessary as it once was.

What changes do you predict in avionics for the next few years?

More real-time data coming off of an aircraft, not just in flight tests but in operational situations as well.

On the data loader side, right now, a lot of data loader products are mostly focused on just upgrading software that's loaded on the aircraft but there's going to be a lot more data coming off the aircraft in the near future. We have to account for that as well.

We see ourselves as trying to get that data into the right people's hands. I think fortunately for us, we don't have to help them too much figure out what to do with it.

How big is data security for AIT?

That's a huge push right now. I feel like every engagement that we're in, that that issue comes up. We’re definitely working toward having solutions for those issues because it's becoming very important.

What do you think of the state of crossover between the civil and defense industries?

I think that's probably better now than it has been in the past just because of the consolidation that's happened in the industry anyway. Boeing is an example of just one company that's got a wide gamut of both products, so there's going to be cross-pollination there. I don't necessarily see it as something that's lacking. I think it's actually something that's improved a lot, and will continue to do so.

I think companies like Space X shake things up a little bit too. you see how much they can vertically integrate everything in there and it's like, "Oh, maybe we need to rethink how we do some of that stuff."

What hobbies do you have outside of AIT?

Well, see, I have two little kids so that keeps me busy.

But we try to do as much outdoor activity as possible—camping and sightseeing, and we go to the ocean every year and spend time on the beach in North Carolina.

I'm a big Nebraska football fan, so that's another hobby that keeps me busy in the fall.

Does engineering or software design make its way into your home life?

That kind of comes in waves. I think there are times where I find myself doing a lot of stuff like that in my spare time. And then there are times where I've realized that I need to turn that stuff off. At the end of the day, I actually try and be as non-technical as possible from 5 p.m. until 8 a.m. the next day.

I do a lot of tinkering, though. I've always been that way, with my dad teaching electronics. I definitely had little bits of circuits around. Little Arduino projects. Now, I enable my kids to experience some of that stuff too. … It’s fun for them at that age.

This interview has been edited for length and clarity. 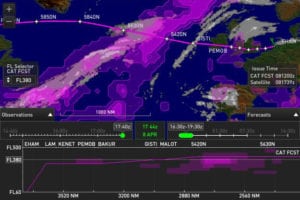