Five Big Aviation Technology Acquisitions You Might Have Missed

2015 has been a huge year in terms of acquisitions, consolidations and mergers across various segments of the global aviation industry. Several of these acquisitions will have a major impact on the aircraft connectivity market, airspace modernization projects in the U.S. and Europe — NextGen and the Single European Sky — and the introduction of new innovative solutions going forward for end users in both the commercial and defense sectors of the industry.
Here is a look at some of the top acquisitions that have occurred in 2015 so far, with a look at the impact they may have on different segments of the industry. Rockwell Collins announced the acquisition of ICG on Aug. 6. Photo: Rockwell Collins.
1. Harris Acquires Exelis
Harris Corp. announced the acquisition of Exelis in February, combining two entities that have been major players in the FAA's NextGen program. Exelis completed the implementation of the Automatic Dependent Surveillance-Broadcast (ADS-B) ground station network in 2014, and the FAA awarded Harris the 2012 seven-year $331 million contract to provide integration and engineering services for the end-to-end DataComm system, including management and delivery of data communications services leveraging commercial air-to-ground digital data link networks to connect FAA Air Traffic Control (ATC) sites and data communications-equipped aircraft.
The Exelis acquisition gives Harris control over the ground infrastructure components for two major segments of NextGen. And that's only on the commercial side of the business for Harris.
According to Teal Group's recently published annual defense and aerospace companies overview, Harris Corp.'s profits have increased "fourteen fold" since 2003. Earlier this summer, Harris’ Vice President of Business Development Andy Dunn told Avionics Magazine that the acquisition of Exelis also places the company in a better position to provide innovative electronic warfare solutions for the defense market.
2. Rockwell Collins Acquires ICG
Barring another major acquisition later this year, Rockwell Collins acquisition of International Communications Group (ICG) is the largest in the avionics market this year.
Independently, ICG was already a major player, supplying satellite-based global voice and data communications solutions primarily for business aviation operators. The company was making a major push for business jet operators with its NxLinkSeries of flight deck communications systems as operators look to equip their aircraft with Future Air Navigation System (FANS 1/A) avionics to take advantage of the most optimal routes in the North Atlantic Tracks.
Now, Rockwell Collins has integrated ICG's latest generation of satellite communications terminals and smart routers into the company’s already growing line of flight deck and cabin connectivity offerings. In June, the manufacturer released an e-book, "Harnessing the Power of Aviation's Information Age," which predicts the number of active air transport and business aircraft will grow to nearly 85,000 by 2030, with 80 percent of those aircraft equipped with new information-enabled avionics systems.
The acquisition of ICG only broadens Rockwell Collins' inventory of onboard connected aircraft technology, as it follows their 2013 acquisition of ARINC, which has already proven to be a major plus.
3. Aspen Acquires Accord Technology
Aspen Avionics announced the acquisition of Phoenix-based Accord Technology, a major producer of aircraft GPS solutions.
The combination of the two companies under the Aspen name creates a unique opportunity for Aspen to increase its positioning to target the thousands of General Aviation (GA) aircraft that still need to equip with rule-compliant ADS-B Out avionics by 2020 in both the U.S. and Europe.
NEXA Capital Partners, a middle market investment banking firm that is providing financing for NextGen avionics solutions, represented Aspen in its acquisition of Accord. Michael Dyment, managing partner of NEXA, believes the acquisition will be a "significant event for the aviation industry" that will assist Aspen in capturing more NextGen avionics opportunities, including display-based and Original Equipment Manufacturer (OEM) products.
4. Global Eagle Acquires masFlight and navAero
At the beginning of August, Global Eagle Entertainment (GEE) announced the acquisition of masFlight and navAero.
GEE was already in a strong position in the global connected aircraft market, providing cabin-based In-flight Entertainment and Connectivity (IFEC) technology. In January, Boeing announced GEE's Ku-band satellite connectivity system provisions will be a line-fit option on all 737 aircraft going forward. The California-based manufacturer is also already providing Wi-Fi and IFE content to more than 200 airlines internationally.
However, now GEE's new "Operations Solutions" business line can go beyond its strong cabin presence to offer airlines more solutions that will add value to commercial airline cockpits. The companion now has all three major elements that an airline needs for operational use of connectivity with masFlight's flight operational data analytics platform, navAero's Electronic Flight Bag (EFB) and cockpit data solutions, and GEE's Ku-based satellite service providing connectivity.
5. Panasonic Acquires ITC Global
Panasonic Corp. completed the acquisition of satellite communications provider ITC Global on Aug. 7.
ITC primarily provides satellite communication services for the energy, mining and maritime markets, but under the acquisition, the Houston, Texas-based company will become an independent unit of Panasonic Avionics. By combining complimentary strengths, the biggest gain of this acquisition for Panasonic is adding more satellite-based connectivity bandwidth to its portfolio. The Panasonic Avionics satellite network already covers 99 percent of all airline flight hours and 98 percent of all maritime traffic routes and the company is currently in the process of adding increased High Throughput Satellite (HTS) capacity across the globe.

The acquisition of ITC only adds strength to the avionics division of Panasonic, which recently delivered its 800th aircraft equipped with eXConnect to United Airlines on a Boeing 757-200. Demand remains strong for exConnect too, as it is expected to achieve its 1,000th aircraft installation by the end of 2015 amid an order backlog of over 2,300 aircraft. 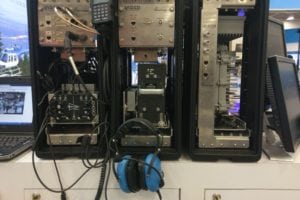 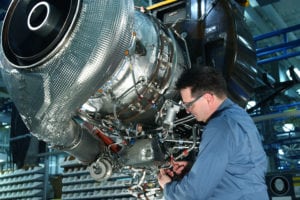 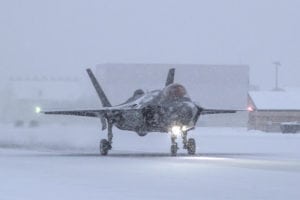