The U.S. House Armed Services Committee (HASC) approved its fiscal year 2019 defense authorization bill by a 60-to-1 vote early May 10 after more than 14 hours of deliberations on various amendments.

The overall bill would provide $717 billion for defense, including the purchase of 13 U.S. Navy ships, three more than the presidential administration requested, and at least the 77 Lockheed Martin-built F-35 Joint Strike Fighters that the administration requested. It would direct the U.S. Air Force to proceed with replacing its aging E-8C JSTARS ground-surveillance aircraft, something the service has resisted doing.

The committee voted 33-to-28 to approve an amendment by California Rep. Steve Knight to preserve the U.S. Defense Department's Test Resource Management Center. The bill had targeted the center for potential elimination.

Texas Rep. Mac Thornberry, the HASC’s chairman, said the center's functions should be transferred to the new undersecretary of defense for research and engineering to avoid duplication. But Knight argued that the center provides “a crucial part of the Defense Department’s test and evaluation capabilities” for new weapon systems and should remain intact.

The committee voted 33-to-27, to approve an amendment by Alabama Rep. Mike Rogers endorsing the DOD’s recent nuclear posture review, including its call to develop low-yield nuclear warheads and a sea-launched nuclear cruise missile.

Rogers asserted that the U.S. needs to beef up its nuclear arsenal to counter growing threats, especially from Russia. Opponents, including Washington Rep. Adam Smith, the HASC’s ranking Democrat, countered that developing new nuclear weapons could spur a costly and dangerous arms race.

The committee defeated, by voice vote, an amendment by Ohio Rep. Mike Turner that would have allowed the DOD to avoid creating a U.S. Space Command if the department's upcoming congressionally mandated report on space management does not call for such a command. Tennessee Rep. Jim Cooper said the new command, which would promote joint space warfighting, is needed now to better defend American spacecraft and “avoid a space Pearl Harbor.”

The U.S. Senate Armed Services Committee is slated to take up its version of the bill the week of May 21 to 25. 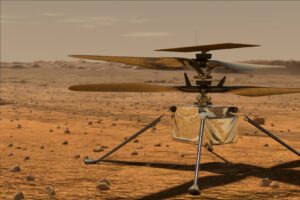