Orbital ATK provides a modular anti-unmanned aerial vehicle defense system, which can be affixed to different platforms and allows drones to be detected and tracked. The chain gun, which at the event was mounted to a Stryker combat vehicle, can work independently or together with the defense system to destroy drones or other threats.

Another option Orbital ATK demonstrated for defeating drones was its XM25 shoulder-mounted weapon, whose fire control system and airburst ammunition has proven up to the task.

Orbital ATK VP Dan Olson stressed the importance of using technology that is already proven, so that it can be prepared and delivered to soldiers sooner. 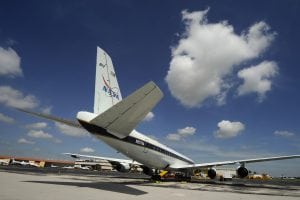