November was another active month across all segments of aviation, with Airbus announcing plans to fly the E-Fan X demonstrator by 2020, China unveiling major investments for in-flight connectivity infrastructure and major deals occurring at the 2017 Dubai Airshow. Here's a list of the 10 most-read stories for Avionics in November 2017.

The government of Guangzhou City and Bluefocus IFEC Technology are set to jointly establish the “Belt and Road” in-flight internet fund with a capital injection of 10 billion yuan ($1.5 billion).

The FAA said FlightScan Corp. wants to certificate the Camcopter S-100, a helicopter-shaped unmanned aircraft system originally from Schiebel. The agency is now looking for public comments on proposed airworthiness criteria for the drone. This is a “first,” according to the agency.

Airbus, Rolls-Royce and Siemens are targeting 2020 for the first flight of the E-Fan X. The companies see the first flight of this “near-term demonstrator” as a major step toward achieving Airbus CTO Paul Eremenko’s goal of introducing electric hybrid propulsion technology into future passenger airframe designs.

6. Cellular and Satellite Networks Will Enable ‘MultiLink’ Future of ACARS

New cellular and satellite communications networks could end up carrying the bulk of the data communicated between aircraft and air traffic controllers, airline operations centers, original equipment manufacturers (OEMs) and more in the future, according to a new white paper published by Sitaonair.

Current ADS-B Out technology isn’t perfect. Some who have already installed the equipment have been faced with technical difficulties.

Airbus outpost A3 still insists its Vahana prototype aircraft will make its first flight before the end of 2017.

3. These OEMs Made Blockbuster Deals at the Dubai Airshow

It has been said that the Dubai Airshow is where deals are made. That proved true for several lessors and OEMs at the show’s most recent installment.

Under a newly issued notice of proposed rulemaking, the FAA is considering an elimination of special conditions that are currently required for obtaining certification of new helicopter airframes and components.

A team of government, industry and academic officials successfully demonstrated that a commercial aircraft could be remotely hacked in a non-laboratory setting last year, a U.S. Department of Homeland Security official said during a keynote speech at the 2017 CyberSat Summit in Tysons Corner, Virginia. 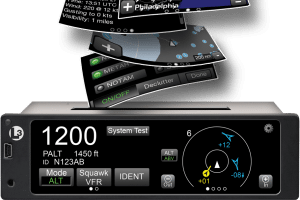