Under a newly issued notice of proposed rulemaking (NPRM), the FAA is considering an elimination of special conditions that are currently required for obtaining certification of new helicopter airframes and components. The proposed rule changes are designed to specifically modernize the way Part 27 and 29 category rotorcraft are certificated.

The FAA published its new NPRM Nov. 1 with a specific focus on addressing increasing design complexity and new technologies that are being introduced on modern helicopters. The agency wants to provide better clarification of safety requirements for new technologies being featured on modern rotorcraft. There is also a specific focus on addressing increased automation in primary flight controls featured on Part 27 and 29 helicopters, according to the notice.

The FAA went through a similar certification reform process in recent years aimed at changing outdated Part 23 certification standards. That ultimately led to the creation of a new Part 23 rule in December 2016.

One of the most significant avionics-related changes featured under newly proposed certification standards for Part 27 and 29 helicopters is to combine the requirements for automatic pilot and flight director systems into one rule. When the FAA’s current guidance for automatic pilot systems were originally drafted, the functionality of such systems required a separate rule for each system. The rule change would address the evolution of such systems that are now referred to as “automatic flight guidance and control systems,” the NPRM says.

Some of the latest helicopter cockpits that show the evolution of avionics being featured in new Part 27 and 29 airframes include the Airbus Helionix cockpit, as well as the cockpits that the Boeing-Leonardo and Sierra Nevada teams are proposing as replacements for the U.S. Air Force's UH-1N Huey.

The proposal also addresses the continued infusion of complicated microprocessor technology into highly integrated systems featured on modern helicopters. Current FAA Part 27 and 29 rotorcraft certification rules require the isolation of pilot instrumentation systems from other operating systems featured on rotorcraft. This requirement stems from the agency’s preference for pilot instrumentation systems not to be compromised by faults or failures in any other systems.

However, as the NPRM states, this requirement for physical independence is no longer a concern as modern helicopter avionics are designed to allow different systems to report and compare information in a way that does not negatively affect performance of the pilot system. Therefore, the FAA is proposing to “revise § 29.1333(a) and section VIII(b)(5)(i) of appendix B to parts 27 and 29” to make this requirement only applicable to pneumatic systems.

“These proposed changes would allow for the use of modern technology to monitor and display highly integrated information regarding the rotorcraft that is currently not permitted,” the NPRM says.

There is also a proposal to significantly change the way the FAA certificates electrical systems and energy storage equipment. Rather than specifically developing regulations around lithium batteries or any specific new technologies, the agency is proposing to address all future energy storage chemistries with a new regulation category providing general regulation that would accommodate any energy storage system. The new approach would allow the agency to address new energy storage devices that have not yet been developed.

The FAA is seeking comments from the industry on the newly proposed changes to Part 27/29 certification standards by Jan. 30, 2018. 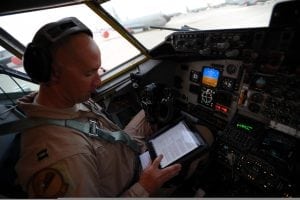